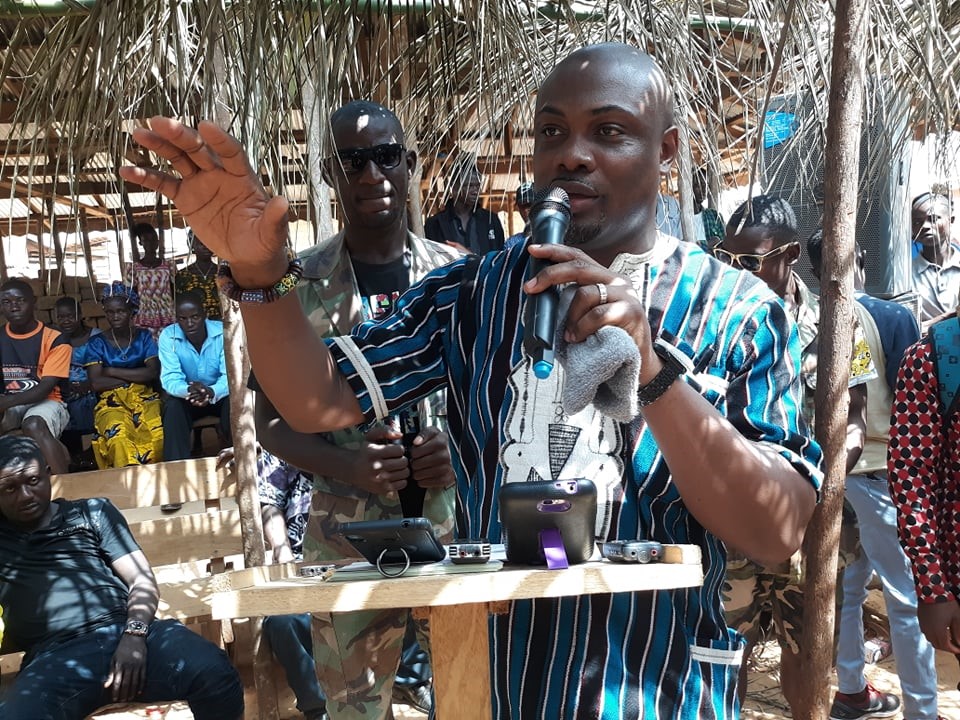 SANNIQUELLIE, Nimba – An executive member of a constituent party of the opposition Collaborating Political Parties says he will run as an independent candidate for senator of Nimba despite the CPP endorsing the Liberty Party’s Edith Gongloe-Weh to contest on its ticket.

Taa Wongbe of the Alternative National Congress, one of the parties that is part of the CPP, has announced that he has registered as an independent candidate for the Dec. 8 election in Nimba.

Following rioting at the CPP’s September 6 primary in Sanniquellie, Gongloe-Weh was announced as the winner of a contest that was conducted in the immediate aftermath of the tension.

The goal was for the four opposition parties, including Unity Party and the All Liberian Party, to rally behind a single candidate to support in the senatorial contest. But a day after the chaotic primary of which Gongloe-Weh was announced the winner with 127 to 6 votes from delegates, supporters of Wongbe rejected the outcome of the process, claiming that their candidate was prevented from participating, thus rendering the primary process not free and fair.

Alexander Cummings, the political leader of Wongbe’s ANC and the current chair of the CPP, also criticized the primary process: “Everyone deserved to be given a chance to participate in the primary process in a safe, free, and fair environment. That did not happen.”

However, to the dismay of many supporters of Wongbe, Cummings joined the other parties in the CPP on September 19 to endorse Gongloe-Weh as the CPP candidate in Nimba. In a Facebook post, Cummings did, however, renew his condemnation of the violence and called the Nimba primary process “incomplete and invalid.”

“I reiterate my position and remain firm that no candidate won the Nimba primary. Under the circumstances, it may be logical to split the biblical baby as in King Solomon’s days – to allow each of the candidates (Taa Wongbe and Edith Gongloe-Weh) to freely contest as independent candidates if they choose. And that choice is theirs to make,” he wrote.

Cummings emphasized that he was focused on the bigger picture of “saving Liberia by keeping the CPP together.” Calling the move to have the CPP endorse Gongloe-Weh as the CPP candidate in Nimba a “sacrifice,” the ANC leader said his party was committed to increasing female representation within the legislature.

Days after the CPP officially endorsed Gongloe-Weh, Wongbe announced via a video on his Facebook page that he had registered with the National Elections Commission to contest as an independent candidate.

Wongbe had previously signed a Memorandum of Understanding prior to the Nimba primary committing to not running as an independent should he lose the primary.

Wongbe said he was not violating the MOU he had previously signed by running as an independent; rather, because the outcome of the primary was nullified, the terms of the document was not binding on him.

He believes he has a lot to contribute to Nimba if elected senator in December.

“I am 41-years-old and look at what I have contributed to Nimba without a government job,” he said. “I am fighting for young people and the women and so just imagine, if I have done all these things outside of politics, I believe I can do more for our people when I represent the people of Nimba County. This is about leadership. I will walk in the bushes, in the towns, villages and cities with my message so the people can support me and I believe that, come December 8, 2020, I will be massively voted for by the people of Nimba.”

Wongbe, however, now appears disillusioned with the CPP. On his Facebook page, he has called the grouping a hypocrite and alleged that though the CPP nominated candidates in all 15 counties to contest on its ticket, constituent parties are secretly supporting other candidates against those the coalition nominated.