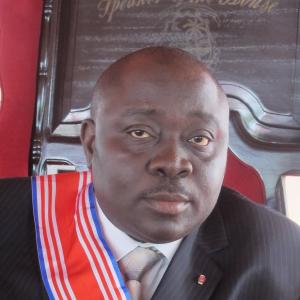 TEHR, Bomi – Ahead of the senatorial elections in October this year, the former speaker of the House of Representatives, Alex Tyler, has received a petition to contest for a senatorial seat in Bomi.

Some residents of the newly established Tehr District petitioned Tyler on Sunday, January 12 during an elaborate ceremony held in Zordee Town. Read by one of the elders, the petition recounted the development impact of the former lawmaker, including the creation of jobs through his private farm and provision of scholarships.

The petition also recounted that Tyler constructed a market building and was instrumental in the creation of the district, as well as the recent construction of a clinic in Senjeh district even when he was no longer a lawmaker.

In response to the petition, the former speaker thanked the citizens of Tehr District for recognizing his contributions while serving in the past as a lawmaker.

“I trust the people of Tehr District when they say they’re for you, they’ve always demonstrated that,” he said.

“You did it by supporting Senator [Morris] Saytumah and also supported Rep. [Manah] Bishop; I know you can do it again.”

The petitioning ceremony was graced by a cross-section of citizens and officials, including Senator Morris Saytumah, Rep. Manah Bishop of Bomi’s second district, and Bomi county superintendent Adama Robinson. Bishop, in a brief remark, described the citizens’ petition as “a clear manifestation of the willingness of the people to elect their own son” in the upcoming senatorial election. 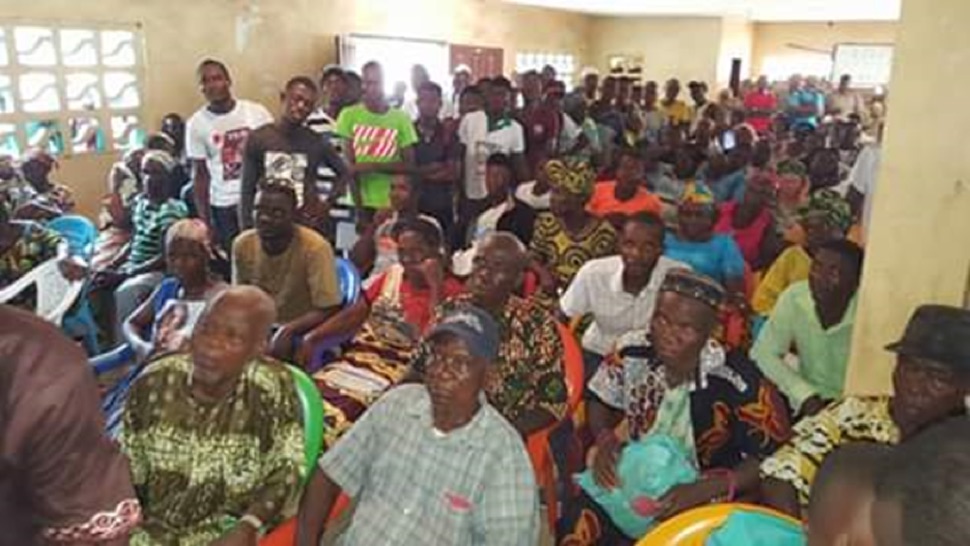 However, a controversy sparked over the petition two days after, when some youths of the district openly disassociated themselves from the decision.

During a radio show on Tuesday, Sass Town Development chairman Boima Russell and two other prominent youths, Sando Kawah and Joseph Gonnah, said Tyler’s petitioning was stage-managed. They added that the chiefs of the district were financially induced to organize the ceremony.

The youths believe that Tyler should not be petitioned to contest in the pending senatorial election because he has no legacy in the county or the district.

“Former Speaker Tyler has done nothing to deserve a senatorial seat. All the years he served as Speaker, Bomi cannot boast of anything,” the statement read.

“We will campaign from door to door so that he cannot become senator of this county, or else some of us will leave Bomi and return no more.”

Tyler served as representative of Klay District for two successive terms and became speaker during the latter part of the 52nd legislature.

He was removed as speaker of the House in September 2016 following the recommendation of a report from the House’s Committee on Rules, Order, and Administration, which investigated him for allegations of bribery and other criminal acts while serving the position. Tyler was earlier forced to recuse himself as the presiding officer of the body while he stood trial after being indicted on bribery allegations.

The anti-corruption watchdog, Global Witness, had released a report accusing Tyler and others of receiving bribes to change the Public Procurement and Concession Act to facilitate British company Sable Mining’s acquisition of mining rights over Wologissi Mountain in Lofa.

Although he did not recontest as representative in Bomi, the former speaker helped to form the Liberia People Democratic Party to contest for the presidency in 2017. However, his indictment apparently affected his political ambition to contest. His party joined the George Weah-led Coalition for Democratic Change that is now in power.

In June last year, President Weah nominated Tyler to represent the government on the board of ArcelorMittal, but immediately withdrew his name after public pressure.

The court cleared Tyler and the other defendants in the Sable Mining trial of all charges and announced the immediate restoration of all their rights as free citizens in early August 2019.

If the National Elections Commission accepts his nomination, Tyler will face incumbent senator Sando Johnson, former Bomi County Community College president Zobon Normon, former senator Lahai Lansana, and Ousman Dukley of Suen Mecca district. With these names, the race for the county’s senatorial seat is certain to be a tough one.