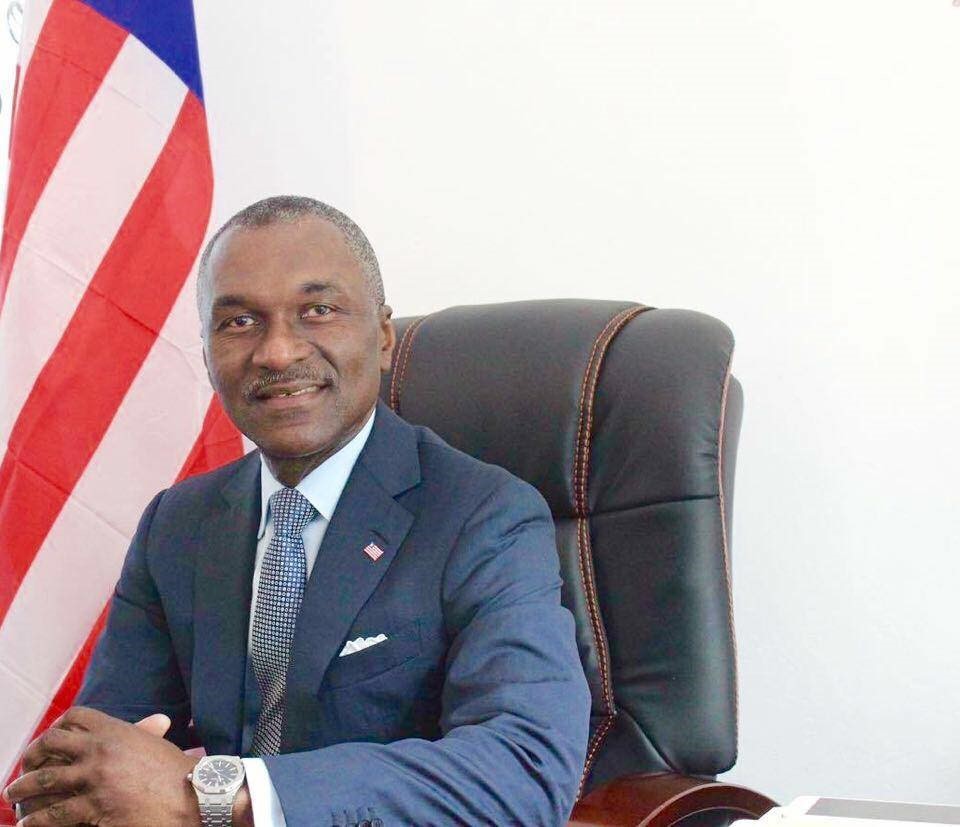 MONROVIA, Montserrado – Alexander Cummings, the political leader of the opposition Alternative National Congress has described the government headed by President George Weah under the Coalition for Democratic Change as inept.

Cummings made the statement Thursday, January 10, 2019, on the Costa Show on Roots FM in Monrovia.

According to the ANC political leader, Weah has admitted the incompetence of his government when he publically said â€˜if the competent is not available, the incompetent becomes availableâ€™.

He said no good leader would ever make such a statement in public about the incompetence of his or her government.

â€œThe reality is there are competent Liberians with vast experience that can help move the country forward,â€ he said.

In October 2018, the president upon arrival from United Nations General Assembly in New York told critics of his government that â€˜when the competent is not available, the non-competent becomes availableâ€™. The President was apparently responding to criticism that he was incompetent to run the affairs of the state.

The opposition leader said though the countryâ€™s decade long civil crisis was horrible, economic crimes have had the most devastating impact to where the country currently stands.

â€œAnd so, any leader who wants to lead Liberia must commit that he or she will go after people who have stolen and looted the country money,â€ he explained.

â€œWe will go after people with their roguish behavior when and if the Liberian people give us the opportunity to lead them,â€ he maintained.

The Political Leader of the ANC also noted that the Weahâ€™s administration is losing popularity because of its behavior noting that, â€œgovernment officials do not care about their roguish behavior, looting of state coffers, disrespecting the Public Procurement and Concessions Commission, commissioning ambassador without the Senate confirmation coupled with the culture of impunityâ€.

He said Liberians are feeling disrespected by their government because according to Cummings the anger is real, pointing out â€œthe incompetence, ineptitude coupled with the fact the government officials do not appear to care about the sufferings of the peopleâ€.

â€œIt is disheartening, discouraging and Liberians should be angry about what is happening to their country,â€ he asserted, noting that the disrespect for governance continues amid the arrogant behavior of government officials.

Touching on the alleged mysterious disappearance of L$16 billion from the Freeport of Monrovia and Roberts International Airport, the ANC Flag bearer said the report of the U.S. governmentâ€™s sanctioned report that is expected to be released soon must not be tempered for any geopolitical reasons.

â€œYou cannot live in a country or be a part of a society or organization where there are no consequences for bad behavior,â€ he stressed.

â€œThere have to be consequences and Liberians must demand such.â€

He said Liberians should not allow the issue of the L$16 billion and US$25 million infused into the economy by the president to mop out excess dollars to be swept under the carpet, adding: â€œWe want to know what happened to our moneyâ€.

He further called for actions against other reported malfeasance with regards to the funds intended for the general benefit of the majority of Liberians. He noted that the suffering of the Liberian people is directly tied to the stealing in government.

With almost a year into the CDC led administration, Cummings explained that he is worried and scared about the direction of the country.

â€œThe signs are very worrying about the way the country is being governed and it appears to be no interest, strategy from those in power to move things in a different direction,â€ he explained.

He meanwhile also urged Liberians to ensure there are consequences for bad behaviors and rewards for good behaviors.

He also emphasized the need for citizens to be alarmed by the disrespect for the rule of law continuously exhibited by the president, including the recent appointment and subsequent commissioning of a new ambassador to the U.S. without confirmation by the Senate as required by the constitution.

Patten was nominated by the president on December 29, 2018, and commissioned one day after without even a confirmation hearing by the Senate.