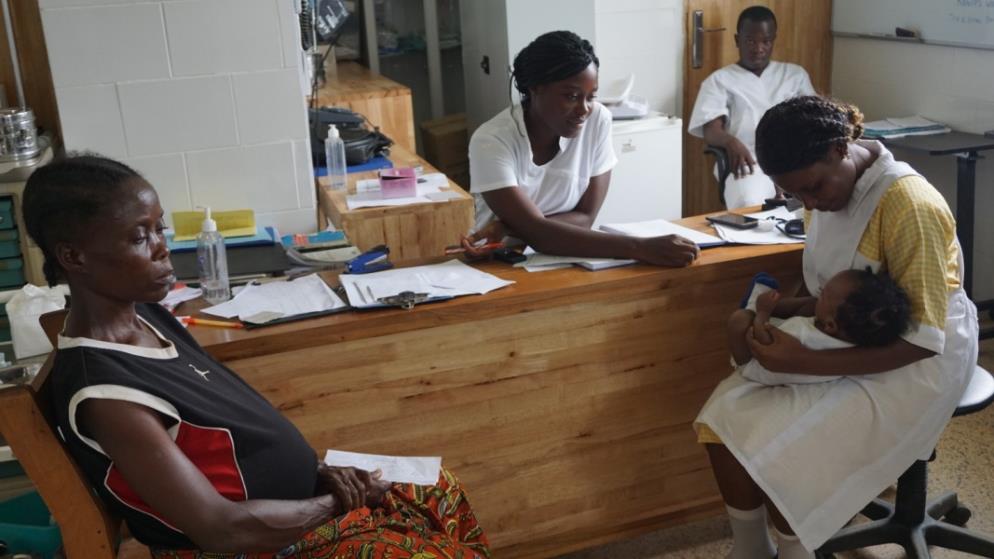 Speaking during a major press conference at his office on Tuesday, Dr. Methodius George, the county health officer, said the seven health workers were confirmed positive on July 5 after samples from eight health workers were tested at the National Reference Lab in Margibi.

Maryland’s county health officer told reporters during the press conference that the patients are isolated at the J. J. Dossen and the Pleebo Health Center, given the lack of a precautionary observation center in the county.

“Currently, we have 2 suspected cases and 50 contacts being reported by the county surveillance team both at the hospital and the community level,” Dr. George disclosed.

He expressed concern that the influx of cases among health workers could pose threats to the county’s health system. The additional cases mean that Maryland now has 10 active cases, all of which involve health workers. A few days before his current announcement, George had announced that three lab technicians had contracted the virus.

He noted that Maryland’s county health team was putting in place mechanisms to reduce the number of health workers contracting the virus at health facilities. However, he asked that members of the public should not hesitate to visit health facilities for treatment.

He said J. J. Dossen would now begin screening patients visiting the facility to prevent the virus from spreading to more health workers. George added that everyone entering the hospital’s compound would now be required to wear masks and observe social distancing.

Meanwhile, the hospital is awaiting two high profile test results, including that of Superintendent George A. Prowd and a media worker, Varney Kama. Both men had recently attended a gathering in Fish Town, along the River Gee-Maryland border to settle a longstanding land dispute between the two counties. At that event was River Cess’ Superintendent Philip Nyemah, who has now contracted COVID-19.

While Prowd says he did not come into direct contact with Nyemah, he has been quarantining himself.

“I will be observed from time to time by doctors. In so doing, I will not return to work until the observation period of 14 days is over,” he said.