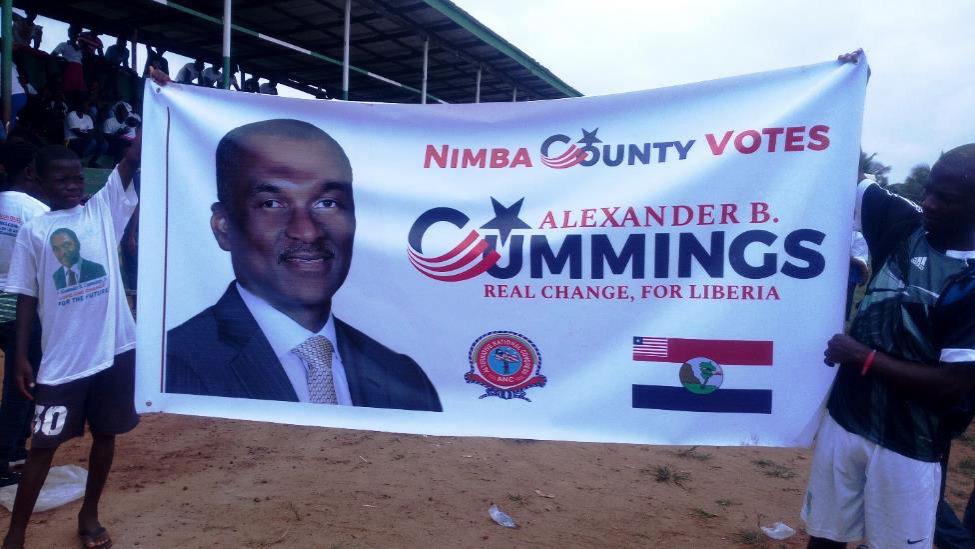 GANTA, Nimba â€“ The Nimba Chapter of the Alternative National Congress has strongly condemned the September 20 violence between the Coalition for Democratic Change and the Liberty Party in Sanniquellie.

The event occurred just ten days before the anniversary of the September 30 mob violence in Ganta that shocked the country and lead to the destruction of properties and a loss of one life.

Speaking to reporters in Ganta, the chairman of the party in Nimba, Watson Yarnue, said it was unfortunate that political parties would be found engaged in violent acts during the campaign.

Yarnue said it is prudent for political parties and their supporters to articulate their platform in a more responsible fashion as they go about campaigning for the October 10 elections.

â€œOur counties are faced with deplorable road conditions; there is a need that we contribute, even if we donâ€™t win â€“ letâ€™s say our platform and present our case to them on how we can contribute to the health and education systems of our country,â€ he said.
Yarnue said in the case of his standard-bearer, Alexander B. Cummings, he has been contributing to the health needs of the country by providing equipment such as CT scanners to clinics and hospitals.

About a week ago, members of Liberty Party and the Coalition for Democratic Change were involved in an altercation in Sanniquellie that left at least two persons with serious injuries according to police.

Similar incidents was reported to have taken place on the outskirts of Monrovia, this time involving the Coalition for Democratic Change and Unity Party.

Yarnue is calling on citizens to learn lessons from these incidents and begin to act more mature in the remaining days of the campaign.

â€œLetâ€™s tell our people what Cllr. Brumskine can do or what George Weah can do for the people of Liberia,â€ he added. â€œThese are the ways for us to go; it is not about violence.â€