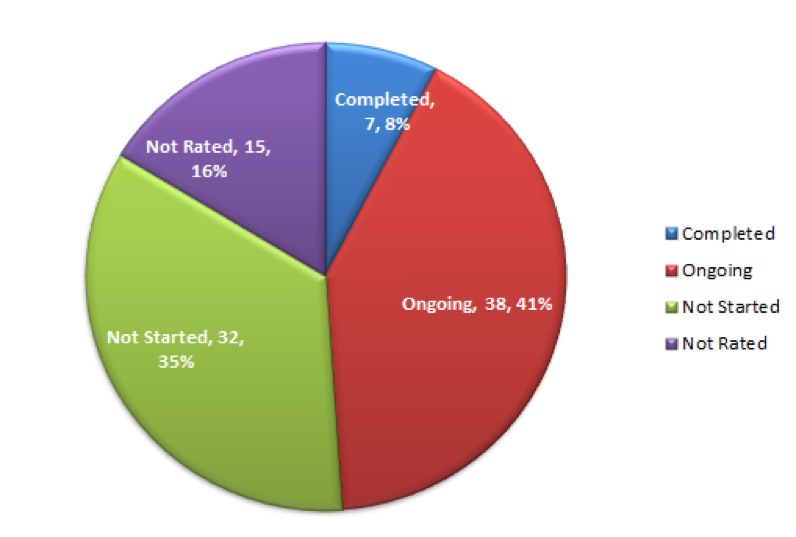 MONROVIA, Montserrado â€“ As Wednesday marked the end of the second year that President George Weah has been in office, a national pro-democracy group, NAYMOTE, says the president has only fulfilled only 7 of the 92 campaign promises he made.

NAYMOTE has been tracking Weahâ€™s performance on his campaign promises. The organization, through its President Meter project, monitored the performance of the president against promises he made during and after the 2017 elections. The group also tracked the governmentâ€™s development agenda from January 2018 to January 2020. At the end of the administrationâ€™s first year, Naymote said only five of the promises had been fulfilled.

The organization said 38 promises are still ongoing while 47 have not started or were not rated due to the lack of available information.

The 92 promises tracked were taken from the 2017 manifesto of the ruling Coalition for Democratic Change, campaign speeches, and policy statements made by Weah during the first two years of his presidency as well as through presidential priority projects.

The seven promises fulfilled by the government are the payment of standardized testing fees for all 12th graders in the country, renovation of the John F. Kennedy Memorial Hospital, passage of the Land Rights Act, and reduction of salaries for public officials in the executive. Others include the pavement of the Doe Community to Clara Town road, reconstruction of homes for fire victims of New Kru Town, and a review of the national curriculum for grade schools in the country.

Naymote noted some lapses in how the government was tackling some promises.

â€œIt was observed that during the two-year period, President George Weahâ€™s administration has taken no tangible actions on promises around accountability and anti-corruption, as well as promises on physically challenged and senior citizens, while limited efforts have been placed on gender equality, and justice and human rights in Liberia,â€ the organization said in its report.

Speaking at the official launch of the report in Monrovia, Naymote Executive Director Eddie Jarwolo said the President Meter Project aims to strengthen the countryâ€™s democracy.

He said his organizationâ€™s objective is providing the space for ordinary citizens to contribute and participate in their democracy and hold elected officials accountable for their campaign promises. 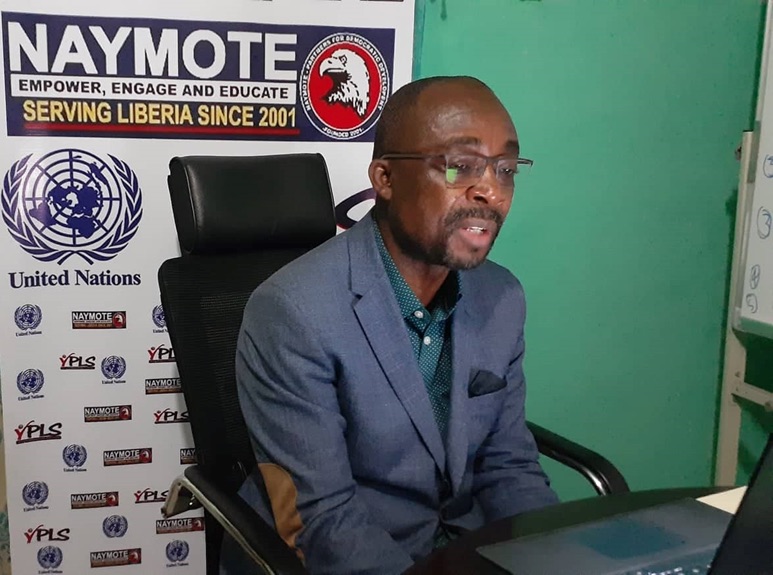 Meanwhile, Naymote has recommended that the government establish an inter-ministerial committee to coordinate its efforts in fulfilling promises and as well as set up a monitoring and evaluation system to monitor promises and link them to the pillars of the Pro-Poor Agenda for Prosperity and Development.

â€œWe want to also recommend cooperation from government institutions in terms of providing timely information to our President Meter project team,â€ Jarwolo said. â€œThat the government should develop a results-based communication strategy to facilitate a two-way flow of information between the government and citizens.â€

The President Meter Project is sponsor by the Open Society Initiative for West Africa or OSIWA.