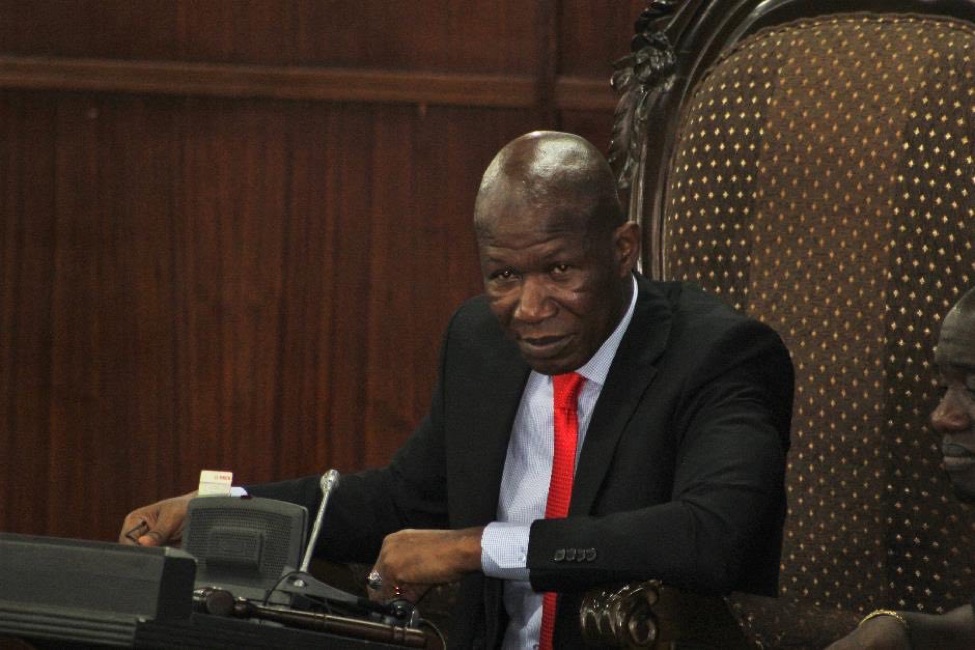 MONROVIA, Montserrado â€“ The 54th National Legislature has returned for its third sitting after an annual constituency break official ended over the weekend. A formal ceremony was held yesterday, January 13, to mark the resumption of the first branch of government for official business.

The legislature convenes for regular sessions once a year, on the second working Monday in January. In the House of Representatives, 40 of the 73 members attended the opening session.

The speaker of the House of Representatives, Bhofal Chambers, called on his colleagues to concentrate on creating an enhanced business environment to improve the countryâ€™s economy.

The Liberian economy has remained in a struggling position throughout during the first two years of President George Weahâ€™s administration. Chambers said it is imperative that lawmakers work to improve the economy. He called for constructive and positive laws to stimulate growth and development.

â€œEconomic growth is key for the nationâ€™s transformative agenda. We all have thoughts of undertaking and funding progressive priority projects for all of our people,â€ he said. â€œOur crystallized cognitive ability will lead us successfully.â€

He added that â€œthis can only happen under a vibrant economyâ€ that is critical for the proper funding of people-centered projects.

â€œLet us do nothing less than promoting and enacting more people-driven bills. As elected lawmakers, let us be reminded that we are here to serve the peopleâ€™s cause by performing a number of roles vital to the functioning of a healthy democracy,â€ he added.

â€œWe may choose to support the government or serve as opposition that offers alternative policies and programs in a constructive manner, but we are also here to intelligently provide our constituents with sympathetic hearing for their individual complaints, concerns or problems, and articulate their cause or case effectively.â€

He challenged his colleagues to uphold and respect the principles of representative democracy and set positive examples of responsible citizenship.

â€œOur people depend on us. We must deliver. It is a fact that we are the true guarantors of a functional government and a just society,â€ he added.

The speakers named the mining, fisheries, and forestry sectors as areas that can expand the economy and accelerate economic growth.

He further emphasized the need for critical reforms in forestry laws.

â€œThere is an urgent need for critical reforms in the laws managing the forest. Laws that are antiquated and unhelpful to the state must be amended or repealed to suit the best model,â€ he noted.

â€œIn the forest sector, there is almost zero growth. Sadly, increased conflicts within, amongst and between clans, communities, families, neighbors, friends, and even counties are so rampant.â€

He said amid conflicts over land issues, the country could learn from Germany, which generates at least â‚¬181 billion from annual sales of its forest or wood product, while also employing 1.1 million of its citizens in the wood market.

Also in the fishery sector, the speaker noted that Liberia is making giant strides, but cautioned that more needs to be done, drawing from practices in Norway and Vietnam, which are among few of the top fish and seafood exporting countries in the world.

The head of the first branch of government also expressed the need for a new practical and radical rethinking to ensure that the state benefits from the mining sector.

â€œThe state, through us, as representatives of the people, itself must look into running or managing some gold mines and use the contents as bullion to support the Liberian currency,â€ he added.

â€œOther laws in the sector need to be changed to suit the economic reality to ensure mutual benefit for investors and the state. Botswana is a classic case as to the fairness in the mining industry.â€

Chambers, who was elected to steer the affairs of the House during the inception of the 54th legislature, has been criticized for promoting division and ostracizing opposition views, thereby eroding the independence of the House. He has, however, vowed to promote a more participative and achievement-oriented leadership in the future.