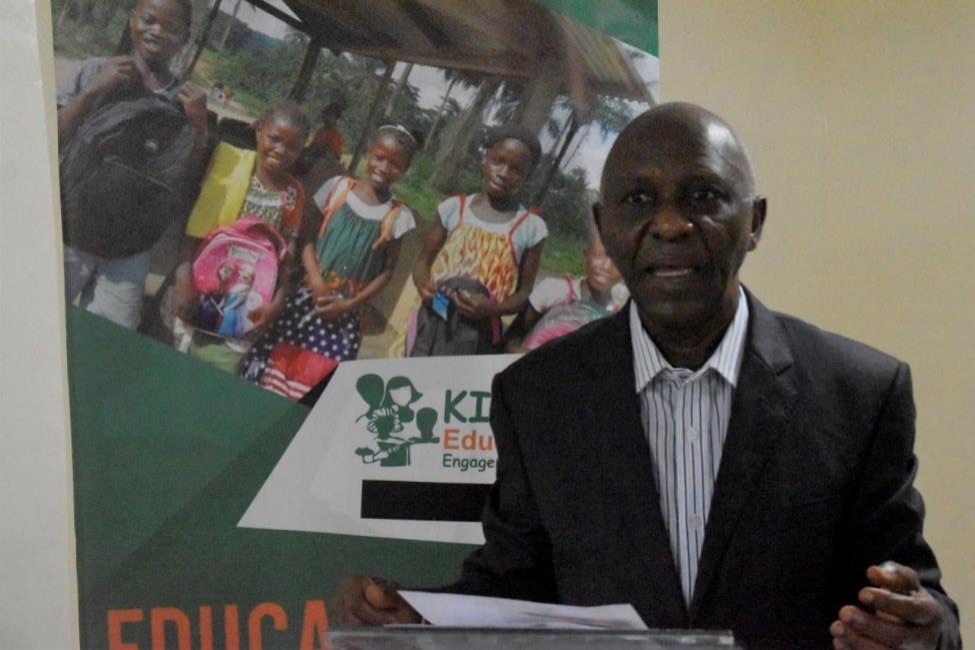 MONROVIA, Montserrado â€“ As he launched a national reading campaign, Education Minister Ansu Sonii says he wants to make reading a priority in the sector.

The education NGO, Kids Educational Engagement Project, or KEEP, launched its national reading campaign on Thursday. The campaign comprises of a series of programs and activities that would promote reading among high school students.

Performing the official launch ceremony, Sonii said making reading a flagship activity of education will change the negative characteristics of the sector.

â€œThis is a flagship activity which we believe we should all consider a flagship of the entire education sector,â€ he said.

The minister said unlike in the years before the 90s, students nowadays do not practice the culture of reading, a situation he blamed mostly on the countryâ€™s prolonged civil crisis. As a result of the poor reading and comprehension skills among students, he said the government intends to make a transition by increasing the curriculum for C certificates teacher training program from 9 to 12 months of study time, to improve the standard of teaching for early childhood education.

â€œThe key component of early childhood learning up to third grade is reading. It is for this reason, that weâ€™ve determined, beginning 2021, we shall now begin to administer assessment exams at the third-grade level,â€ he said. â€œWeâ€™re not talking about math, biology, and all that stuff, just know how to read, full stop.â€

He added, â€œWe will assess them also in the sixth grade and assess them in the ninth grade. So, by the time they are at the 12th-gradeÂ level, theyâ€™re good to go.â€

Sonii praised KEEP and its founder and executive director for the initiative and instructed staff at the ministry to ensure that reading becomes a major aspect of any curriculum and teaching methods that the country intends to adopt.

Aiming to promote a culture of reading, KEEP has now established 15 reading rooms in Montserrado, Bong, Grand Gedeh, River Cess, Grand Cape Mount, Gbarpolu, and Bomi. The organization says it has also trained 155 teachers in improved methods and strategies of reading, and 57 students in computer literacy, as well as distributed more than 26,000 books to schools and organizations while establishing reading clubs and conducting weekly reading sessions in communities.

Students and guest at the launch program. Photo by KEEP

The initiative was founded by Brenda Brewer-Moore in 2014 when schools and educational programs in the country were forced to shut down because of the Ebola outbreak.

Brewer-Moore said she started the initiative as a home study program for her two children and later decided to incorporate a limited number of her neighborsâ€™ children. But given the need to share with more children in her immediate surrounding, she got inspired to expand the program as a home study support to at least 20 kids in her neighborhood.

She said she soon realized that the program had expanded to more than 72 communities and benefitted more than 7,000 children over a six-month period, with the assistance of non-medical professional individuals who were also passionate about volunteering to provide assistance during the Ebola outbreak.

â€œThe one thing we realized during that time was that the kids would do the math worksheet, the one that had the clear numbers and they would do the coloring. They would not touch the reading assignments and most of the assignments have their answers at the back of the worksheet,â€ she said.

â€œWe had to break down the reading assignments to third-grade level before the sixth graders would be able to read. And even then, when you asked them questions from the reading passages, they would struggle.â€

She added, â€œPost-Ebola, we had about 25 volunteers at the time. I asked our team, what can we do? Do not just sit and complain about whatâ€™s not there. What can we do as Liberians? And everybody said start to promote the culture of reading.â€

Brewer-Moore said it was also then when she realized the challenge of the lack of conducive spaces or libraries in schools and the lack of books to encourage children to read.

She noted that KEEP reading campaign will launch additional reading rooms across the country and launch its activities into three additional counties â€“ Nimba, Maryland, and Bomi.

She also expressed her organizationâ€™s commitment to distributing more books to schools and communities to promote a reading culture in Liberia. She encouraged the support of parents and teachers in achieving the goal of the campaign.

The National Parents-Teachers Association Networkâ€™s vice president for operations, George Douglas, formed part of the formal launch ceremony and praised KEEP and its partners for their contribution to educational development in the country.

Other partners and educational stakeholders who also participated in the launch of the national reading campaign were representatives from USAID, UNICEF, the Open Society Initiative for West Africa.