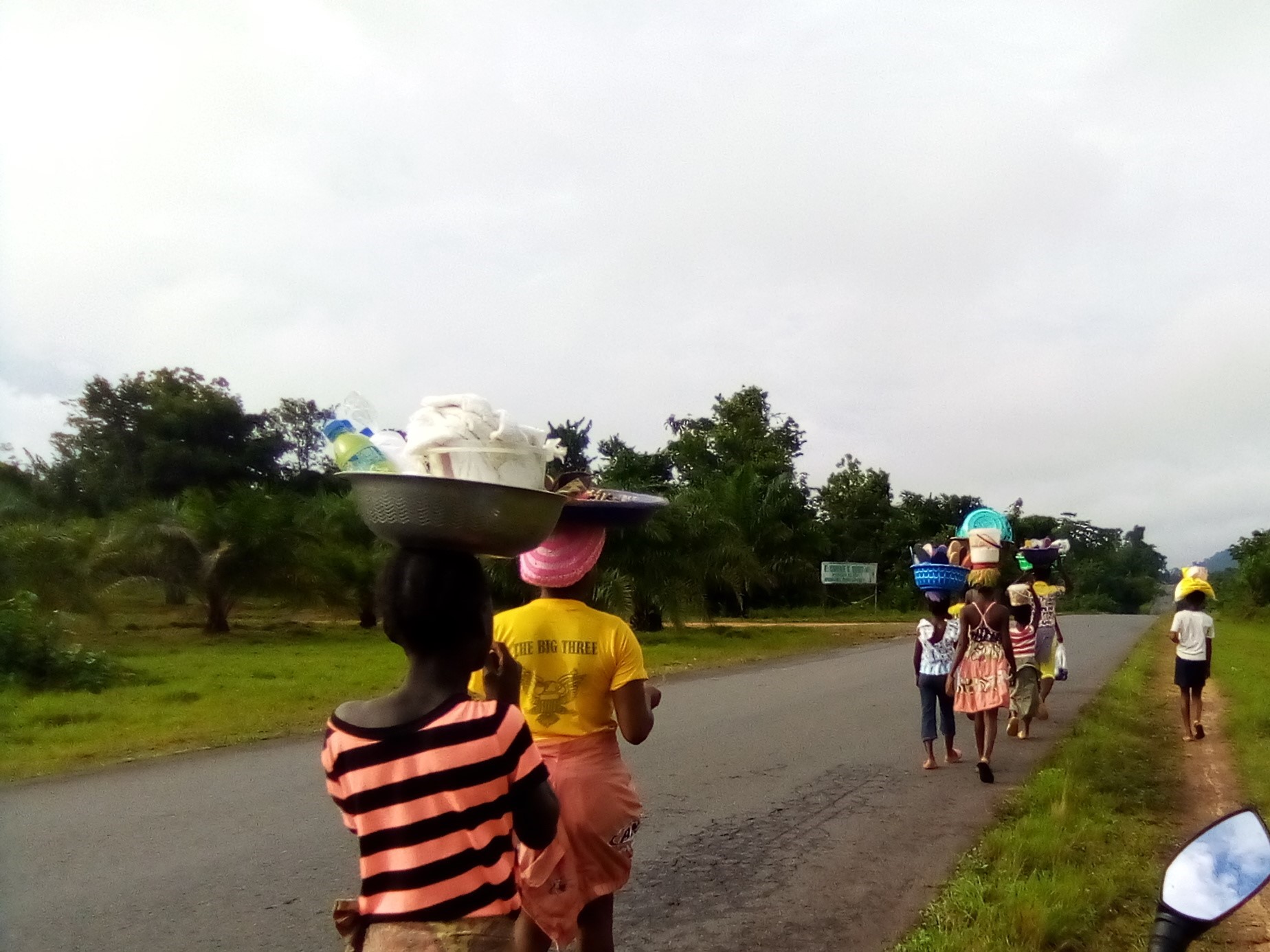 TUBMANBURG, Bomi – As the pandemic has shuttered schools across the country, the head of the Child Welfare Committee in Bomi is raising alarm over what he says is an increase in children selling in the street to support their families, especially in Tubmanburg and the Gbah Jallah-keh community.

“It is very unfortunate – since the closure of the school system in Bomi County, it has become a very bad situation in Tubmanburg and Gbah that children you’re not expecting to see selling have become breadwinners,” said John Q. Harris.

He said it was relatively rare in the past to see so many children selling in the street, and his organization has tried to no avail on several occasions to engage parents on the need to stop using their children in this manner.

“This is very wrong – even with our intervention, the situation continues to increase,” Harris noted.

The Child Welfare Committee head says parents who send their children in the streets to sell are putting them at risk. He linked the high prevalence of the rape of girls to street selling, noting that these children often end up in unsafe places that leave them vulnerable.

Harris says his organization wants all children to “receive necessary care, protection, and the moral support to bring them back to safety.”

“We also focus on reducing children’s vulnerability to any kind of harm and ensuring that no child falls out of the social safety net,” he added.

Data on child labor in Liberia is scarce, but a Labor Force Survey from 2010 reported that 16.6 percent of Liberian children from ages 5 to 14 were undergoing some form of child labor. The United States’ State Department’s 2019 Report on Human Rights Practices in Liberia also noted that child labor in the country was “widespread.”

In its assessment, the report said,

In urban areas children assisted their parents as vendors in markets or hawked goods on the streets. There were reports that children tapped rubber on smaller plantations and private farms, which exposed them to hazardous conditions involving use of machetes and acids. Children also worked in other conditions likely to harm their health and safety, such as rock crushing or work that required carrying heavy loads. Children were engaged in hazardous labor in alluvial diamond and gold mining, which exposed them to heavy loads and hazardous chemicals. Children were also engaged in agriculture, hunting, and fishing. Some children in Monrovia, particularly girls, worked in domestic service after being sent from rural communities by their parents or guardians. There were also reports of children working in auto shops.

In a joint statement on June 12 marking the World Day Against Child Labor, the International Labor Organization and UNICEF warned that the COVID-19 pandemic could threaten gains that had been made against child labor worldwide. The groups said with the pandemic’s resulting “losses in household income, expectations that children contribute financially can intensify. More children could be forced into exploitative and hazardous jobs. Those already working may do so for longer hours or under worsening conditions.”

The organizations warned that increased child labor during the pandemic could lead parents to continue to require their children to work, even when schools reopen, as they get used to the additional income being generated by the children. This could then interfere with a child’s schooling, “and is harmful to a child’s physical, mental, social and/or moral development,” the two organizations said.

Sharing
Tags Coronavirus, UNICEF
Contributions to The Bush Chicken are not tax deductible.