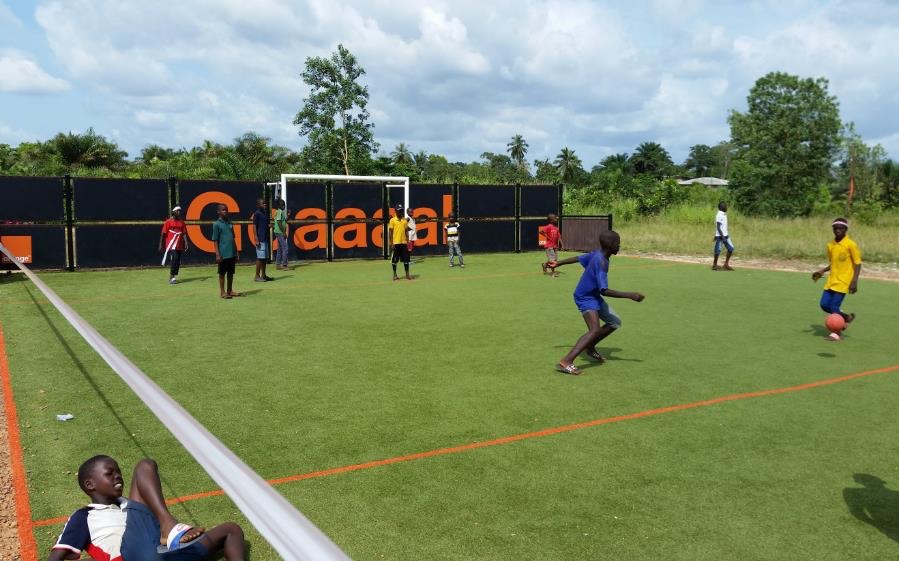 TUBMANBURG, Bomi â€“ Citizens of Tubmanburg in Bomi recently halted the dedication of a new stadium constructed by Orange Liberia in fulfillment of a promise made to the county.

At the end of the 2018/2019 National County Sports Meet competition in which Bomi became champion of the football category, the telecommunications company promised to construct the countryâ€™s first synthetic plastic stadium in Tubmanburg.

After completing construction, the company announced plans to dedicate the project on Saturday, October 26. But citizens, led by Senator Sando Johnson and members of the local county administration, insisted that the dedication could not take place because the project did not reach the standard of what the company had promised.

The citizens demanded that the company deliver the exact design it promised and that the county would bear the responsibility to fence the stadium.

Following the citizensâ€™ demand, Orange was forced to abandon the dedication and agreed to meet with officials of the county in Monrovia to determine a way forward.

Meanwhile, Senator Johnson has blamed the county superintendent for what he says is substandard work done by Orange. According to him, the superintendent did not inform him of the companyâ€™s proposal to change the project it promised.

A former youth leader of the county, Lahai Fahnbulleh also expressed disappointment in Orange for not fulfilling its promise.

â€œWe believe that this is [a] joke by Orange Liberia, and we want them to rethink their decision to work and fix the C.H. Dewey Field for the county,â€ Fahnbulleh said.

At the same time, the deputy minister for sports, Andy Quamie, who also traveled to Bomi to witness the dedication of the new stadium, said Orange Liberia was responsible for the actions exhibited by the citizens.

â€œThe citizensâ€™ action was due to the failure of Orange to implement the original project,â€ Quamie said.

He said although the project was not funded by the government, the citizens wanted to see more than what was being presented to them.