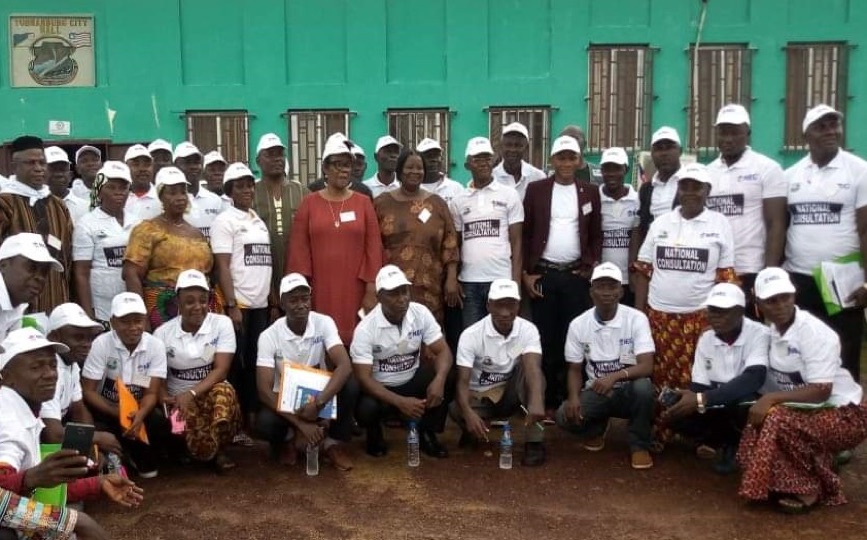 TUBMANBURG, Bomi â€“ Delegates from Grand Cape Mount at a recent consultative forum on electoral reform have proposed an amendment to the constitution and the election law to remove the elections dispute adjudication power of the National Elections Commission.

The forum was intended to solicit the views of the citizens on the electionâ€™s laws of Liberia and how citizens can contribute to strengthening the countryâ€™s electoral system.

By the constitutional provision, NEC is the first line of adjudicating for elections disputes. But the Bomi citizens suggested that the commissionâ€™s current role creates a conflict of interest. Instead of the commission hearing election dispute matters, the delegates recommended that a neutral body be established to handle election-related cases.

Alex Balo, a delegate from Bomi who presented on behalf of the other delegates, said it is a conflict of interest for NEC to preside over a case that is brought against it by a candidate or political party.

â€œWe want the adjudication power to be taken from the National Elections Commission because it will be a conflict of interest to serve as judge in a case brought against the NEC itself. How will they rule?â€ Balo said

The establishment of an extrajudicial body to assume NECâ€™s judicial responsibilities is among several recommendations made by the ECC.

â€œNEC is the referee, not by accident, [but] because NEC develops the rules for the elections,â€ he said in a previous Bush Chicken interview.

NECâ€™s executive director, Lamin Lighe, also previously said he believed that there were benefits to having NEC be the first to hear elections dispute instead of having an extra tribunal set up exclusively for elections dispute.

According to Lighe, the current line of responsibilities given to the elections commission to be the first to handle elections disputes is not unique to Liberia. He believes that NEC should keep its judicial power because he said the Board of Commissioners, which hears appeals, does not involve itself with operations.

He also noted that setting up an extrajudicial body would require additional funding, and given that elections are not conducted every year, he said the government would have an extra burden of maintaining the special tribunal.

He said NEC is better equipped and more knowledgeable to adjudicate electoral dispute cases, as the roles of the commissioners and the secretariat are separate.