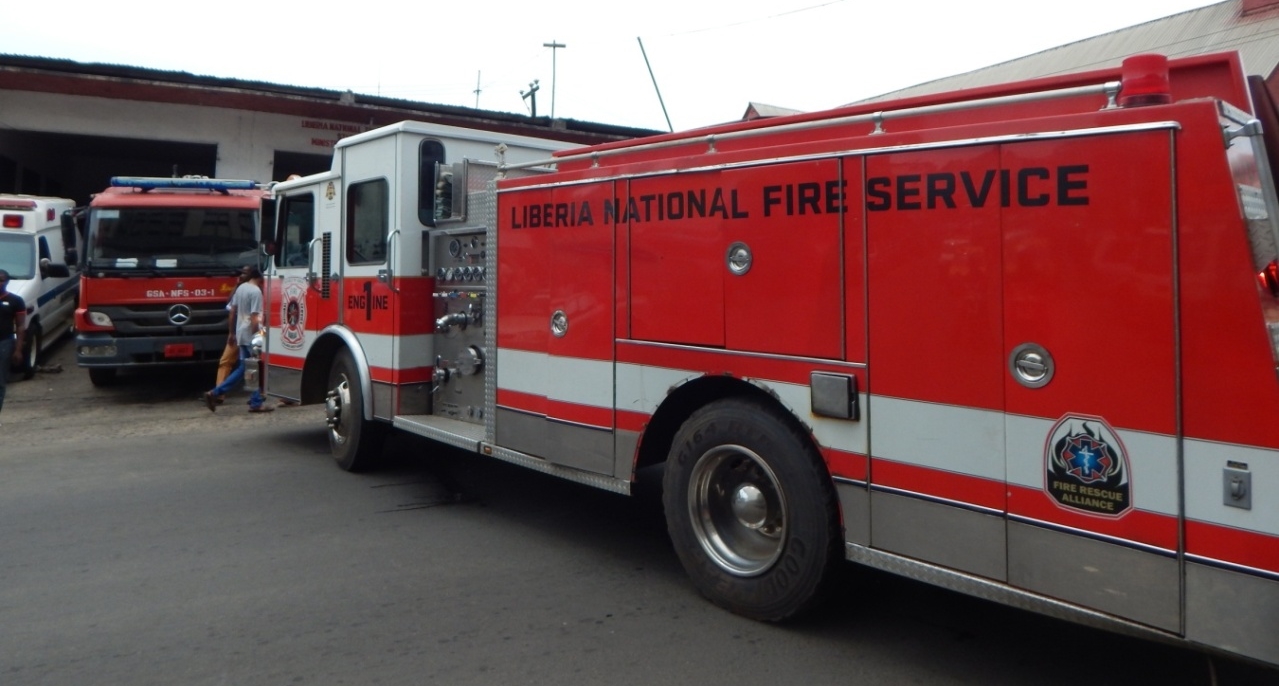 MONROVIA, Montserrado – The Liberia National Fire Service has released a five-year strategic plan that suggests that the agency’s lack of budgetary support is hampering its operations.

The LNFS produced the plan with support from the United Nations Development Program.

The strategic plan also said the lack of proper training and logistical support are also major factors affecting the performance of the agency. It said the LNFS had been undermined by the refusal of prominent government officials to increase its capacity.

One of the issues raised in the plan is how the low level of manpower and funding has prevented the LNFS from properly carrying out its fire safety awareness campaigns. The director of the LNFS, Warsuwah Barvoul, said, “With appropriate budgetary allocation to the LNSF, sensitization campaigns will be carried out on various local radio stations and [within] communities on the [proper use] of candles, mosquito coils, cigarettes, coal pots, [and] matches, which are the most common causes of fire outbreaks.

The current LNFS workforce stands at 546 employees, and the agency has two ambulances and four truck engines (of which only two are operational). The LNFS also needs an additional water tanker to serve as a backup in case of a major fire outbreak. Despite these scarce resources, the LNFS is expected to cater to all 4.3 million Liberians.

The plan also recommended that the Liberian government construct 11 additional substations across the country with an adequate supply of equipment and trained personnel. There are currently only six substations in the country with one each in Nimba, Maryland, and Grand Bassa. Three others are in Montserrado, namely in the Gardnerville, Paynesville, and Bong Mines Bridge communities. The substations outside of Montserrado do not have any fire truck engines.

According to the plan, two more substations are needed in Montserrado with one each in the Brewerville and ELWA communities while one each is also needed in Margibi, Bong, and Grand Bassa The strategic plan also included statistics on reported fire outbreaks across the country for 2014. Unsurprisingly, the highest number of fire outbreaks reported occurred in Region Two, which hosts Montserrado. This is reportedly due to Montserrado’s stature as the largest commercial district in Liberia in addition to hosting the most populous city. Consequently, flammable liquids and combustible materials are handled more frequently in Montserrado than in other counties.

The LNFS reported that the majority of the fire outbreaks in Region Two were caused by candles, electrical, generator, coal pot, bushfire, arson, petrol bomb, mosquito coil, spray can, and cigarettes. The LNFS director, Barvoul, told The Bush Chicken that most of the fire outbreaks occurred in cluster slum communities with makeshift houses. He said, “Residents should learn to do away with candles, which are the main cause of fire outbreaks and start to purchase [battery-powered LED lights].” One of the several makeshift houses in Monrovia (Photo Zeze Ballah)

Barvoul spoke about several habits of some community dwellers that have contributed to fire outbreaks. He said some occupants leave burning candles unattended in their homes that have also resulted in the burning down of a whole community. “The lack of proper electrical wiring in some homes is also another major cause of fire outbreaks,” he said.

He also said some residents are in the constant habit of erecting structures on smaller roadways. This makes those areas inaccessible by fire trucks during outbreaks.

Barvoul also expressed his annoyance at some parents who carelessly leave matches in the reach of their children. He said this often leads to the burning down of houses and properties worth thousands of dollars.