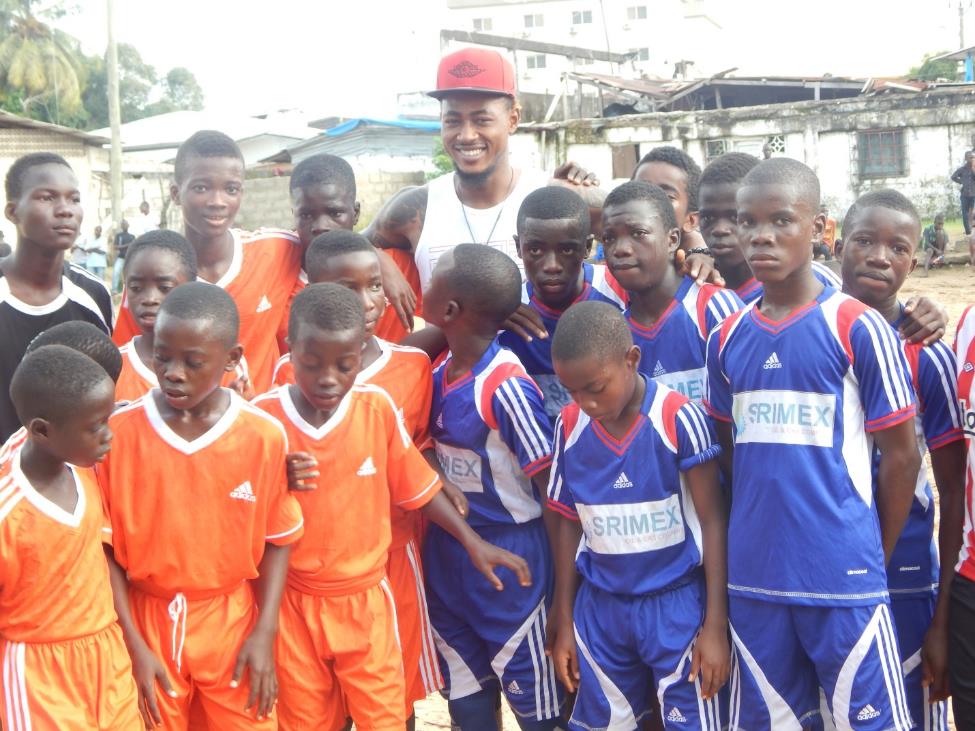 MONROVIA, Montserrado â€“ Ahead of the reopening of the 2016-2017 academic school year, a Sinkor-based football program, Cece United Football Academy, kicked off its â€œBack2Schoolâ€ initiative with the distribution of dozens of school materials to over 60 student trainees of the academy.

The distribution was made after a football friendly match played between members of the academy at the Saye Town field in Third Street, Sinkor. The match was watched by Eugene Nagbe, the minister of information; and HipCo rapper Christopher Nyenga, who is commonly known as Christoph.

Each child received a package containing ten copy books, a pen, and a pencil. The initiative aims to assist parents, in sending their children to school.

In a press release, the general overseer of the academy, Pawala Janyan, said the initiative was a way to encourage the children.

â€œItâ€™s our desire to see these young athletes in school, and we strongly believe our little help will surely impact their lives,â€ Janyan wrote. â€œWhen they go to school with the materials they need on the first day of school, they will be well prepared to learn. Although, academics is not included in our curriculum, going to school and good performance at school are the top requirements for being a part of the academy. The trainees are always encouraged to take their education serious and through the help of the parents, performances of these trainees at school are always monitored.â€

One of the beneficiaries, Benedict Harmon, expressed his thanks and gratitude to the officials of the academy and vowed to keep developing his game until he makes it to the top level.

â€œIâ€™m very happy today to be a part of Cece United,â€ Harmon said. â€œI have been here over four years, and the coaches have helped me a lot to improve my game and in my studies. For now, I will want to remain at the academy until I see myself playing at the top level. I believe with hard work and following the coaches instructions will help me achieve my goal.â€

Meanwhile, the technical director of the academy, Moses Konah, extended thanks to parents of the kids. He disclosed future plans of holding Saturday classes for children in the academy.

â€œThis is our own way of giving back to the kids who take their time to come for practices,â€ Konah said. â€œI want to give thanks to all parents who have contributed to the success of the kids. We are planning to implement other greater activities.â€

Cece United Football Academy was established in 2012 as a free program to train talented young Liberians in football.