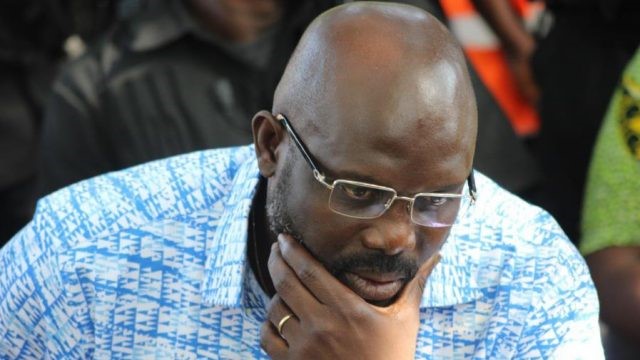 Undeniably, President George Weah is the most powerful man in Liberia and perhaps one of the most powerful presidents in the world, already wielding enormous power within his political domain. With the speaker of the House of Representatives and the president pro-tempore of the Senate not only coming from his ruling party, but also being his kinsmen or ethnic brethren from the same sparsely populated southeastern region of Liberia, the president virtually has no checks on his unbridled power, as it is done with many presidents in other pluralistic democracies.

Of course, with power comes a great responsibility of effectively responding to societal needs, especially in precarious times, as the prevailing pandemic. Apparently, the president remains insatiable with his current title and the power that comes along with it.

This week, he added more titles to his packed portfolio. President Weah is now the new chair of the Special Presidential Advisory Committee on Coronavirus and he concurrently chairs the Executive Committee on Coronavirus. If President Weah is the chair of both committees, charged with eliminating the deadly Coronavirus, then he’s the most powerful public health official arbitrarily responsible for implementing measures that will eliminate the virus from the country. But, do our compatriots back home feel confident and much safer with Weah arrogating all those titles to himself?

Since the Weah government took power, he has been obsessed with adding titles without performing the duties that come with those titles. Along with his responsibilities as president, he is the full-time pastor at the Forky Klon Family Fellowship Church. How does the president split his time when a member of his church is in need of spiritual advice while the country is at war against a deadly virus?

He is also a musician. Does that sound comical? Look, I am not joking. President Weah, who can barely read speeches written for him, recently starred in an autotune-ridden song about the Coronavirus!

Some of the presidentâ€™s recently added titles are even ironic. For example, how prudent is it for the president to chair a committee that was specially set up to advice the very president? Did somebody fail to read between the lines?

President Weahâ€™s debut as a public health official had a clumsy start from the onset. To begin with, the audio version of the speech was muddled with several embarrassing mistakes that the minister of information, Eugene Nagbe, had to immediately correct. Watching the video on YouTube, one could predict that the mistakes were forthcoming. President Weah was tiredly counting the pages of the speech as if he was a kid that had been forced by his parents to read. And so, he tiredly read the speech, turning the pages groggily with no strength, reading the speech hesitantly with no passion, and pronouncing the word unassumingly with no articulation.

Nevertheless, the written transcript obtained from The Bush Chicken was much clearer. In it, the president outlined several measures. Among them, President Weah limited movements from county to county and shut down commercial activities after 3 p.m. As the self-anointed chairman of every COVID-19 committee, he only passively referenced the public health advice offered by health science experts. The president said, â€œI ask everyone to get on board and abide by the health measures and protocols that have been introducedâ€ without referencing what those health measures are. Any public health expert will tell you that continuous repetition of the message is key to adequately conveying the essential pieces of information to the populace and convincing them about the imperatives of the mitigation regimens to minimize the spread of the deadly virus.

Essentially, the presidentâ€™s announcement was a power grab typically played by many politicians with authoritarian instincts. If he were keen on listening to his public health and economic advisors, President Weah would have given a message focusing on encouraging social distancing and giving enough time for the people to conduct commercial activities.

By downplaying public health measures of social distancing, wearing masks, and limiting movements, he feels in control. But the presidentâ€™s decision to limit movement at 3 p.m. â€“ when essential workers and the largely self-employed, unemployed, hustling populace have not even left to conduct commercial activities â€“ will be devastating to every aspect of the Liberian economy.

It didnâ€™t take too long to notice the seemingly unintended effect of the presidentâ€™s decision on the banking system. FrontPage Africa is already reporting that there are long lines at the few commercial banks in Monrovia for people to withdraw from their accounts. If the trend continues, the Liberian banking system will most likely crash. The Central Bank of Liberia, whose deposit has already been depleted by the George Weah government, is in no position to bail out banks.

Maybe if another crisis rises, President Weah can add another title. But, other than displaying an inordinate eagerness to add to his fleet of titles, President Weah should empower and enable his health and economic experts to put together short, medium, and long-term plans that will keep our country safe and bring much needed economic relief to the Liberian people.

Sharing
Tags Coronavirus, Eugene Nagbe, George Weah, speaker of the House of Representatives
Contributions to The Bush Chicken are not tax deductible.