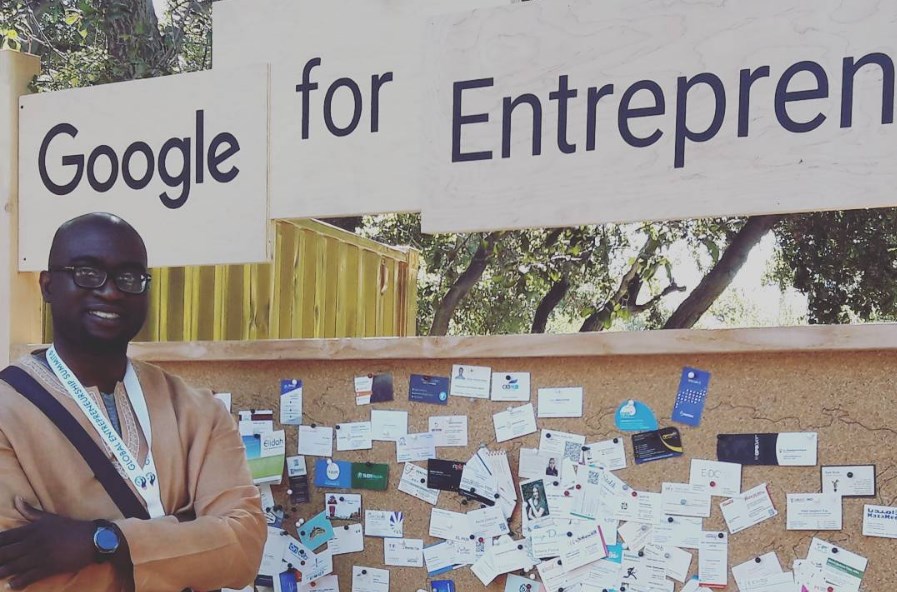 Charles Cooper of Cookshop.biz was one of three Liberians who recently attended the Global Entrepreneurship Summit in Silicon Valley from June 22-24. We spoke to him about his experiences and the connections he made while there, including his reflections on how Liberia and other African governments can promote local entrepreneurs.

Tell us about your experience at the Global Entrepreneurship Summit. Did you get to make physical contact with US President Barrack Obama?

No, his people would have taken me down. But it was cool. He interviewed a panel of people and Zuckerberg was on the panel. The day he spoke was the day the Brexit vote was announced so he had the opportunity to talk about just the importance of entrepreneurship and the importance of collaboration across borders. It was a great opportunity because he was in a room full of entrepreneurs.

What type of connections did you make?

I met hundreds of people. The gamut runs from people in the renewable energy sector to people doing similar businesses as mine. I met a gentleman from Addis Ababa whoâ€™s also doing a food delivery business and we got to compare and contrast what weâ€™re doing in our different markets.

I also got to meet people who work with medical technology and they werenâ€™t all tech companies. Of course, there were three entrepreneurs from Liberia who attended â€“ myself from Cookshop, a young lady named Naomi Tulay-Solanke, and of course, Archel Bernard from Bombchel Factory. Archel spoke on a panel at the event.

It was a week of events and there were separate sessions. You got to choose which session you wanted to attend. Overall it was great. I also got to see other CEOs from companies like Google, Uber, AirBnB, Kiva, Water.org, the Skoll Foundation, I mean the list goes on. All these people imparted knowledge to us in different sessions. We got to meet them and ask them questions.

Did you encounter the CEO of Uber, Travis Kalanick? What do you make of it that his company is moving onto your turf now and doing food delivery?

We had a breakout session where he spoke to the group and took questions. Heâ€™s in West Africa, heâ€™s in Ghana. Thereâ€™s also another company doing food delivery there. Heâ€™s going to find some challenges. Competition is a good thing so we look forward to others coming into our market.

But I will say this. I think the model that China has is probably the best and is part of why theyâ€™re so successful with supporting entrepreneurs in their market. African governments need to give priority to African entrepreneurs and businesspeople and try their best to make sure thereâ€™s room left for us to exploit our own marketplace. African governments may not understand that this is also a natural resource but the market for technology, technological resources, and products is also a resource that we shouldnâ€™t just give up to foreign companies.

There are Liberian entrepreneurs that we need to give the opportunity. If China had let all these companies come into their markets unfettered initially, you wouldnâ€™t have huge companies such as Alibaba and WeChat.

Are you advocating for protectionism?

Not necessarily protectionism, but we need to find out how we can make the market advantageous for locals. Iâ€™m not an expert in the field and â€˜protectionismâ€™ is a very loaded word. Iâ€™m not saying we should do exactly what they did. I know that Uber is in China, for example, so they havenâ€™t barred them from going there.

What theyâ€™ve done is to give advantages to local entrepreneurs and thatâ€™s what we need to do here as well, or else weâ€™re going to have monopolies coming from western countries who are going to take over this market and itâ€™s not really good for competition, itâ€™s not good for data security.

Itâ€™s also not good for Africans going into the tech workplace in the futureÂ because those spaces are going to be filled by companies who have more resources and a head start, quite frankly because weâ€™re just getting started.

But competition is a good thing and the next great company should and will come from a developing nation. It could come from China, from India, from Africa. We can compete and we will compete.

How can a Liberian entrepreneur who wants to participate in the Global Entrepreneurship Summit do so for the next year? How did you get selected?

There is an application process and people apply from all over the world. Itâ€™s an event thatâ€™s hosted by the United States Department of State. Theyâ€™re going to select based on your application and business and they send you an invite. Itâ€™s hosted every year and the next one is going to be hosted in Mumbai, I believe. The previous one was in Nairobi, and this one was in Silicon Valley.