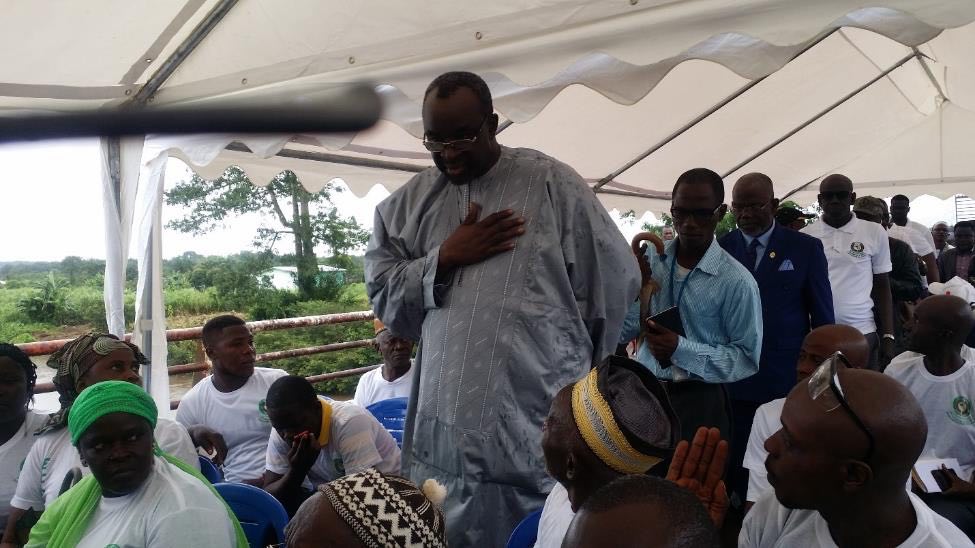 The mission comes when the ECOWAS Parliament is assessing conditions at borders and how they are impacting movement, integration, trade, security, and commerce across the region.

In May 1979, ECOWAS member states adopted their first protocol for Free Movement of Persons, Residence, and Establishment.

The protocol gave ECOWAS citizens â€œthe right to enter, reside and establish in the territory of Member States.â€

The protocol was expected to be rolled out in three phases of five years each to achieve freedom of movement of persons after fifteen years. The first phase called for a visa-free entry and has been fully implemented.

The second phase, the right of residency, has also been implemented, given that citizens have obtained an ECOWAS residence card or permit in member states.

The third phase, the right of establishment, is still under implementation in most member states.

The visit to the borders is part of ECOWASâ€™ delocalized meeting of the Sub-Regional Parliament headed by the Information, Technology, and Broadcasting Committee.

The head of Liberiaâ€™s delegation to the ECOWAS Parliament, Rep. Edwin Snowe, said the parliament needed to listen to its people to improve their lives.

â€œWe want our people to move about freely without anyone embarrassing them,â€ he said. â€œThat is why we did not go to Liberia; rather, we came here at the border to have a combined program.â€

The secretary general of the ECOWAS Parliament, John Azumah, was also in attendance. He said 43 years ago, the forefathers of ECOWAS agreed that there should be free movement of persons, goods, and services and residence of ECOWAS members.

â€œWe are the same people and there should be a free movement of our people from one place to another,â€ he noted. â€œWe need to re-fulfill the dream of our forefathers.â€

Azumah used the occasion to appeal to security officials assigned at the various border points to avoid creating unnecessary restrictions for their people, although he recognized the need for citizens to be law-abiding.

The town chief of Bo Waterside, Zuama Massaley, said while he appreciated the free movement of members states, the lack of electricity and adequate security made it difficult to monitor such movement.

He said the lack of lighting in the town helps fosters criminal activities, creating fear among citizens at the border.

Massaley said, in Tewor District, Grand Cape Mount, limited manpower within the security sector is a major challenge to the county.

He said the entire county has only six police officers, two in Tewor district, three in Robertsport, and one in Pokpa Town.

â€œWe cannot be living in total darkness then you be talking about safe movement,â€ Massaley said. â€œOur safety is very important. We need strong security network. The roads are poor and mobility is a serious problem. You gave motorbikes to the few security [officials] we have here at the border, but no fuel â€“ how [do] you expect us to to work? Other people are getting all the money while we are here getting nothing.â€

Meanwhile, Elizabeth Shiffe, a Sierra Leonean businesswomen who often conducted business in Liberia, noted the challenges she faced in transacting with her Liberian counterparts. She called for ECOWAS to move to a single currency instead of the numerous different currencies that the various countries were using.