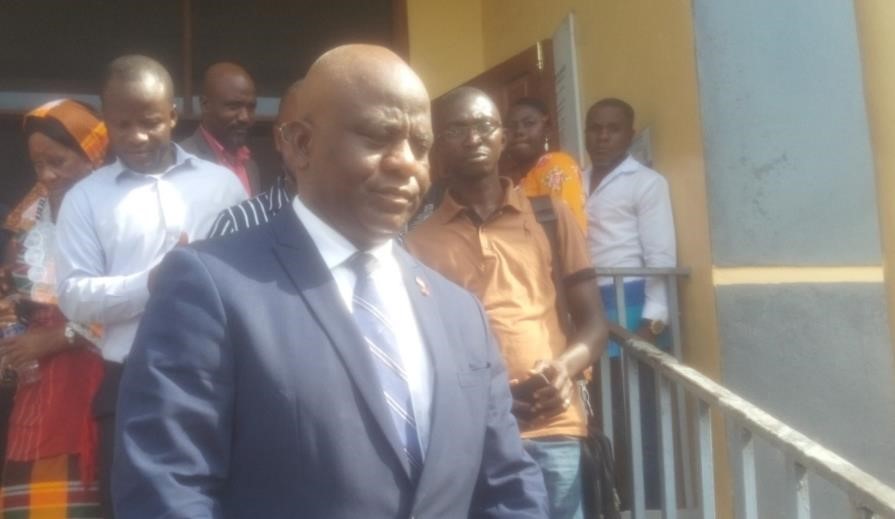 MONROVIA, Montserrado â€“ Former Defense Minister Brownie Samukai and his co-defendants have been found guilty of three out of the five corruption-related charges brought against them by the Liberian government.

Samukai and the other defendants have been facing trial for the misappropriation of funds designated for the Armed Forces of Liberiaâ€™s Compulsory Contributing Fund. According to the indictment, in August 2009, the Ministry of Defense established the mandatory fund and began deducting from the salaries of all ranks of the AFL for what was supposed to be a supplementary pension benefit. Those amounts included US$460,000 in once account and US$687,656.35 in another, making the total sum US$1,147,665.35.

The indictment cited misuse of the fund, including Samukai paying US$50,000 as death benefits to the family of a late Nigerian general who headed the Liberian army, Suraj Abdurrahman. The move was controversial because Abdurrahman did not contribute to the fund while with the AFL, and he, therefore, should not have been a beneficiary. Samukai was also alleged to have made other subsequent withdrawals from the fund that were not in line with the fundâ€™s stated purpose.

When the defendants took the witness stand, they testified that they opened the account not only as a pension fund for AFL personnel, but to also meet up with other budgetary constraints. Samukai admitted withdrawing and using the funds, but said he did it in his capacity as defense minister and the money was used in the interest of the AFL. Moreover, he said both former president Ellen Johnson Sirleaf and President George Weah agreed that the government would pay the money back into the account.

In response to the defense that both presidents had agreed for the money to be repaid, Judge Yamie Quiqui Gbeisay of Criminal Court C said the defense should have requested to subpoena the former president, who lives in Monrovia, to appear and authenticate the truthfulness of the agreement.

â€œThis court would have been glad for the ex-president to appear in person to throw light on the issue of the disbursement of the AFL pension money,â€ Gbeisay said.

Delivering the ruling on Tuesday morning, Gbeisay said the defendants were guilty of all charges except economic sabotage and money laundering, based on the prosecutionâ€™s failure to provide enough proof.

The judge noted that the nature of the funds in dispute is private, being the personal money of personnel of the Armed Forces of Liberia. Therefore, he said the former defense ministerâ€™s action in diverting funds without the knowledge of AFL personnel squarely falls within the definition of theft of property.

Gbeisay has ordered the defendants to restitute over US$1.1 million to the two accounts in question pending sentencing. However, defense lawyers say they will file an appeal to the Supreme Court.