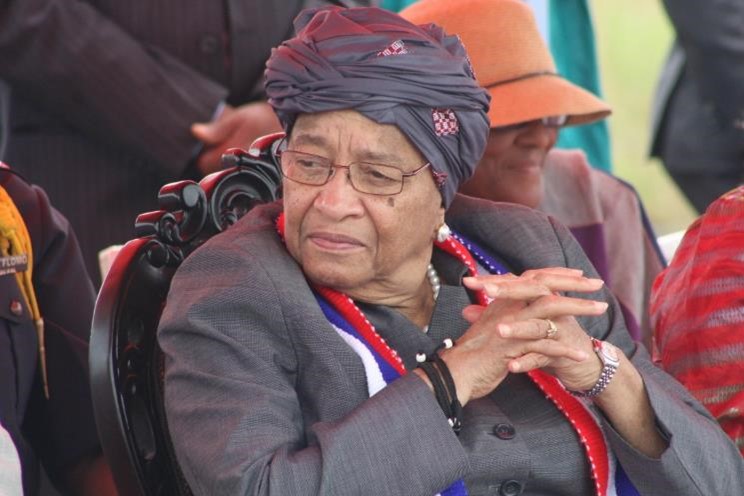 During an interview with Public Radio International, Sirleaf, a co-chair of an independent panel reviewing the World Health Organization’s response to the pandemic, expressed concerns about vaccine roll-out plans.

“The world’s wealthy countries must not monopolize the Coronavirus vaccines,” Sirleaf said.

Since the COVID-19 vaccines have been approved by health authorities, only a few African countries have been able to obtain them.

According to the latest data provided by Bloomberg’s COVID-19 Vaccine Tracker, 213 million doses of the vaccines have been administered around the world. Of the 95 countries that have started their vaccination campaigns, only 7 are from the African continent. Only Seychelles has fully vaccinated at least 1 percent of its population, with 22.5 percent of residents vaccinated using China’s Sinopharm vaccine.

“The vaccine is being rolled out too slowly in less wealthy countries, particularly those in Africa,” Sirleaf said, warning that shots may not be widely available in Africa until 2022 or 2023.

She noted that COVID-19 vaccines should be treated as a global good due to the interdependent and interconnected nature of all countries.

“If global leaders do not protect the entire world population, COVID-19 is going to continue and will, perhaps, become even more deadly. They will not be able to stop the spread of this disease if they do not also secure [the vaccine] for all the countries of the world,” Sirleaf stressed.

On February 19, seven of the wealthiest countries in the world, collectively known as the G7, pledged US$7.5 billion to ensure that lower-income countries have equitable access to COVID-19 vaccines. The U.S. pledged US$4 billion of the total amount, representing a shift in policy from former president Donald Trump, who had refused to have the U.S. contribute to the global vaccine sharing initiative, Covax.

On Wednesday, Ghana was the first country to receive its shipment of vaccines under the Covax scheme. Liberia’s health minister has said she expects 1 million doses of vaccines manufactured by AstraZeneca to be delivered in the country by the middle of March.

Meanwhile, global health experts are concerned that delays in ensuring that African populations are vaccinated could bring about a similar exclusion that African countries faced in the 1990s when access to antiretroviral treatment for HIV/AIDS was limited to wealthier countries. Even though Africa had a much larger population of people infected with HIV, it took at least six years before the life-saving treatment could be available for Africans.

Twelve million people died in Africa from AIDS-related complications in a decade, even as mortality in the U.S. dropped drastically, according to analyses by the Africa Centers for Disease Control and Prevention.

UNAIDS Executive Director Winnie Byanyima has been at the forefront of those calling for fairness from COVID-19 vaccine manufacturers.

“We’re not asking them to make losses,” she told the BBC. “With the ARVs, it was pressure from people living with HIV and champions of the right to life that got governments to allow for the production of generic treatments which were much more affordable. The price [of antiretroviral treatment per person] dropped from $10,000 per year [per person] to just $100 per year.”

She wants the same approach for the COVID-19 vaccine, urging the pharmaceutical industry “not to be driven by the desire for super profits.” They can still make profits even if they share their formulae, she added.

“Even as they speak the language of equitable access, some countries and companies continue to prioritize bilateral deals, going around Covax, driving up prices, and attempting to jump to the front of the queue,” he said.

“Most supplies of the leading vaccines were pre-ordered by wealthy nations even before the safety and efficacy data was made available,” said Dr. Richard Mihigo, head of immunization and vaccine development at the WHO Africa office.