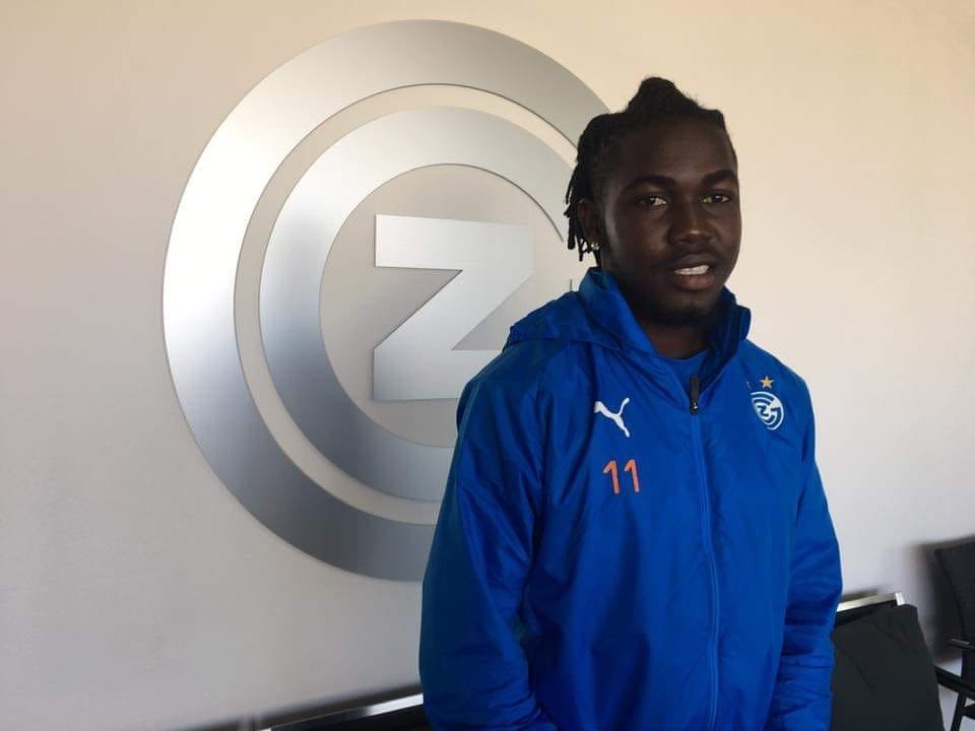 The 2019 winter transfer window has come to an end with footballers across the globe finding new homes as they continue their careers. The Bush Chicken looks at Liberian players who made moves during the transfer window.

Among the many Liberian players who were able to secure new teams during the winter transfer was Allen Njie, who arguably had the best transfer after saying goodbye to Liberian football and signing with Swiss Super League team Grasshopper Football Club.

The young midfielder who played for LISCR Football Club in the Liberian first division since 2016 secured his dream move to European football by joining the Swiss side on a 4.5-year deal for an undisclosed amount. The club broke the news on Saturday, February 16 via their official website as they bid him farewell.

The Liberian international striker made the most surprising move in January after leaving European football for the second time since becoming a foreign-based player. After a successful year in the Norwegian top flight league with Valernaga IF, where he scored 11 goals in 21 league games, Sam Johnson moved to American Major League Soccer club, Real Salt Lake Football Cub, where he signed a two-year deal as a designated player.

He began playing professionally in Sweden where he spent five years before going to China to play for Chinese League One club, Wuhan Zall. Johnson spent the 2016 and 2017 season with Wuhan Zall before returning to Europe to play for Valerenga in Norway.

The towering Liberian international striker made a return to European football after bidding farewell to in 2016 to play in North America for the Bethlehem Steels in the American United Soccer League and in Asia for South Korean second-tier club, Ansan Greeners Football Club.

Conneh returns to Europe to a one-year deal with Serbian top-flight side, FK Vojovodina Novi Sad. The 23-year-old will play in a top league for the first time since he started playing professional football in 2014. He began his professional career in 2014 with Fortuna Sittard in the Dutch second tier. He played a season with Fortua Sittard and moved to FC Oss in the second tier of the Dutch league where he spent the 2015-16 season before going to the American second-tier side, Bethlehem Steel. Conneh spent two years with Steels and moved to the second tier of South Korean football to play for Asan Greener.

Tisdell put an end to his 11-year spell in Turkish Football to move to the Cypriot top flight. The 27-year-old left Denizlispor in the Turkish second-tier league to join Nea Salamis, the former club of fellow Liberian international, Solomon Grimes. He joined Nea Salamis on loan for the rest of the season.

Tisdell moved to Turkey as a teenager and started playing professionally in 2009 with Ankaraspor. Since then, heâ€™s played for seven different clubs in the Turkish first and second tier flight.

Like Seku Conneh, Theo Weeks returned to Europe following a short spell in Asia with Lebanese club Al-Ansar and Mirbat SC of Oman. The 29-year-old midfielderâ€™s return to Europe will see him return to the Cypriot league where he played for Ermis Aradippou during the 2015-16 and the 2016-17 Cypriot First Division seasons.

Weeks joined Alki Oroklini on a one-year deal with an option of extension based on his performance during the season. European football is no stranger to Theo Weeks, who spent nine years playing for clubs in Turkey, Cyprus, and Azerbaijan.

One of the shocking transfers for Liberian footballers during the winter transfer was the move of Mohammed Kamara from the U.S. to Germany. The young forward took many by surprise when German Bundesliga 2 side, SC Paderborn, announced his signing.Â  The 21-year-old played for FC Fassell in Liberia before traveling to America where he played mostly in the college leagues. He played for Apache Athletics the University of Los Angeles Bruins menâ€™s football team before making the surprise move to German second-tier club, SC Paderborn.

Like Prince Balde, Andrew moved from Monrovia Club Breweries to KF Feronikeli during the 2018 summer transfer window. However, he failed to make the first team and he has opted for a loan move until the end of the season. Andrew moved to join Balde at KF Drenica with the hope of playing more minutes for the rest of the season.

The former Barrack Young Controllers striker took a big step in his career after joining Murphy Oscar Dorley in the Czech Republic. Harmon signed with the Czech second-tier club Znojmo FK. Set to begin his second season in Europe, Harmon joined the club after several weeks of trials where he impressed the technical staff. His arrival comes after playing the 2018 season in Latvia with FS Metta where he scored five goals in 11 games.

It was a great joy for Liberia football fans in 2017 when young striker Keith Nah left Asia to join Spanish third-tier club SD Ponferradina. However, the striker has now returned to Asia after two years in Europe to sign with Ayeyawady United in the Myanmar Premier League.

Nah left Liberia in 2013 for greener pastures and joined Chin United in the second flight of Myanmar football. He spent two years with Chin United and won the Myanmar second tier golden boots award and moved to Malaysia to sign with Kedah United for the 2015 season. His time in Malaysia didnâ€™t go on as planned as he returned to Myanmar after the first phase of the Malaysian premier league. He signed with Yadanarbon. With Yadanarbon in the top flight, he won the 2016 Myanmar League golden boot.

Since leaving PKNS FC in 2017, the lethal striker has struggled to settle down with a club following his third move in two years. Wleh announced his third club in two years on February 15 when he announced his return to Malaysia via his Facebook page. The former PKNS FC striker joined Malaysian Premier League Club PDRM FA for the 2019 Malaysian Premier League season.

Wleh spent six years playing professional football in the Malaysian Premier and Super Leagues for Sime Darby Football Club, Selangor FA, and PKNS FC before seeing his contract running out in November 2017.Â  Five months after bidding farewell to PKNS FC, the last club he played for in Malaysia, he joined Egyptian Premier League club, Petrojet SC. While on the preseason with the Egyptian club, Wleh announced the termination of his contract and moved to Europe to sign with Maltese club, Floriana Football Club. He made fewer than five appearances for the club before his shocking return to Malaysia.

Kpah Sherman continues his professional football in Malaysia despite attracting interests from clubs in other parts of Asia after a successful one and half year with MISC-MIFA in the Malaysian premier league. Sherman managed to score 21 goals in 28 games for MISC-MIFA but opted for a move away and signed with PKNS FC, the former employer of fellow Liberian international, Patrick Ronaldinho Wleh.