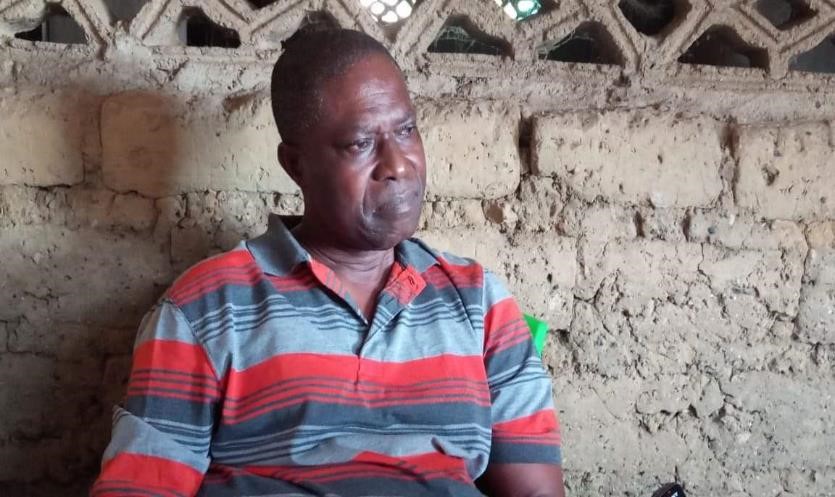 GBARMA, Gbarpolu â€“ Gbarpoluâ€™s Senator Daniel F. Naatehn has admitted that there are deep divisions among members of his countyâ€™s legislative caucus. He blames the countyâ€™s underdevelopment and neglect on this division.

Speaking to The Bush Chicken in Gbarma upon his return from a trip to the United States, the senator said the division has lasted for many years now.

â€œSince I went back to the Senate up to present, we have not been able to unite as lawmakers of this county. It has been zero, zero, and zero,â€ he said.

Naatehn indicated that he and his fellow senator, Armah Jallah, have applied all their efforts to pass important legislation that will help spur development in the county. But these have failed because of what he terms as a â€œlack of cooperationâ€ by colleagues in the House of Representatives.

The Bush Chicken also recently reported that citizens of lower Gbarpolu, specifically Kongbah and Gbarma districts, are already preparing to challenge the countyâ€™s current leadership in the Senate. They have agreed to field a single consensus-candidate from lower Gbarpolu in the upcoming senate election in October 2020.

This stance by lower Gbarpolu citizens will directly challenge Sen. Armah Jallah, whose seat is up for reelection.

When questioned about the recent arrival of the presence of vital cellphone communication networks in some relatively remote parts of the county, Naatehn said no one politician can take credit for the improved communications network. He noted that the presence of Lonestar Cell MTN in Kongbah and other parts of the county is a result of the companyâ€™s business strategy to expand across Liberia and not the work of any politician.

â€œI will say that the Lonestar company is doing business and so they investigate the market and have gradually been moving into the county. So no one should try to take the glory, or push the blame on others for the companyâ€™s long absence,â€ he said.

Naatehn, nonetheless, expressed excitement that the people of Gbarpolu are now relieved from the communication isolation, after being cut off from the rest of the country for several years.

Sen. Naatehn also spoke on a wide range of other national issues, among them the recent gasoline shortage in the county. He termed the shortage â€œcomplete irresponsibilityâ€ on the part of the central government to allow a political commodity like gasoline to run out on the market.

â€œThat is being very irresponsible on the part of the government,â€ he said, noting that it was pathetic to see Liberians go through such unnecessary hardship, especially for citizens living in remote counties where the main method of transportation is by motorcycle.

Liberians have suffered fuel shortages in the past, but the current situation has lasted an unusually long time, for which Naatehn squarely blames the government because it has compounded the economic difficulties for the ordinary Liberians.

Since the unexpected nationwide shortage of gasoline, both the Commerce Ministry and the Liberian Petroleum Refinery Corporation have blamed the firm managing the Port of Monrovia, the APM Terminals for restricting gasoline vessels from berthing. But APM Terminals has denied any responsibility for the shortage.

But Sen. Naathehn, who is also the national chairman of the opposition Alternative National Congress, cautioned the government to allow importers to do their jobs without unnecessary government interference.

The senator believes important constitutional amendments are now needed â€œto give [legislators] super authority to deal with the Liberian presidency.â€ He did not, however, specify which new authority legislators now need.

But the legislature already has enormous powers under the constitution to check the presidency. The question which arises, therefore, is how well have they used those powers they already have, for which voters may be convinced that new powers should be granted them.