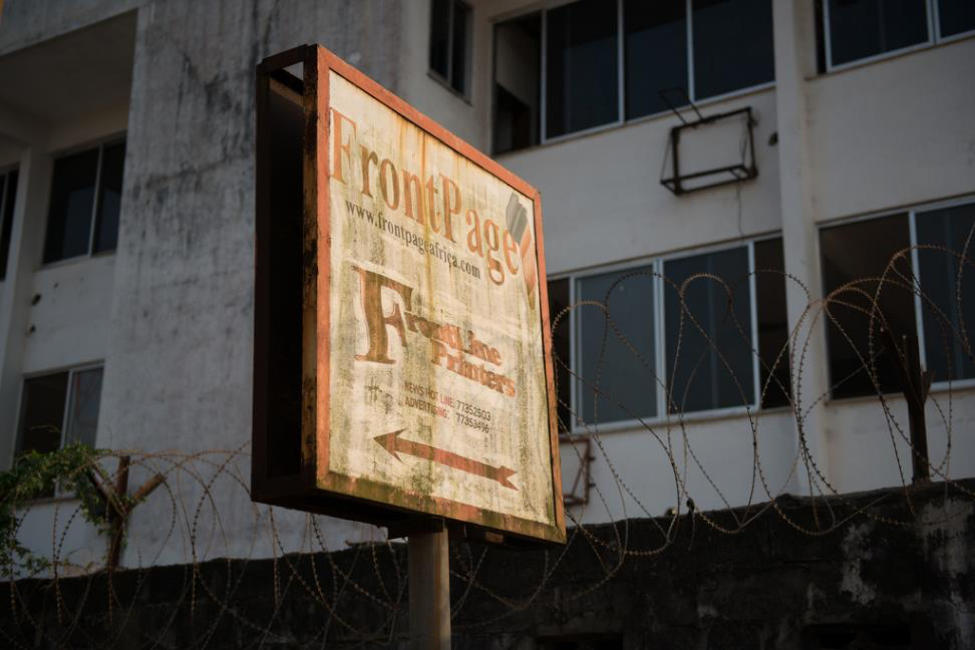 Global Witness, an international anti-corruption organization, has condemned the recent arrest of Frontpage Africa staff and the newspaperâ€™s subsequent closure.

The newspaper, Liberiaâ€™s largest daily newspaper, was on Monday, April 9, ordered closed by a civil law court at the Temple of Justice in Monrovia.

Simon Clydesdale of Global Witness noted in a press statement on Thursday, April 12 that despite staff being released shortly after and the newspaper reopening a day later, the heavy-handed and intimidating tactics severely undermine press freedom in Liberia and could even be illegal.

â€œIt is also unclear why staff of the newspaper were temporarily arrested with no charges brought by the police,â€ he questioned.

The arrest of staff was not done by the police, as mentioned by Global Witness in its press statement, but rather sheriffs from the Civil Law Court.

â€œThe decision of Judge Yamie Gbeisay to close the newspaper sends a chilling message to the Liberian press,â€ Clydesdale said.

â€œDefamation suits should not be used to silence the press, and in this case Frontpage Africa is being penalized months before the newspaper even has its first court date. The order to seize assets, including its office, must be rescinded immediately as should the performance bond imposed upon the paper,â€ Clydesdale stressed.

Clydesdale explained that under Liberia law, a court can only seize assets in a civil case if it has a â€œreasonable beliefâ€ that the plaintiff will win the case and that the defendantâ€™s assets are hard to reach.

â€œClosure of Frontpage Africaâ€™s office clearly shows their assets are easy to access,â€ he said.

â€œThe court order against Front Page Africa is only the most recent threat to independent Liberian voices since President George Weah took office in January of this year,â€ the Global Witness spokesperson said.

Clydesdale noted that the newspaper could only resume operations after it reportedly paid a US$5,000 performance bond to the court.

He noted that other media institutions that ran the advertisement that resulted in FrontPageâ€™s closure have not faced court orders.

According to Clydesdale, the closure of the newspaper continues a worrying trend in which the independence of leading Liberian voices, including the Liberia Extractive Industries Transparency Initiative, are being threatened.

Clydesdale indicated that the Coalition for Democratic Change government has also recently undermined the independence of Liberiaâ€™s key transparency agency, the Liberia Extractive Industries Transparency Initiative, with Weah illegally firing Konah Karmo, head of the secretariat, and using the police to forcibly remove him from his office.

Weah has maintained that he broke no law by firing Karmo.

â€œHaving this kind of intimidation imposed on LEITI endangers the independence critical to its mandate to scrutinize and report on the payments oil, logging, mining, and plantation companies make to the government,â€ Clydesdale said.