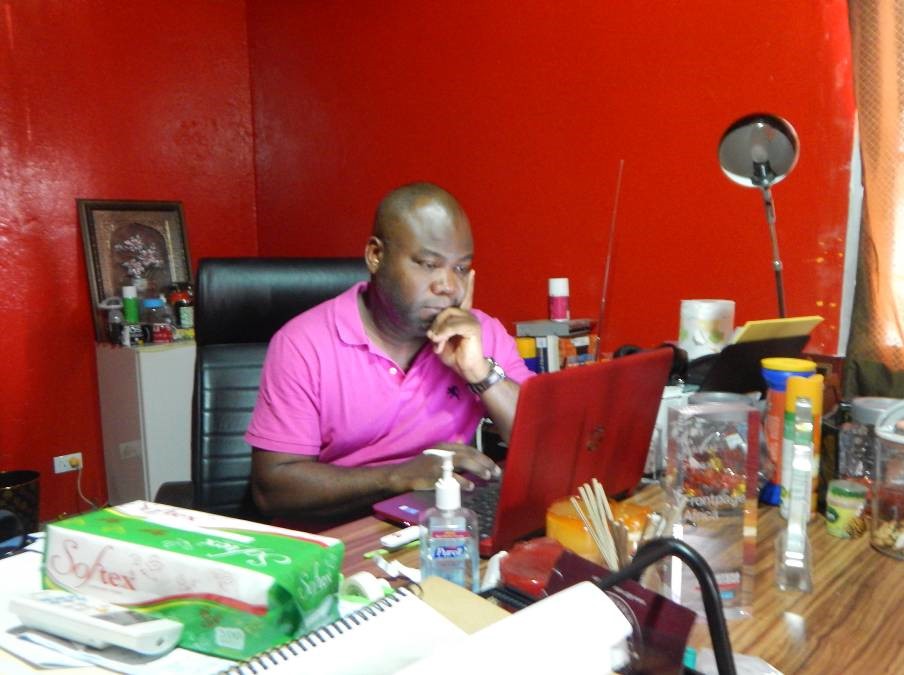 MONROVIA, Montserrado – The editor of FrontPage Africa Rodney Sieh and the management of OK FM have both apologized to an associate justice of the Supreme Court for their recent publications that accused him of breaking traffic laws.

Their actions come after Associate Justice Joseph Nagbe cited the media outlets for a conference based on stories they carried that he violated the traffic law by driving in a lane belonging to opposing traffic on May 18.

The two media institutions ran separate stories that discussed the associate justice’s official vehicle creating a hindrance for other vehicles by going the opposite direction of traffic.

Responding to the citation on Wednesday, Sieh said he would not honor Nagbe’s summons because the official broke traffic laws. However, he later said he would honor the request, accompanied by Cllr. Taiwan Gongloe, president of the Liberia National Bar Association.

“I am totally in the right on this matter and the truth will be revealed at the end of the day,” Sieh said. “I stand by my actions in the traffic and no amount of intimidation or power play will change my stance on this issue.”

He further explained in a Facebook post that his life was endangered by the reckless driving on the part of the associate justice’s driver and the overzealous police officer who was in his vehicle.

Sieh said he was on his way for an interview on May 19, when he noticed a black jeep with license plates belonging to Nagbe bulldozing its way toward him at a high speed. Sieh recently launched a social media campaign against government officials breaking laws. He often posts photographs of violators on his Facebook page with the caption, “Name and Shame.”

However, on Thursday, it emerged that the associate justice’s actions were legal because of a recent change in the Vehicle and Traffic Law to exempt hundreds of government officials from compliance.

The Bush Chicken reported in October 2018 that lawmakers had proposed changing the traffic law to exclude top government officials from many of its key provisions. Those provisions are contained in the “Rules of the Road” chapter of the law. The change meant that lawmakers are now not legally required to abide by rules against reckless driving, operating a vehicle in an unsafe condition, or speeding. Senior government officials would also not have to adhere to traffic signals or be banned from driving under the influence of drugs and alcohol.

On Thursday, Gongloe, Sieh’s lawyer, admitted that the amendment to the law now gave the associate justice the right to use the opposing lane, even as it created chaos in the traffic. During a press conference outside the Temple of Justice after the conference, he noted that it was his first time seeing the amended law presented.

“I’m not a legislator, but I believe that it has the tendency to create a situation where more Liberian citizens would be considered first-class citizens and will create more chaos in the traffic,” Gongloe said.

The bill that led to the change of the law was proposed just three months after two lawmakers had their vehicles stopped by inspectors from the Ministry of Transport for not being registered. Lawmakers later summoned Sam Wlue, the transport minister, and Oliver Dillon, the inspector who impounded the lawmakers’ vehicles and threatened to hold them in contempt.