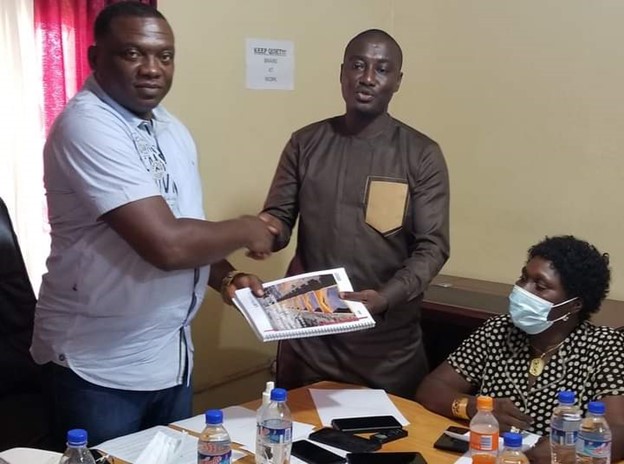 Presenting the report, LEITI secretariat’s head, Jeffrey Yates, said his entity ensured that the report was done accurately and in line with international standards.

This means the report now has information about the real owners of the companies, as opposed to simply listing the shell companies under which the operations are registered. The flexible reporting requirements allow flexibility in adhering to EITI requirements amid the COVID-19 pandemic.

During the report’s launch, the chairman of the Multi-Stakeholders Steering Group, Mike Doryen,  thanked the LEITI Secretariat and two auditing firms (BDO and Parker & Associates) for their services in preparing the report.

Doryen, who also heads the Forestry Development Authority, said the report reveals challenges in sectoral oversight, data collection, and licensing processes. He promised that LEITI would work with the relevant government ministries and agencies to address these concerns.

He added that LEITI is currently collaborating with the Liberia Revenue Authority, the Liberia Business Registry, and other relevant stakeholders to establish a Beneficial Ownership Registry for the sector, in keeping with EITI requirements.

Doryen said the report would now be distributed across the country to solicit feedback from citizens on improving the governance of the sector.

“It is worthy to note that Liberia is scheduled for EITI validation on July 1, 2021,” Doryen added. “I would like to encourage every stakeholder to support LEITI by providing the information requested by the Secretariat on time.”

LEITI was established to promote transparent management of Liberia’s extractives industry as part of a global standard, EITI. It was created by an act of the legislature in 2009.

The sector had been at the center of a controversy since Pres. George Weah took power. He received criticisms from local and international organizations for removing Konah Karmo, who previously headed the LEITI secretariat.

The U.K.-based pro-transparency group Global Witness had strongly criticized Gabriel Nyenkan’s appointment to head the secretariat, terming it as a violation of Liberian law that undermines the independence of a critical anti-corruption agency.

For over a year, Global Witness’ extractive industries campaign leader, Simon Clydesdale, called on the president to immediately withdraw his appointment and allow Karmo to resume his duties.

The controversy resulting in EITI suspending Liberia’s membership for failing to publish its EITI report for the fiscal period ending on July 1, 2018.