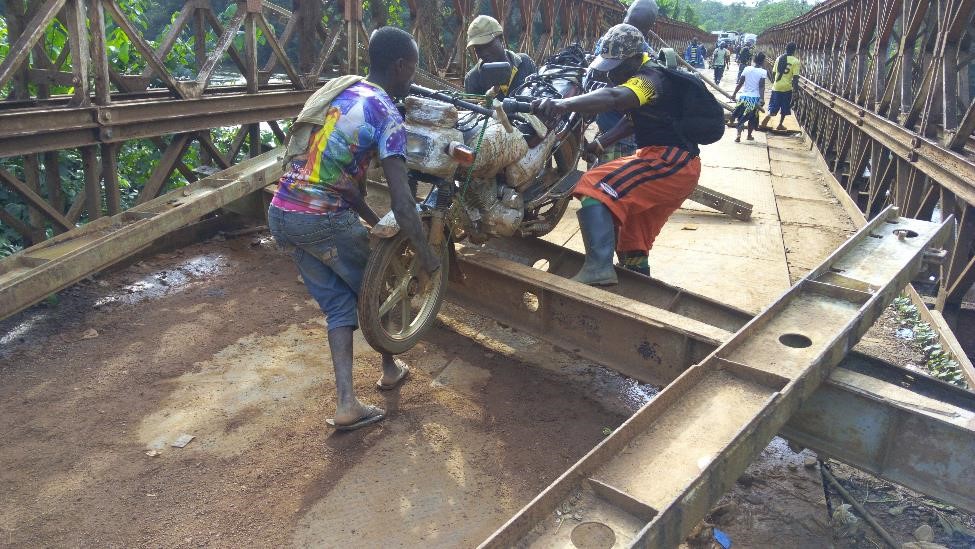 The 45-year-old bridge that separates Grand Bassa and River Cess became badly damaged on the night of June 6 to the point where it was declared unusable by authorities.

Gueh told The Bush Chicken that the Government of Liberia and one of its partners had agreed in principle to do an emergency repair on the bridge to ease the economic situation in Southeastern Liberia.

“The ministers of public works and finance and development planning have concluded talks for the repairing of the bridge,” Gueh said. “We had a meeting yesterday, and in that meeting, we agreed that an emergency work be done while we await the arrival of a totally new bridge that will replace the broken one that has outlived its usefulness.”

The senator further noted that one of the logging companies operating in the county had agreed to repair the bridge for emergency use.

“One of our key partners, LTTC [the Liberia Tree Trading Corporation] has volunteered to repair the bridge,” Gueh said.

Since the bridge became damaged, there has been adverse economic effects on Southeastern Liberia, as prices of basic commodities â€“ already more expensive than in Monrovia â€“ continue to increase daily. Oretha Johnson, who runs a shop in Yarpah Town, about 9 km from the bridge, complained about the extra costs that businesses owners now incur because of the damage to the bridge. She said traders must now pay twice for transportation.

“When we reach the bridge, we have to get down from the car to cross and find another car,” Johnson said. “We pay people to haul our goods to the other side, then we pay again to the other driver that will reach us.” Traders traveling across the bridge hire individuals to carry their goods to vehicles on the other side. Photo: Eric Doue

At the bridge, motorcyclists have to lift and carry their bikes in their hands from one side to the other.

According the River Cess senator, the Liberia Tree Trading Corporation will commence work no later than Tuesday, June 27 and it will take up to two weeks before commuters can get a resolution. As for the new bridge to be built, it may take up to three months to get the materials at the site.

“The company will start work either Monday or Tuesday,â€ Gueh said. â€œMaybe the work might take up to two weeks. The government bought the new bridge; there are 60 containers and it might take two to three months to get 60 containers to the area.”