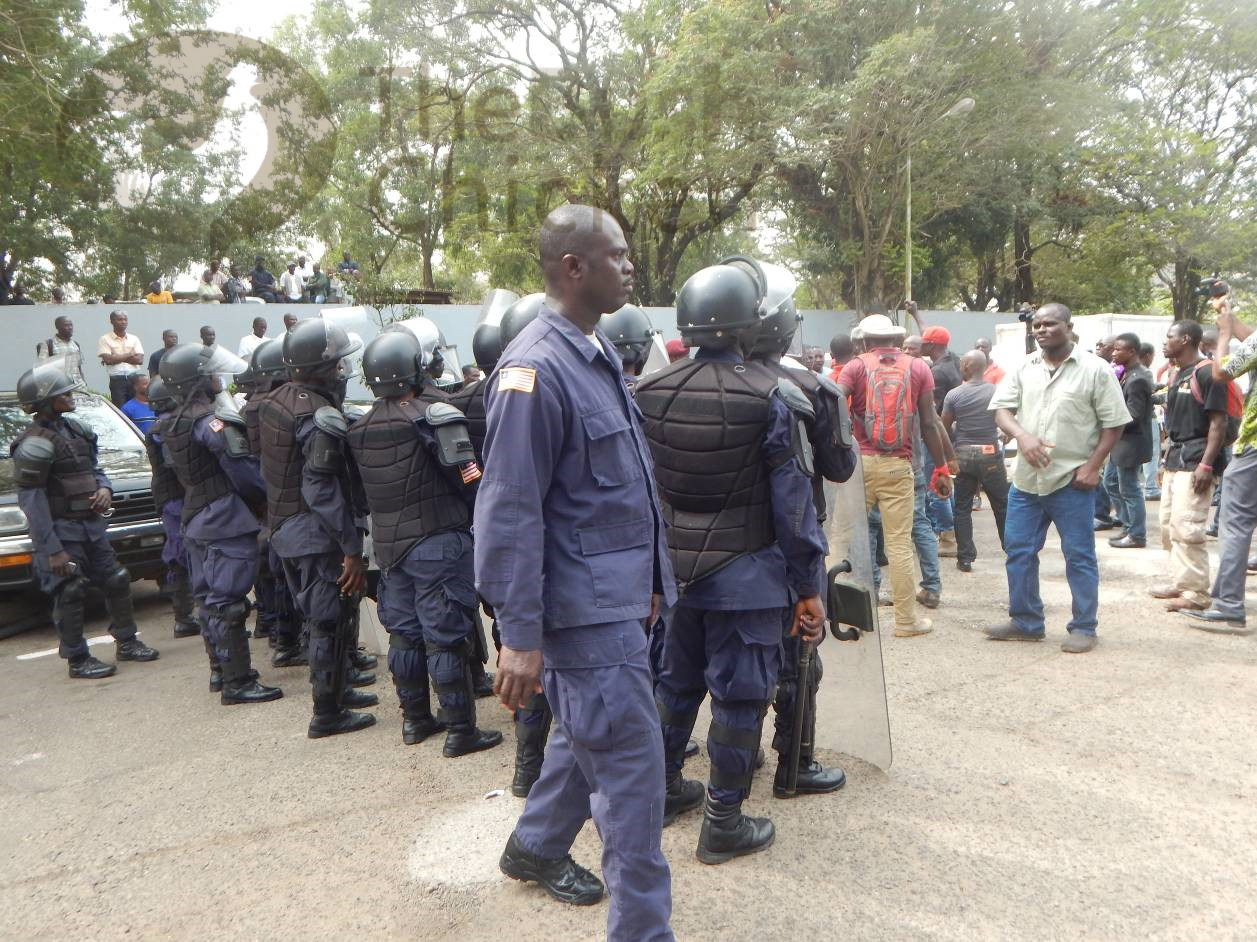 MONROVIA, Montserrado â€“ Supporters of detained activist Vandalark Patricks are mounting pressure on the government over his imprisonment at the Monrovia Central Prison.

Supporters of Patricks who went to the Temple of Justice on Monday to demand his release were prevented from entering the courtyard.

Entrances of both the Temple of Justice and the police headquarter were barricaded by staff and officers of the Emergency Response Unit and Police Support Unit.

Patricksâ€™ supporters managed to enter the premises of the Temple of Justice after Chief Justice Francis Korkpor arrived on the scene. Supporters of Patricks and journalists prevented from entering the Temple of Justice. Photo: Zeze Ballah

The peaceful supporters of Patricks began chanting anti-government slogans as additional police officers were called to the Temple of Justice.

Some protestors then began to sit and also lie on the ground, calling on the government to have them arrested if their colleague was not released.

The commotion disrupted normal working activities for several hours at the Temple of Justice.

When protestors were asked to leave the courtâ€™s premises, confrontation immediately ensued among Patricksâ€™ supporters and officers of the LNP. Chief Justice Korkpor told journalists that the Temple of Justice is not a political ground, adding â€œthe court is not a market ground for noiseâ€.

â€œIf Vandalark supporters came at the court for a case, they need to be silence,â€ he said.

He explained that the case of Patricks could be a jury case and if such as allow, the case could also be influenced. According to Korkpor, the court is where everybody is equal under the laws of Liberia.

Mulbah Morlu, Vice Chair for Operations of the opposition Congress for Democratic Change or CDC also told journalists that the â€˜Free Vandalark Patricks Campaignâ€™ has just begun, noting that their presence will be felt on the grounds of the Temple of Justice every day until their colleague is release.

Morlu said President Ellen Johnson Sirleaf and other actors of the government would not rest in peace until Patricks was released from detention. â€œWe have informed the government that there will be unspecified consequences if Patricks is still being held in prison,â€ Morlu pointed out.

He noted that the government was barricading the entrances to the Temple of Justice to stop protestersâ€™ entry but he said it would not stop the mass from turning out to support their colleague who he said was languishing in prison for speaking out his mind against the government.

When The Bush Chicken contacted Isaac Jackson, Deputy Information Minister for Public Affairs, he said the government denounces the action of the protestors as uncalled for, unnecessary and totally unacceptable.

Jackson said the government would not allow anyone to take the law into their own hands, stressing, â€œIf Patricksâ€™ supporters have any grievances, they should take them to the court and not in the streets.â€

He said the gathering of the protestors around the court premises on Monday impeded the free movement of ordinary Liberians. Protestors sitting on the ground in front of police officers. Photo: Zeze Ballah

Jackson said the government would not relent in applying the law where provision of it is being violated by any Liberian.

â€œThe law of Liberia is imperial to all social classes in the country,â€ Jackson maintained.