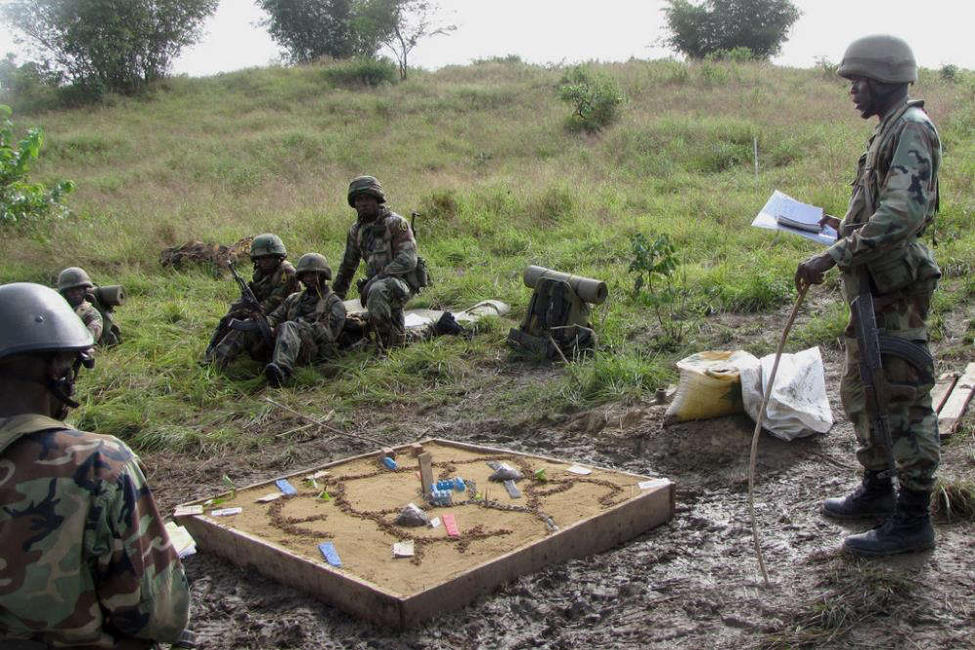 MONROVIA, Montserrado â€“ As construction is said to have begun on the proposed military hospital, Information Minister Eugene Nagbe has provided more details on the project, although his account differs from those previously provided by other senior government officials.

On February 12, President George Weah announced that his government plans to construct the countryâ€™s first military hospital for officers of the Armed Forces of Liberia and other security agencies.

Following Weahâ€™s pronouncement, the Defense Ministry, in a statement on its website, said ahead of the groundbreaking, a technical committee met on March 8 to review progress made.

Weah broke ground for the hospitalâ€™s construction on March 26.

The ministry also said a meeting among stakeholders to include the Environmental Protection Agency, the Public Works Ministry, the Health Ministry, the Ministry of National Defense, and the Public Procurement and Concessions Commission was scheduled for March 9.

The government then appropriated US$200,000 for the hospitalâ€™s feasibility study.

Sekou Kalasco Damaro, Weahâ€™s special assistant posted on his Facebook page on April 11 that the president has instructed the disbursement of 50 percent of the funding required to start construction on the proposed military hospital.

Attempts by The Bush Chicken to get details on the US$200,000 allocated for the feasibility study proved difficult.

Janga Kowo, Liberiaâ€™s comptroller general, refused to provide any information on that disbursement. After an initial investigationÂ showed that officials at the Defense Ministry, the Ministry of Information, and the Ministry of State could provide no details on the study, The Bush Chicken requested information from Kowo showing whether the funds had been spent and to which government agency it had been provided.

However, Kowo refused to answer any questions on the matter or to provide the requested details.

â€œAs for money spent on the military, I am not authorized to make [a] disclosure,â€ he said.

Kowo explained that he is not authorized to comment on matters pertaining to the military and other security apparatuses. He ended the interview by saying he would take no further questions.

Earlier, the comptroller general had told The Bush Chicken that he assumed that the Armed Forces of Liberia would conduct the feasibility study because it had an engineering battalion.

On May 1, EugeneÂ Fahngon, Liberiaâ€™s deputy information minister for public affairs then told The Bush Chicken in an exclusive interview that the country does not need feasibility study for the construction of the military hospital.

â€œLiberia does not need such feasibility study because at the end of the day, it is something that is outdated,â€ Fahngon said. â€œDo we have to do feasibility study to be able to make the determination that over 2,000 men and women that serve in the military deserve to have treatment facility?â€ he said.

He also said he did not have details on what became of the US$200,000 appropriated for the hospitalâ€™s feasibility study that was no longer needed.

â€œThe government is not going to provide the hospitalâ€™s plan before it gets out to our enemy,â€ he added.

Despite Fahngonâ€™s statement that a feasibility study was not needed, on May 3, Information Minister Eugene Nagbe told reporters at the ministryâ€™s regular press briefing that the first amount of US$75,000 from the US$200,000 appropriated was given to the Ministry of National Defense for feasibility studies and surveys.

This differed from the 50 percent figure mentioned by Sekou Kalasco Damaro, the presidentâ€™s special assistant. He explained that holding the groundbreaking ceremony even when these studies were not yet complete was not unusual.

â€œYou can be breaking ground and at the same time doing feasibility study, environment impact assessment, [and] reviewing the design,â€ he said.

Nagbe said the Finance Ministry would soon provide the second portion of the funds to the Defense Ministry, as he confirmed that the army had already completed the feasibility study.

â€œIf the work was not done by the military, we would be talking about far more than US$200,000 because the average around such studies and surveys is around US$500,000 to US$600,000,â€ he said, adding that the army had its own engineers who reviewed the design for the hospital.

He said the hospitalâ€™s initial designs were already completed and there were adjustments made on the first design of the military hospital plan.

â€œThe final design of hospitalâ€™s plan had to be approved by the president,â€ Nagbe said. Among adjustments made by the president, Nagbe said, were the lack of a pediatric ward and the mortuary being too close to the cafeteria.

He added: â€œWithin a couple of weeks, the foundation will be up because the president wants it to be done as expeditiously as possible because he only has six years to do the things he says he wants to do, so we will be doing some of the things together with the others.â€ Nagbe clarified that all the studies and surveys occurred before the president laid the first brick for the construction of the hospital during a May 3 ceremony. The Environmental Protection Agency corroborated Nagbeâ€™s account. The assistant manager for environment social impact assessment at the EPA, John K. Jallah, who served as focal person from the EPA on the project, said the Defense Minister, Daniel Ziahnkan, had applied for environmental studies to be done. Jallah said the Defense Ministry was required to have an independently licensed environmental consultant conduct the study.

â€œThe studies were done and findings submitted EPA which is under review by various experts,â€ he said.

Based on the outcome of the study, Jallah said the EPA plans to authorize the Defense Ministry to proceed with the project.

Although the construction has started, Jallah said within the course of the week, the environment authorization license should be issued.

â€œThe EPA is aware of what the ministry is doing,â€ he assured. â€œThe hospital is not being constructed on wetlands, so the issue of soil and water contamination is not a problem.â€

At the Public Works Ministryâ€™s Zoning Department, John Doeyou told The Bush Chicken that the hospitalâ€™s plan was done by Builders Construction, an international construction firm and taken to the ministry on April 16.

Doeyou said the plan was reviewed, checked, and processed by four directors from various departments at the ministry, including himself.

He said a permit was attached to the hospitalâ€™s plan and sent to Claude Langley, the deputy minister for technical services.

He added, â€œIt was signed and collected on April 20, by Builders Construction, who took it back to the Defense Ministry.â€