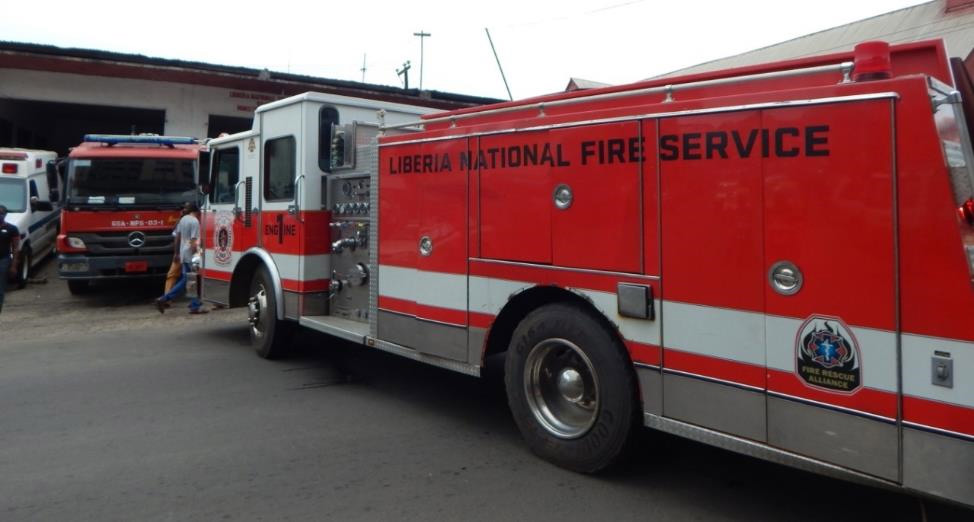 BUCHANAN, Grand Bassa â€“ The Grand Bassa detachment of the Liberia National Fire Service is warning that the lack of a fire truck is hampering its efforts to fight fire incidents in the county.

Deputy Commander Maurice Mingle told reporters on Tuesday in Buchanan that for the past two years, his location has been out of essential fire equipment, such vehicles, water pumps, and tanks. Mingle said another major challenge is the lack of furniture within the institutionâ€™s office.

While his team consists of a trained and qualified workforce, Mingle said the absence of these essential tools and equipment impedes their operations. He said fire trucks provided in 2008 by Buchanan Renewables and a water tank that was later provided by the government are both currently out of service. As a result, he says his team has borrowed Arcelor Mittalâ€™s fire truck for the last two years every time a fire incident occurred.

â€œWe are slowly dying,â€ he said. â€œWe are calling on the citizens to come to our aid to appeal to the local government to please come to our aid because we have two trucks here that need to be repaired.â€

He said authorities in the county had promised to provide the station with US$10,000 to repair the trucks, but that has not happened.

He pointed to real consequences that the lack of equipment poses â€“ earlier this month, the detachment was unable to intervene in a house fire in Buchanan because they did not have a truck. The ArcelorMittal fire truck arrived on the scene later, when the fire had already destroyed properties belonging to the occupants. Mingle believes that if the two trucks were still in good service, the house would have been saved.

In 2018, fire also gutted the Buchanan Government Hospital and destroyed major portions of the facility. Mingle said the situation was embarrassing to his agency because they did not have the capacity to help.

While the fire service lacks the capacity to help residents, Mingle called on parents to exercise caution in dealing with the most common causes of fire in the county â€“ candles, matches, mosquito coils, and gasoline kept in homes.

Meanwhile, the chairman of Grand Bassaâ€™s Project Management Committee, Moses Henry, appearing on a Buchanan radio station to disclose a plan to purchase a fire truck for the station. He, however, did not disclose when that would be done.