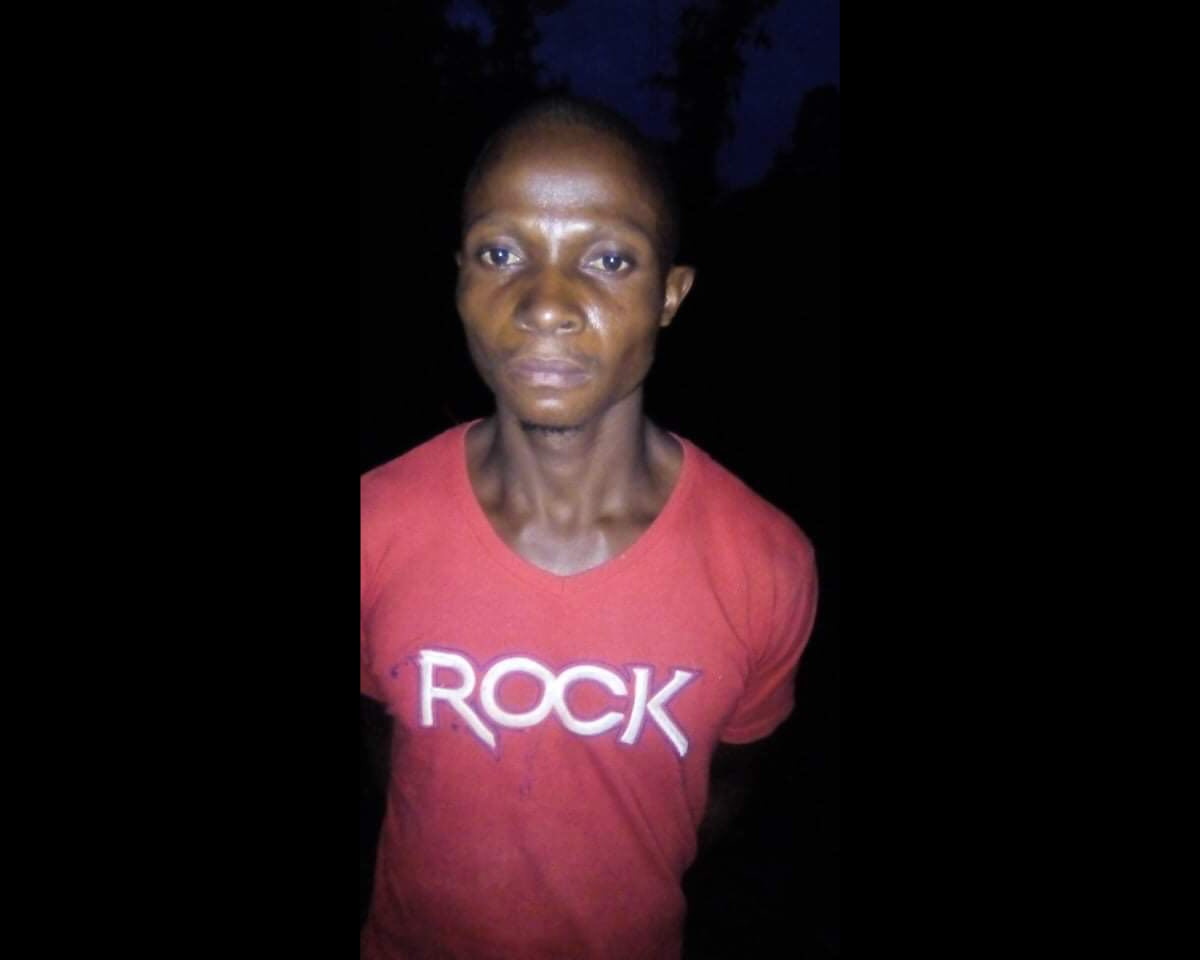 BARCLAYVILLE, Grand Kru – Police in Grand Kru have arrested 38-year-old Eric Teah after a physical altercation with his girlfriend resulted in her death.

Teah and Benatta Wiah had been cohabitating for the past three years in Bolloh Kaykpor, a dense gold mining camp in Grand Kru. Teah, a miner, has not denied being responsible for Wiah’s death – he called the incident a mistake.

Speaking in an interview with reporters over the weekend at the Grand Kru police headquarters in Barclayville, Teah said on March 10, he and Wiah first started quarreling when she accused him of ogling the butts of women passing near their yard. Teah said this resulted in Wiah slapping his face, shortly before neighbors intervened and took him away. He explained that he stayed at his friend’s place until the evening to avoid any more problems.

“So later I got home, I asked her to cook,” Teah continued. “Then she told me to go the women [I] was looking at in the town. I went to her sister’s place to eat. While there, she [Wiah] came and started the same thing. So her sister and other people tried to talk to her to calm down. She refused.”

Teah said he left the sister’s place and returned home, where their landlord intervened to settle the confusion with his live-in girlfriend.

However, that was not the last of the commotion between Teah and Wiah: “We were sleeping – she started cussing me again, so I told the people in the yard that she [was] starting again and [I] wanted to get out to pass the night somewhere else.”

Teah said they both started fighting and slapping each other. He landed a slap that dropped Wiah to the ground, unconscious. Startled, Teah said he called to neighbors for help, and they began to throw water on Wiah in an attempt to revive her.

He added that the community lacks a health center, and neighbors sent for a health worker from a nearby community, but it was too late – Wiah had already been pronounced dead.

Teah said he deeply regrets his action and urged the public to be more forgiving because his actions were a mistake.

Wiah’s remains have already been turned over to the family by police for burial. Teah was arrested a day after the incident. He was charged with murder and is awaiting prosecution.

Meanwhile, many citizens, especially women, are calling for justice. They want Teah to be an example to deter further domestic violence against women.

Although Liberia passed a Domestic Violence Act into law in 2019, recent efforts against sexual and gender-based violence have been mostly focused on reducing rapes. In fact, Liberia’s cultural attitudes, especially in rural areas such as Grand Kru, may be favorable towards domestic violence against women.