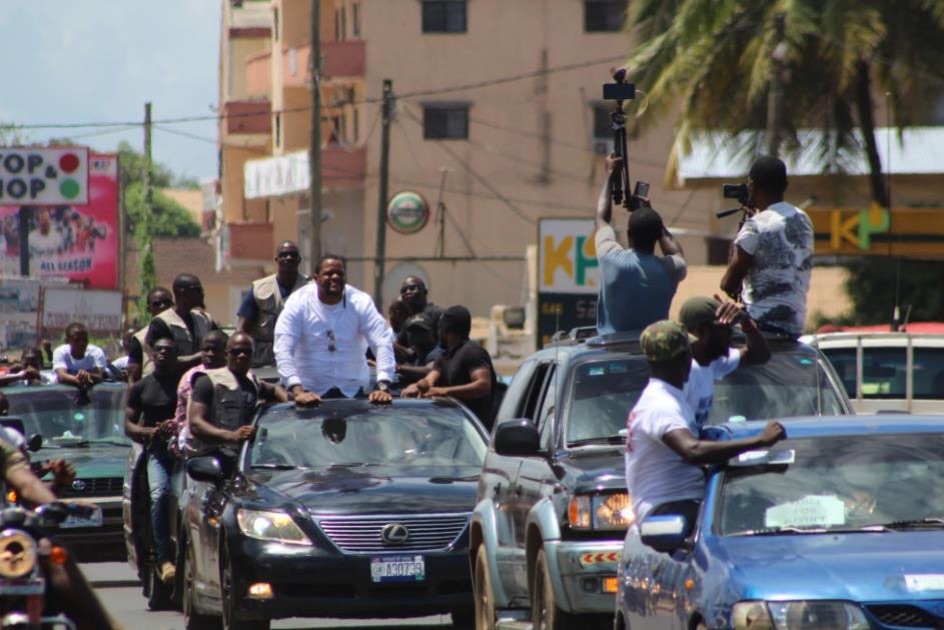 MONROVIA, Montserrado â€“ On Thursday, May 16, the controversial talk show host Henry Costa arrived in the country to a rousing welcome from his supporters at the Roberts International Airport in Unification Town, Margibi.

Costa is the owner of Roots FM 102.7 and co-hosts the popular Costa Show, which regularly criticizes the government. He is also one of the leaders of the pending June 7 protest.

While en route to Liberia from the United States, Costa made a brief stop in Ghana. At the former Buduburam Refugee Camp, he told a group of Liberians that although he did not believe Weah would make a good president, he defended the president for ten months after the elections.

During the 2017 elections, Costa said Weah had reached out to him for support.

â€œI did not support Weah because I do not support people who I do not believe in, no matter how much money they are willing to offer me,â€ the talk show host said.

â€œWeah recorded a conversation between the both of us while trying to secure my support during the elections.â€

At the time, Costa said Weah begged him for support because the president knew the power of Costaâ€™s platform.

Though Costa said he was against Weah being elected to the presidency, he chose to settle his differences with the president because the president kept asking for his support.

â€œSo I later changed my mind and told the president that I would give my support to his government,â€ Costa said.

However, he said he could no longer continue to defend the Weah government after identifying several wrongs behind closed doors that were not addressed.

â€œYou know it is very difficult to support wrongs in the government especially when everybody sees it,â€ he said. 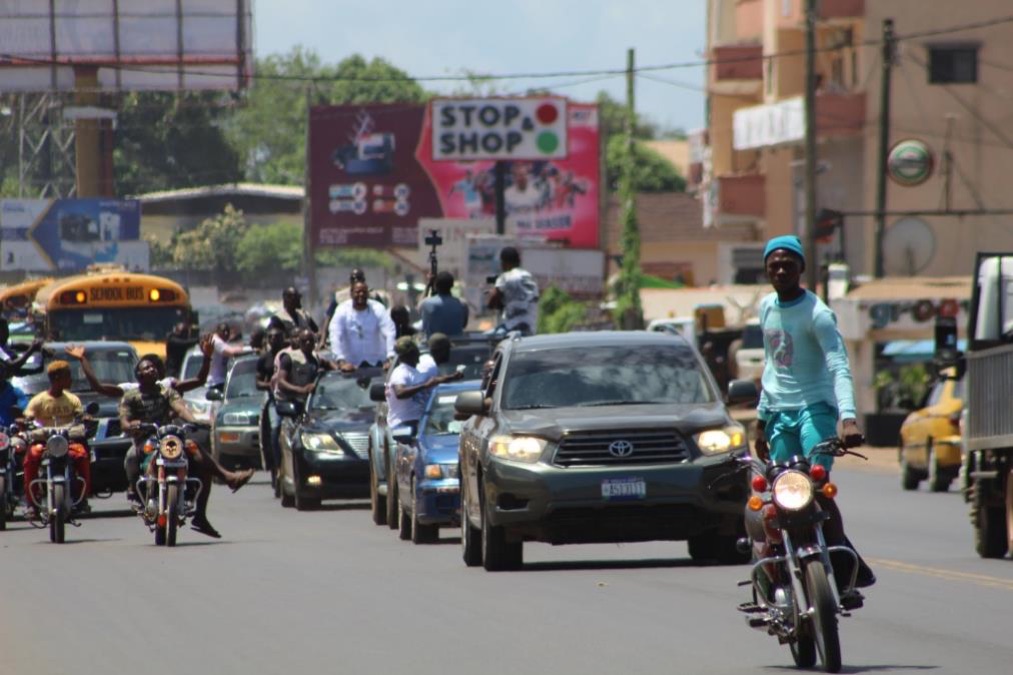 Henry Costa is carried through the streets of Monrovia in a parade. Photo: Zeze Ballah

On Thursday morning in Liberia, there were several buses available at strategic points in Monrovia to transport Costaâ€™s supporters to and from the airport.

Wearing a white shirt and black jeans trousers, Costa arrived to a jubilant crowd after leaving the airport terminal. He later drove to Monrovia in a convertible black Lexus sedan amid cheers from his supporters and onlookers along the RIA route.

Another group of Costaâ€™s supporters had gathered at Vamoma House in Sinkor to welcome him.

A parade immediately got underway through the main streets of Sinkor, triggering major traffic.

Costaâ€™s supporters sang and chanted, â€œThis kind of stealing and hard time, we never see it during Ellen time,â€ â€œYâ€™all leave us; that Costa we want,â€ â€œHenry Costa, our hero cares for the poor,â€ and â€œCosta in town, George Weah is worried.â€

Later, Costa briefly addressed his several hundreds of supporters on Carey Street near the CenterÂ for the Exchange ofÂ Intellectual Opinions, with his speech lasting for just a couple of minutes.

â€œThe man you voted for and thought he was going to improve your life has failed,â€ Costa told his supporters.