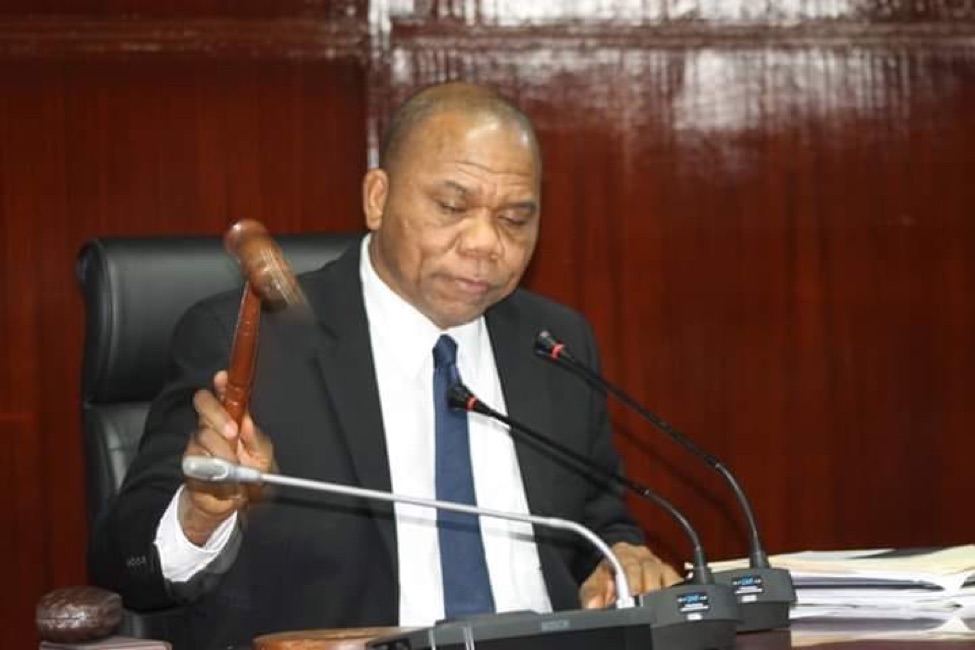 MONROVIA, Montserrado â€“ As members of the senate reconvened for its third session on Monday, Senate President Pro Tempore Albert Chie has predicted a challenging session amid the upcoming senatorial election in October.

â€œFor senators of the second category, our workload will increase as our senior colleagues are away from the capital,â€ he told the senators who will not be seeking re-election. â€œI will seek your indulgence and understanding to fill the gap, in addition to your own assignment. In respect of these expected moments, I will seek the blessing of the Senate leadership to make the relevant adjustments to the composition of the statutory committees.â€

The pro tempore made the comments when he delivered the opening address for the inception of the third session of the 54th National Legislature.

He said during the ensuing session, the body would focus on reviewing laws, despite the anticipated decline in attendance during the periods close to the special election. He also admonished his colleagues to be diligent and objective in their role.

â€œThe Senate worked very hard in the second session, I want to encourage all of us to work even harder this third session,â€ he charged his colleagues.

â€œI know that all of us have various and different political orientations and beliefs. We belong to different ideological and political groupings; we present diverse constituencies and have various interests. So, there is no way all of us will agree 100 percent on issues. I asked for tolerance.â€

Despite the short break amid the two special sessions after the official closing of the second session, Chie said he is convicted that his colleagues are ready for the work they were elected to do.

He acknowledged disagreements among members of the Senate, especially during executive sessions during their last sitting, but asked his colleagues to let go of the bitterness, noting, â€œThis is all part of normal legislative parliaments around the world.â€

Vice President Jewel Howard-Taylor, who is the president of the Senate, was absent during the opening session. Chie said the vice president was unable to attend because of an emergency situation she encountered on Monday morning.

However, critics of the government, including the chair of the Council of Patriots, Henry Costa, attributed the vice president’s absence to a protest in demand of her delayed salary allotments.

Meanwhile, Chie announced that there were some parts of the constitution that might require clarification or simplification, including the clause specifying the freedom to peaceful assembly and movement, the tenures of officials, and the printing of money.

He also noted that the Senate needed to respond to the letter from President George Weah seeking advice on the implementation of the Truth and Reconciliation Commission report.

Chie also acknowledged the challenging state of the Liberian economy and thanked his colleagues for their sacrifices in accepting to slash their compensation and benefits in order to qualify the country for the IMFâ€™s economic recovery program.

â€œMy thanks also go to all other public servants who made similar sacrifices in respect of their incomes,â€ he also noted. â€œNow that Liberia has entered the program, we must help the executive branch to live up to the terms of the program.â€

He further challenged senators to meticulously and diligently exercise their oversight responsibility instead of only â€œcomplain[ing] on the Senate floor or over the radio.â€

â€œLet’s turn the plenary into committee of a whole. I ask you to monitor the agencies and situations, have public hearings in committee rooms, and write reports with recommendations to plenary,â€ he said.