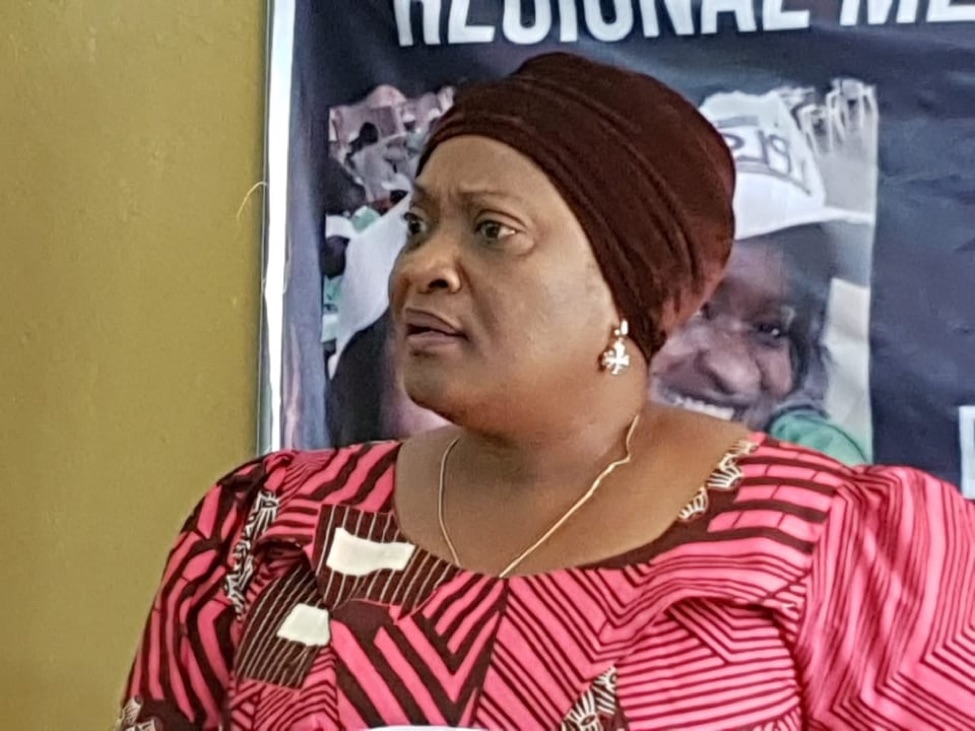 GBARNGA, Bong â€“ Vice President Jewel Howard-Taylor is calling on young women in Liberia to defy all the odds and build resilience in the quests for increased womenâ€™s participation in decision-making if women must achieve gender balance in national leadership.

She was speaking on Monday in Gbarnga at the start of the two-day Young Women Empowerment and Mentorship in Leadership program organized by Naymote-Partners for Democratic Development, a non-governmental organization, with support from the Canadian government and U.N. Women.

Howard-Taylor said young women must develop visions for leadership, do away with their fears, build personal character, and work harder with commitment if they are to strike a balance with their male counterparts for leadership in institutions and government.

â€œOnly people with passion do what they want to do,â€ the vice president said. â€œYou must have leadership qualities if you are trying to venture in leadership. Believe in certain things â€“ believe in yourself. Only those with passion can rise above the barriers we face.â€

For Howard-Taylor, 70 percent of the factors hindering the progress of women were internal, while the rest are external. She challenged young women to work to get over the barriers that confront them. 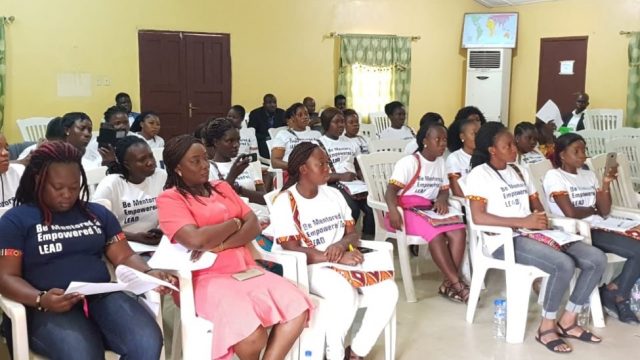 â€œThrough this initiative, Naymote seeks to build a cadet of interested, diverse, and capable women leaders who will readily engage Liberiaâ€™s political space by engendering women sensitive reforms as well as contesting and winning political seats to foster pro-poor women policies and reforms in Liberiaâ€™s governance processes,â€ Weah-Weah said in his overview of the project.

He said the project will recruit 75 young women and train them in campaign planning, campaign budgeting, campaign team building, as well as leadership qualities and skills.

Weah-Weah said the women will also be trained on winning votes during elections, and that the participants would later form a group to help champion womenâ€™s political participation in Liberia. He said the group would build partnerships with different professional women groups in the country to foster causes of womenâ€™s participation in leadership.

The deputy country representative of U.N. Women in Liberia, Sangeeta Thapa, underscored the need for the full participation of women and men in leadership and decision-making if the countryâ€™s development drive must be completed. 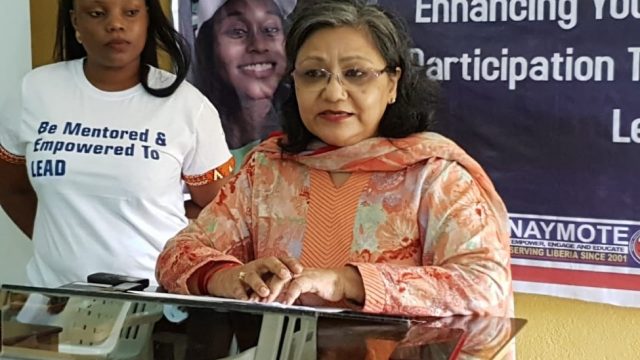 She called for a collective effort to ensure more womenâ€™s participation in national leadership and decision-making, terming the low participation of women in government as a â€œnational emergencyâ€ that must be treated with urgency.

Of the 73 representatives in Liberia, only 9 are women. Moreover, following the recent death of Sen. Geraldine Doe-Sheriff of Montserrado, the country only has one female senator.

â€œThere are only 2 women ministers proper out of a full 19 ministerial slots available. Of more than 2,000 local government positions in Liberia, less than six percent are occupied by women,â€ Sangeeta Thapa said in remarks during the opening of the program.

She thanked Naymote for the initiative to help work with young women to change this trend, pledging U.N. Womenâ€™s commitment to ensuring that Liberia includes more women in national decision-making.

Thapa called on the participants to do all in their powers to grab the knowledge and skills being provided at the program as a basis for the political feature.

The Gbarnga training is the first in a series of regional training sessions that will be done across the country during the course of the program. The participants were drawn from Bong, Lofa, Nimba, Margibi, and Grand Bassa.

Full disclosure: [the author of this story is the regional coordinator for Naymote-Partners for Democratic Development in Bong, Lofa and Nimba Counties].