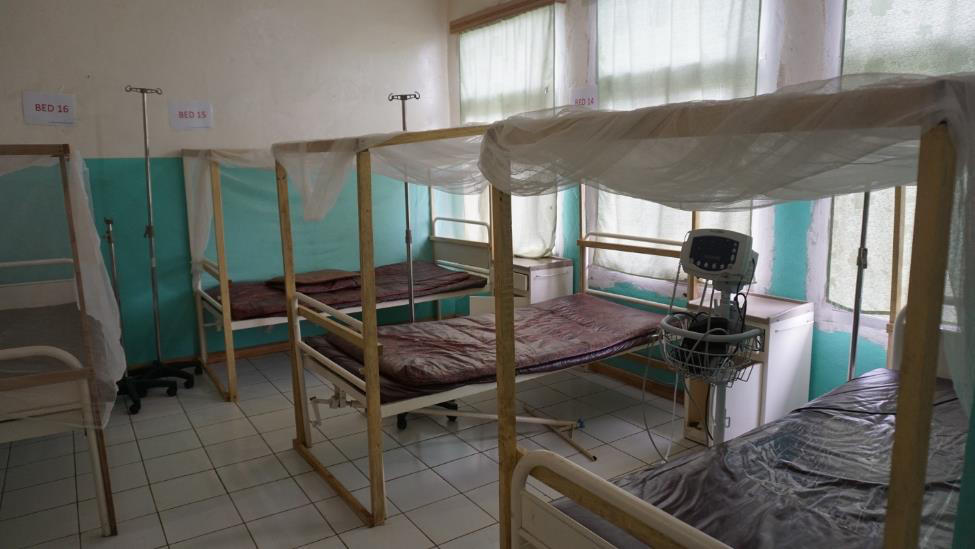 BUCHANAN, Grand Bassa â€“ The chair of the Grand Bassa Legislative Caucus, Thomas Goshua, has threatened to invite the Liberian Agricultural Company to the House of Representatives for questioning if it does not find a newborn baby that went missing at the companyâ€™s hospital.

The baby disappeared on the morning of March 16 when it was four-days-old. Mary Barkon, the babyâ€™s mother, had been referred to the hospital by the Zondo Clinic after she experienced complications following giving birth.

â€œI referred them to the LAC Hospital,â€ said Victoria Harris, a midwife at the Zondo Clinic. â€œCan you imagine the pain the 16-year-old girl went through to give birth to this baby? I am even confused to hear that the baby was missing. How can this be?â€

Harris said the mother had suffered from a significant amount of blood loss and even though the Zondo Clinic was able to stop the bleeding, she thought it wise to transfer Barkon and her baby to the companyâ€™s hospital, which is better equipped.

Harris said Barkon had left her baby within the maternal ward and gone to the bathroom when the child disappeared.

â€œWhen she came back, she couldnâ€™t see her baby,â€ Harris narrated. â€œWhen she asked the other lady, she told her that a man wearing blue jeans trousers entered the place and took away the baby.â€

The uncle of the mother, Nelson Gbotoe, has vowed to do everything possible to make the company to account for the baby. He noted that this was not the first time for the hospital to have a patient go missing.

â€œWe canâ€™t allow this to happen,â€ he said. â€œLACâ€™s always doing this, we will ensure that LAC produces the baby and nothing else we want from them, it is too much now. Last year, it happened there, so it is sweet in their mouth now. But we will do everything possible to get the baby.â€

In March 2019, Fayiah Kettor, a patient at the hospital, mysteriously disappeared and his lifeless body was found after citizens mounted pressure on the company. The company was charged with negligence and provided US$10,000 to Kettorâ€™s family.

Rep. Thomas Goshua of Grand Bassaâ€™s fifth district has condemned the company for allowing such act to occur on its property again.

â€œThat is a terrible act,â€ he said. â€œWe, as their leaders, need to address [this] to ensure that LAC answers questions for the continuous mysterious disappearance of people at their hospital that is well fenced and protected by securities.â€

Goshua added, â€œI have started engaging the national government through the legislature and the judiciary branch to ensure that the LAC management is invited for questioning if nothing is done to find the missing baby.â€

He assured citizens that their leaders would ensure that justice prevails.

The Liberian Agricultural Companyâ€™s human resource manager, Harry Attoh, did not provide an interview to The Bush Chicken when contacted. The company is also no longer allowing anyone on the plantation due to the Coronavirus pandemic.