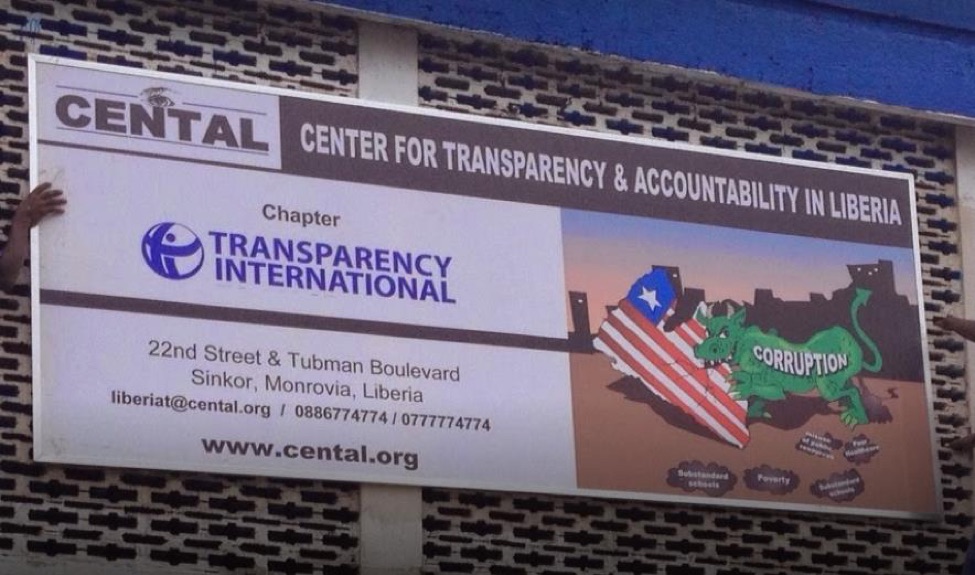 MONROVIA, Montserrado â€“ Transparency Internationalâ€™s local affiliate, the Center for Transparency and Accountability in Liberia, has termed the recent report released by the General Audit Commission into the US$25 million mop-up of excess Liberian dollars from the market as a â€œwaste of the Liberian peopleâ€™s precious time and money.â€

CENTAL issued the statement on Monday, less than one week after the GACÂ  submitted the report to President George Weah. The report was a â€˜factual findings on applying the Agreed Upon Procedures,â€™ rather than a forensic audit.

Although the report shows many discrepancies between what the Central Bank reported and what the investigators found, CENTAL said the report comes as a surprise, as the public had previously been informed on March 7 that the Ministry of Justice, by directive of the president, had requested the GAC to conduct an investigative audit into the expenditure of the mop-up fund.

CENTAL noted the government had disclosed that the presidentâ€™s mandate grew out of the preliminary report from a presidential investigative team. That report had called for a â€œforensic investigationâ€ of the entire mop-up exercise. An independent report conducted by Kroll Associates and sponsored by the U.S. government also suggested the same.

CENTAL wondered why the GAC proceeded with an Agreed Upon Procedure instead of a forensic audit.

â€œCENTAL struggles to understand the rationale for this position, which contradicts the clear and unambiguous mandate of President Weah that the GAC conducts an investigative audit,â€ the release also provides.

According to the local transparency organization, the report released by the GAC cannot suffice as an â€˜investigative auditâ€™ in light of the circumstances that gave rise to the commissioning of the audit.

â€œThis is so because the governmentâ€™s selection of an AUP, as against a forensic audit, so clearly limits the GAC to report on factual findings without expressing any assurance, thus shifting the said role to the government or public to draw their own conclusions,â€ it further noted.

CENTAL said the choice of that type of audit could lead the government or the public to misinterpret the results.

â€œWe believe that the [presidential investigative teamâ€™s] recommendation of a â€˜forensic investigation,â€™ which formed the basis for President Weah mandating an â€˜investigative audit,â€™ was based on the fact that preliminary investigations established a probable cause for a forensic investigation that could uncover corruption, conflict of interest, and other types of fraud, and that such discovery could lead to [the] prosecution of suspected corrupt officials under controlling Liberian laws.â€

â€œThis, we believe, is why the [presidential investigative team] report did not hold any official accountable for the mop-up exercise but did so in the missing 16 billion scandals.â€

CENTAL believes that a forensic investigation was recommended in order to identify culpable individuals, just as Charles Sirleaf and others were recommended for indictment for their role in the L$16 billion scandal.

The organization also said it expected the GACâ€™s work to continue from where the two other investigations had stopped by going beyond the limits imposed on the two investigations, in terms of time, scope, and financial resources.

â€œYet, the government of Liberia, through the minister of justice, settled for a procedure that does not mirror that which was prescribed by the PIT and Kroll. We wonder why the minister of justice, Cllr. Frank M. Dean, who approved the PIT report (including recommendations) as chairman of the PIT Steering Committee, would discard the recommendations in favor of a less stringent and basically procedural engagement,â€ CENTAL further noted.

â€œWe also cannot fathom why the GAC provided an AUP as an alternative approach to the presidentâ€™s directive for an â€œinvestigative auditâ€, being fully aware of the scope limitations of said procedure.â€

CENTAL said while findings of the GACâ€™s investigation further note the extent to which the mop-up exercise was marred by irregularities and potentially corruption, it falls short of the specifics required for the successful prosecution of individuals that ought to be held accountable. In its report, the GAC itself noted that the AUP method employed does not constitute either an audit or a review made in accordance with international standards of supreme audit institutions.

â€œBut this then begs the question: why did the GAC not decline to carry out the procedure, being in the position to have known that the said procedure would have been of less audit significance under the circumstances?â€ CENTAL continued.

â€œWe regret to note that the procedure under review amounts to a waste of the Liberian peopleâ€™s precious time and money, for it essentially duplicates efforts of the PIT and Kroll and does little to inform the Liberian people of the ramifications of actions by the Technical Economic Management Team.â€

CENTAL also further described the commissionâ€™s action as a shift of its statutory responsibility to the Liberian people for determination of what went wrong, who did wrong, and how things went wrong.

The anti-corruption organization recommended that the president ask the GAC to conduct an investigative audit, in keeping with his earlier mandate and provide assurance regarding the findings. The group also recommends that the GAC be allowed an additional three-week period to conduct the forensic investigation, building on preliminary information in its possession.

CENTAL further encouraged the president to take appropriate administrative actions against the justice minister for failing to ensure that the presidential directive for an investigative audit was considered and adhered to by GAC.