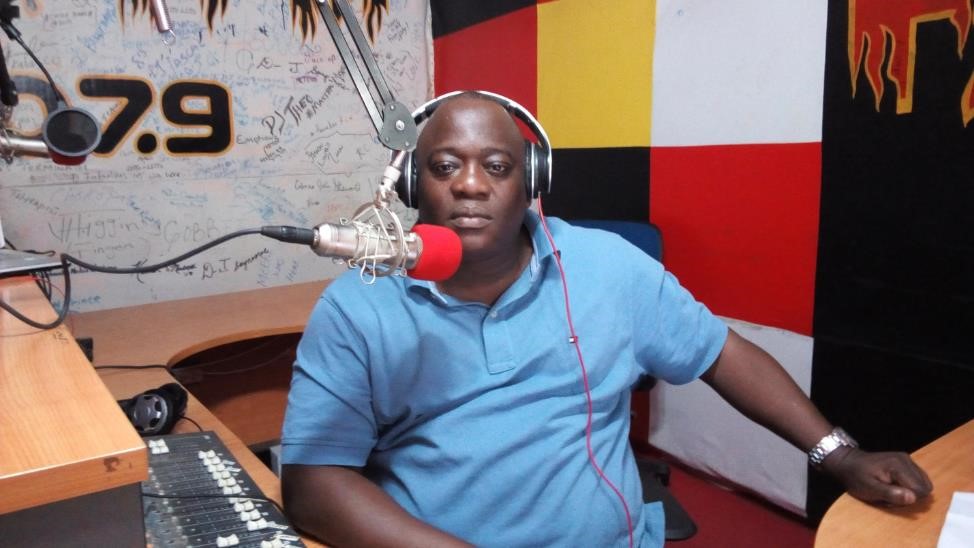 After acquiring most of his secondary and primary education from the Lott Carey Mission High School in his native Liberia, Benson was taken to the United States by his parents at the age of 18. It was there that he earned a certificate in Heat and Air Conditioner Technology and obtained high school credentials in Atlanta, Georgia.

While in the US, Benson first plunged into entertainment as a live show DJ. He said his passion had always been in music and this allowed him to tour the world and visit many states in the US.

â€œThe opportunity in that [line of work] is that it makes a lot of money, but not here; in the Unites States,â€ Benson said, referring to his career.

One of his largest events was the famous â€œThe Monrovia Classics,â€ which according to him drew up to 30,000 entertainment lovers. Benson said people based in Liberia during the war even flew in to attend the event.

â€œAs a DJ on the highest level and most professional, thatâ€™s what I did in the US,â€ Benson said. â€œI toured the US, I toured Europe, South America, and the Caribbean,â€

Benson made the decision to return to Liberia in 2005 to contribute to Liberian entertainment. His motivation in coming back was to contribute to the progress of his country and to be recognized as a citizen in his home and not a foreigner in another land.

He added, â€œEvery Liberian out there wants to come back home, especially when you have been away that long. Like me, I lived abroad for 22 years. If not for the war, trust me, I would have returned even earlier.â€ He said although there are opportunities in the US, life for Liberians is better here than abroad.

He said rebuilding Liberia is the responsibility of Liberians, and encouraged Liberians in the diaspora to come back home.

Benson admits that he would not have been able to dominate the airwaves in the more competitive environment in the US as he has in Liberia.

However, he did not have an easy start. Coming to Liberia as a DJ, Benson said he was initially discouraged about his passion. â€œPeople told me how DJs were not earning anything. In fact, I was made to understand that they receive just a bottle of beer a night and sometimes US$10.â€

However, he said he braved the storm and served as a motivation to local DJs, especially when he received US$10,000 in 2008 to sign to play for Embassy Club in Monrovia, in addition to a monthly salary of US$2,000.

Starting up a Radio Station

A year after his relocation to Liberia, Blue and his partners began the Blue Link Show, a promotional radio show for Lonestar at Magic FM.

He said the show gained high listenership but the inconsistency of Magic FM became a problem. However, the show was later shifted to Truth FM, then under the management of Ambrose Nmah. Blue said the recurring high fees demanded by Truth FMâ€™s management propelled his teamâ€™s exit and a new agreement with the state broadcaster, ELBC.

â€œStill being inconvenienced with the partnership with ELBC, in 2008 we decided to open a radio station,â€ he said. That was the beginning of the birth of what is now Liberiaâ€™s number one Hip Hop and hipco radio station â€“ Hott FM.

With partnership of committed young Liberians, Benson said the station began broadcasting in 2008 with the model of promoting Liberian music and promoting young artists.

â€œWhen we came in, stations were playing like zero percent Liberian music. But with our efforts [local music airing] has grown to at least 60 percent,â€ he shared.

However, he said starting up a radio station in Liberia was a challenging venture, especially for a newbie in the sector.

The station was set up with slightly more than US$20,000. That amount went towards the purchase of a US$9,000 radio transmitter, and the rest covered other equipment, labor, and other business costs.

Benson says he feels proud of his accomplishments. He said bringing Liberian music and local artists to the spotlight is a laudable achievement.

Benson said he is also very proud that Hott FM is the only private radio station that has local outlets in two of Liberiaâ€™s 15 counties (Gbarnga, Bong and Ganta, Nimba) with another expected to be opened next week in Buchanan, Grand Bassa. â€œAll the outlets have young Liberians working and earning money,â€ he said.

At the same time, the existence of numerous radio stations in a country only four million worries Benson. â€œFor us though itâ€™s a challenge,â€ he said. â€œWe are not afraid of competition, we have a better share according to our programs and because of what we do.â€

Besides media services and promoting Liberian entertainment, Benson said Hott FM has begun to give back to local communities: â€œIn Brewerville, we constructed the most modernized public latrine facility in Liberia for the people of that community.â€

Before the facility was built, he said residents were defecating in nearby bushes.

Among other achievements, Benson said he feels proud to have placed Liberian music and artists on the map. â€œFor example, Deng is now on a tour in Europe,â€ he said. â€œThis makes me proud.â€

Benson has taken the lead in promoting Liberian musicians. Besides using his platform on Hott FM, he is also producing a Liberian video mix comprising all Liberian hits in mass production.

He said money generated from the sales of the videos would be used to produce more videos with the ultimate goal of making Liberian musicians popular in the world entertainment market. Volumes 1 and 2 of the Liberian video mix are currently on the market. He said there are plans to release the third volume soon.

Blue is encouraging Liberians to be focused and committed to whatever they want to do. â€œYou donâ€™t have to come from a wealthy background to get to the top,â€ he said.