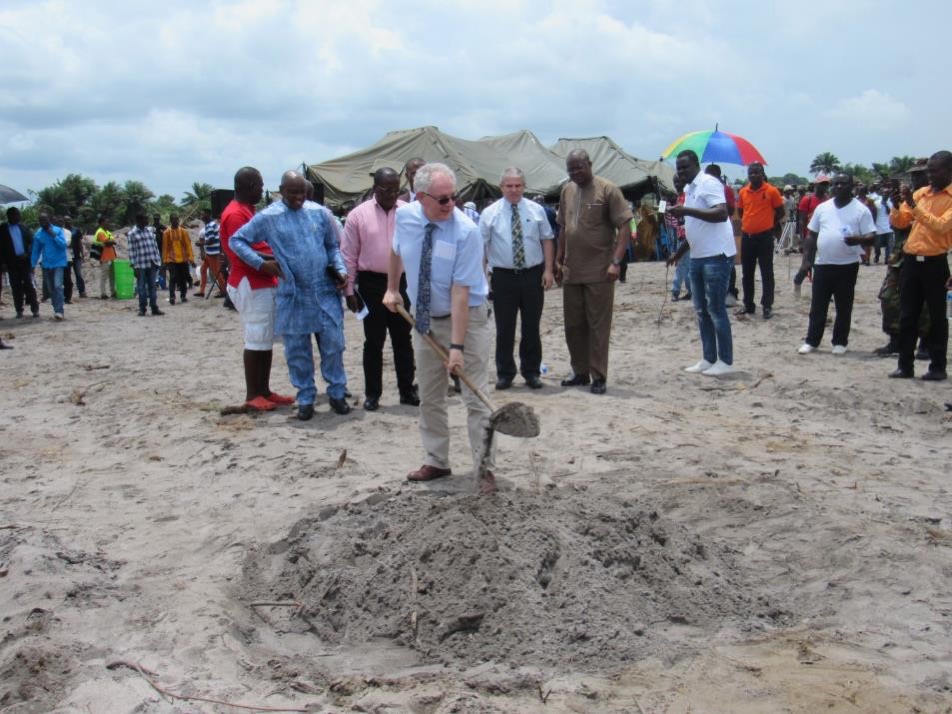 MONROVIA, Montserrado â€“ On Wednesday, May 1, the Liberia Electricity Corporation broke grounds in Schiefflin, Margibi for a US$31.8 million project to electrify communities along the Monrovia to Roberts International Airport corridor.

The project, titled Liberia Energy Efficiency and Access Project, is intended to expand electricity to 14,000 new customers and will see the construction of transmission lines from Paynesville to RIA.

Funded by the African Development Bank, the project is expected to be completed in December 2020 and will also see the construction of two new substations in Schiefflin and Harbel in Margibi, as well as the construction of medium and low voltage networks in communities along the RIA corridor.

Orison Amu, the AfDB country manager to Liberia, called on the contractors of the project to commence the project quickly to meet it 2020 deadline. He also cautioned the citizenry to help take good care of the project because according to they are the direct beneficiaries.

He added that the bankâ€™s biggest project will be in the southeastern region, of which the Liberian government is also a financier. 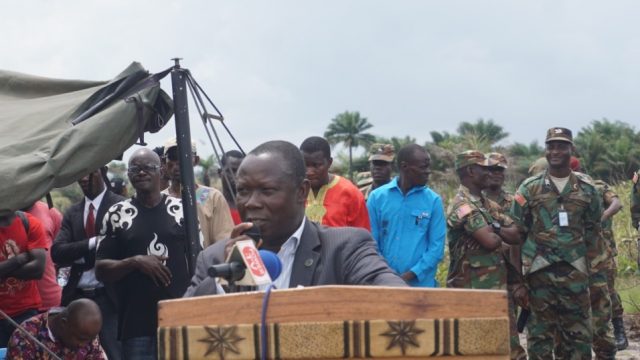 In brief remarks, LECâ€™s chief executive officer Paschal Buckley warned that power theft could make LEC dysfunctional during the dry season, which was already happening in areas currently connected to the power grid. He said a steady supply of electricity brings happiness, prosperity, good education, and healthcare. However, Buckley called on citizens to avoid paying money to LEC employees for illegal connections.

He stressed that power theft is a serious economic crime to the entity, describing it as â€œeconomic sabotage.â€ 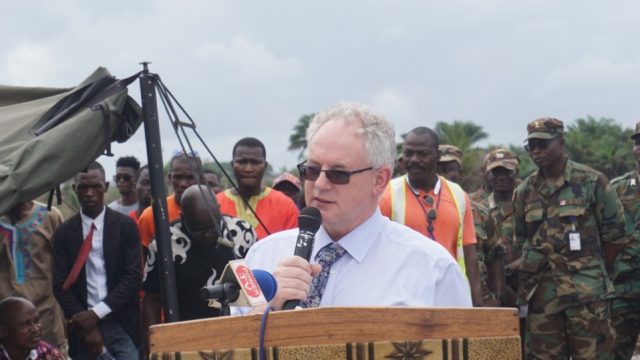 In 2018, John Ashley, LECâ€™s former chief executive officer, disclosed that the corporation was losing US$35 million annually to power theft.

On Tuesday, April 30, 2019, Weah submitted a bill to amend the penal code to add a new section, 15.88, labeling power theft a crime that sabotages the countryâ€™s development.

Also speaking at the ceremony was Theodorus Kaspes, who represented the European Union delegation to Liberia. He clarified that the E.U. had not contributed to the US$31.8 million for the project, but the E.U. and its member countries have been major donors to Liberiaâ€™s effort to ensure its citizens have a steady supply of electricity.

Kaspes drew attention to a new program the E.U. and the government were working on in the southeastern region of the country to connect communities to electricity.