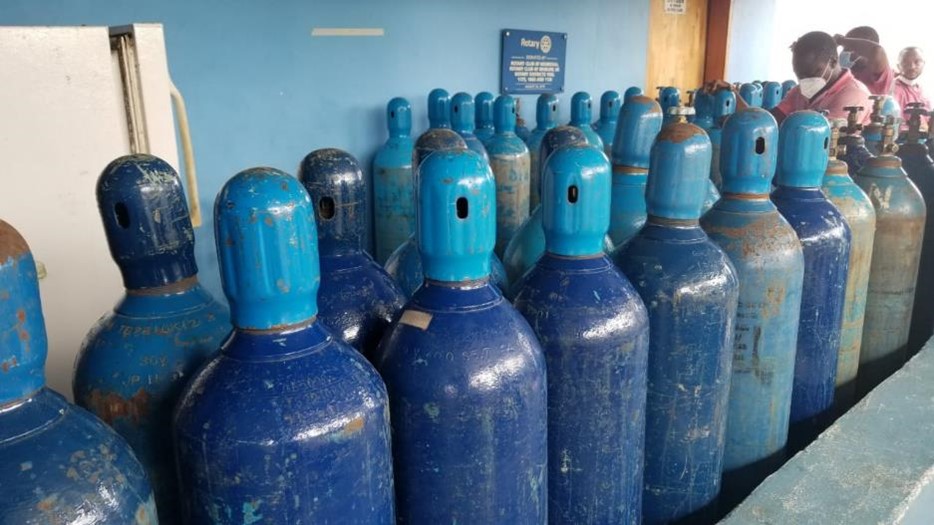 PAYNESVILLE, Montserrado – As the COVID-19 pandemic has led to a shortage of oxygen at health facilities across the Monrovia region, Montserrado’s Sen. Darius Dillon has donated 90 cylinders to the ELWA Hospital.

One of the signs of a severe case of COVID-19 is difficult breathing. Because health facilities are overwhelmed by the demand for oxygen, some facilities have turned away patients having difficulty breathing.

The senator’s political officer, Abel Plackie, told reporters during the presentation of the oxygen cylinders on June 24 that the donation was Dillon’s recognition of the ELWA Hospital’s needs for oxygen. He did not provide an estimate of the cost of the donation.

James Garway, the hospital’s administrator and acting chief executive officer, explained that the facility provides quality health to the public. However, he noted that this third wave of the pandemic in Liberia had challenged ELWA’s ability to treat patients with breathing difficulties because “the hospital’s supplier of oxygen is no longer producing.”

Garway acknowledged that several patients had been turned away from the hospital, and many others had been transferred to other facilities due to the lack of oxygen.

The hospital administrator said his team had reached an agreement with the Montserrado senator to assist with oxygen. Garway applauded Dillon for the gesture.

Meanwhile, Health Minister Wilhelmina Jallah recently told journalists that the government had been receiving donations of oxygen to increase its supplies.

“Additional oxygen [cylinders] are expected in the country soon,” she said. “We are improving daily to have enough oxygen.”

Featured photo courtesy of the Office of Sen. Darius Dillon