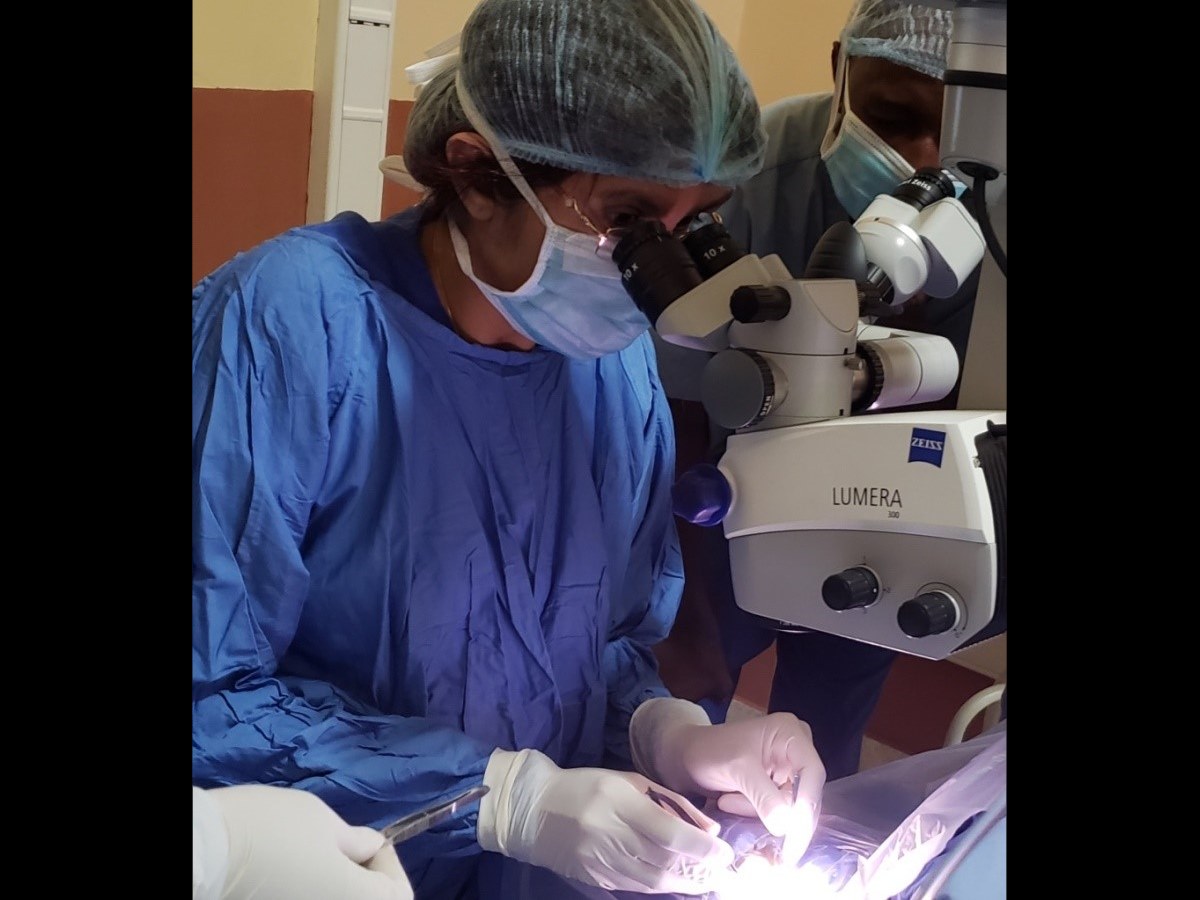 MONROVIA, Montserrado – Since the Liberia Eye Medical Center was established in 2017 at the John F. Kennedy Medical Center, at least ten specialists have performed a range of eye surgeries at the center.

Former president Ellen Johnson Sirleaf dedicated the Liberia Eye Medical Center in July 2017, and the eye center has since been working to ensure it can train enough Liberians to independently run the facility.

For now, the L.V. Prasad Eye Institute in India collaborates with JFK to operate the eye center, sending its doctors one week of every month to see patients and perform surgeries if possible.

Dr. Merie Fernandes is one of such consultants who traveled to Liberia to help restore the eyesight of Liberians. On Thursday, October 11, she told The Bush Chicken she had performed four cornea transplant surgeries that day. She added that the next doctor to visit the center from India already had six to seven transplant surgeries scheduled.

â€œOur visit to Liberia is also in line to help train resident doctors, generally look at the systems and processes, and improve things at the eye care center,â€ she said.

The corneaÂ is theÂ eyeâ€™sÂ outermost layer. It is the clear, dome-shaped surface that covers the front of theÂ eye and plays an important role in focusing an individualâ€™s vision.

During the examining process of 15 persons with eye problems, Fernandes explained that she realized that the patients had infections during their childhood, which resulted in corneal scars.

â€œMajority of the patients examined will have to undergo cornea transplant,â€ she said.

Fernandes called the surgeries â€œvery difficult and quite challenging.â€

â€œIt is important for patients to visit the eye center regularly for medication so that the graft on the eye is maintained,â€ she added. Besides the limited capability of the local staff, the eye centerâ€™s work is currently restricted because the tissues for the transplant are being procured from CorneaGen, a U.S.-based eye bank that calls itself â€œthe largest provider of corneal tissue for transplant in the world.â€

There is no eye bank in Liberia, although the Prasad Eye Institute plans to help JFK establish a cornea eye bank for tissues donated by people to be processed six hours after death.

However, Fernandes said before that can happen, â€œLegislation has to be set in place authorizing the harvest of corneas from individuals who choose to donate them.â€

She emphasized that if the infrastructure is in place, it is not a big problem to get the process started.

In a few years from now, doctors from India will no longer be visiting the center and the plan is to ensure that the eye center can run on its own. A previous Bush Chicken article noted that seven medical students had left for India in March 2018 for training.

Fernandes hopes more people can learn about the eye center, even those outside of Monrovia.

â€œSomeone who cannot see or work will have a negative impact on the countryâ€™s economy, but someone who can see and work becomes productive,â€ she said.