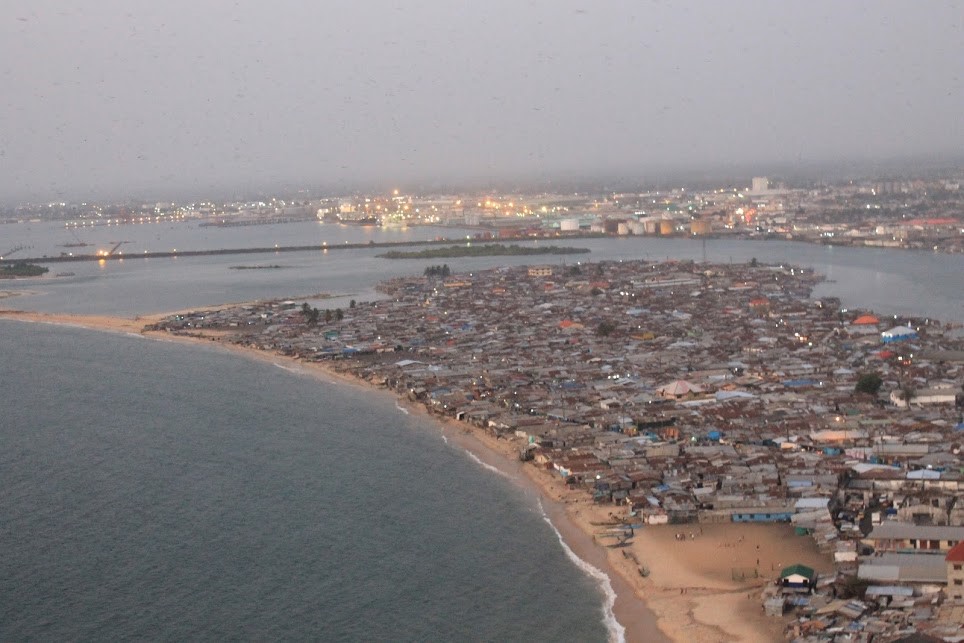 By 6:30 a.m., the roosters in the yard join together to practice their competitive crowing. I can only assume the category for which they are entering the contest is stamina.

So far Iâ€™m approximating their length of time for continuous crowing each morning at roughly 90 minutes, but if they continue their endurance training Iâ€™m sure they can reach two hours straight with no problem. I digress.

Up and ready to go by 9 a.m., my friend asks me to take a taxi to ELWA junction then transfer into another cab to meet him at the Ministry of Healthâ€™s Ebola Task Force office.

Prior to leaving the house, I call my friend to get his opinion on whether what I plan to wear is appropriate to enter a government building. I ask this because my mother specifically instructs me to take business attire and at least one skirt to comply with the dress code enforced at many government facilities. My friend says â€œDonâ€™t worry about it, youâ€™ll be fineâ€ – famous last words.

Once I arrive at the Ebola Task Force center for the second time this week, I learn that my friend is actually located in the building across the street at the Ministry of Healthâ€™s main building. After completing the compulsory hand rinsing process, I approach the guard to ask him how to get to room 425. He wastes no time telling me that I cannot enter the building with my attire â€“ â€œOf course not,â€ I thought.

My friend comes downstairs and naturally Iâ€™m obligated to tell him this situation is completely his fault. After being allowed to enter the building cafeteria, we grab a bite for lunch chat it up with a World Health Organization doctor who is sitting near us. What he confidentially shares with us is frankly depressing but â€“ â€œThis is Liberia.â€

We leave the Ministry of Health and catch a bus into the city so my friend can pick up his salary from a prior contract he had with the Ministry of Foreign Affairs. Naturally, Iâ€™m denied entry at this facility also, so I wait at the entry for my friend to handle his affairs.

After a short wait, he reappears with another man who is introduced to me as Sieh, but for some reason despite that being the middle name of my nephew, I continue to call the man Sam for the duration of my stay in Liberia.

Sam works in finance for the government and is also from the Maryland area; he says he may be interested in going to Harper with us if we still plan to make the trip. After making a quick pit stop at LU (University of Liberia), we head towards Central Monrovia where the turn up is definitely in full effect once again.

Street vendors, gronah boys, police, small business owners, mothers, school children, NGOâ€™s and everyone else you can and canâ€™t imagine all crammed into a small 20 square block radius trying to manage the day the best way they can.

After a pit stop at the National Museum of Liberia â€“ which has to be one of the saddest museum in the history of museums, we head across the street to the ERA deli/sandwich shop (great sandwich btw) to grab a bite and take a respite from the heat.

About an hour later, my friendâ€™s cousin calls us to tell us to meet him at Ducor, or maybe my friend suggested it to him. Not sure, but either way I was not quite clear on exactly what â€œDucorâ€ they were referring to. Assuming they meant a restaurant or a bar I followed my friend and we walked up a steep hill towards the â€œDucor.â€

As weâ€™re walking up the impossibly steep hill (or maybe itâ€™s not that steep, and Iâ€™m just tired) towards Ducor, I am reminded of a conversation I was privy to while getting my hair braided. My braider was talking to one of her coworkers about the rise of dangerous activity sheâ€™s been hearing about in Ducor.

Apparently, the gronah boys (gangs/street youth) have been robbing people regularly in the area, setting up makeshift roadblocks and forcing people out of their cars and robbing them or just taking the cars altogether.

One time, my braider said, they set up road block to the end of the road then these men in all black appeared from out of nowhere. She continued, my boyfriend knew they were hit men and he threw the car in reverse too quickly for them to be able to react and catch him. â€œMaybe sheâ€™s embellishing,â€ I think to myself as I wince during the braiding process.

Only halfway up the unrelenting incline, I spot a group of young children playing together on some rocks along the edge of the road. These rocks are pretty jagged, and the decline to the community below the rocks is steepâ€¦.how in the world did they get up here?

I wave to the children as I pass by, they wave and yell to me â€œHello Aunty, make our picture; you mâ€™uh make our picture!â€ I tell them to get close together and take a few pictures for which they pose professionally with little direction at all, lol. After I show them the photo on my camera, and they squeal with joy, â€œLook ah me, I there, I see myself there!â€

I continue up the hill and to the right is a large bronze (perhaps) statue of a man a top another hill with about 4,783 more stone stepsâ€¦.my legs are going to be super toned when I get back to the states, I think, as I start ascending the steps.Â  Donâ€™t look back, in fact, donâ€™t look upâ€¦. just keep your eyes focused on the steps.

At the top of the incline, I focus the camera and take a photo of the 50 feet statue of Joseph Jenkins Roberts, the first and seventh president of Liberia. To the side of the statue, I spot my friendâ€™s cousin, so I smile broadly, happy to see a familiar smiling(ish) face.

I ask my friend how close we are to the spot weâ€™re going to and he says it’s right here. I lookedÂ behind him, and the only thing I see is an abandoned decrepit shell of a high-rise structureâ€¦..all this time he meant the old Ducor Hotel?

â€œWhat are we doing here?â€ I think to myself.

Once a shining jewel in Liberiaâ€™s crown, the remnants of this once majestic hotel stand as a painful reminder of Liberiaâ€™s past and unrealized promise.Â  Learning very quickly the importance of adaptation, I just exhale and follow them towards the entrance. We approach the structure, and there are a group of about six men sitting and standing at the entry area of the hotel.Â  My friend stops walking as one of the seated men rises and starts to approach us.

My friend turns to me and says its US$5 to enter. I ask him for what?

I ask, â€œFor an abandoned buildingâ€?

The man says, â€œEntry fee, this is private property.â€

I tell my friend itâ€™s not his private property and I have no intention on being intimidated out of US$5 to enter an abandoned building, Iâ€™ll be at the car. I leave annoyed and go back to the car. The white couple behind us attempt to negotiate their entry but ultimately yield to the demands of the bootleg building security and pay the US$5 each. Five minutes later my friend and his cousin come back to the car and tell me they have agreed to let the three of us enter for US$5.

Still indignant, I tell them this better be worth it, and we head back to the extortionist to pay the â€œfee.â€ Â I get it right; everyone has to have a hustle in a struggling economy, understood. But offer a service for the â€œfeeâ€ at least, hell, give me a bootleg tour guide I wonâ€™t know if youâ€™re even telling the truth. But the intimidation approach just left a bad taste in my mouth.

After climbing, you guessed itâ€¦ more stepsâ€¦ Nine flights to be exact, we reach the top floor of the hotel.

â€œOK, I get it now,â€ I say when we cautiously walk to the edge of the open air side of the building.

Uninterrupted panoramic views of Central Monrovia, West Point, Waterside, and the Atlantic Ocean. Seeing the city from this angle, Iâ€™m reminded of the many Caribbean beach cities I have visited and even more encouraged that Liberia will one day also redevelop into a beacon of beauty for Africa.

We take lots of pictures and video, then head back down the nine flights of stairs. The sun is setting, and the building is losing natural light quickly. With no handrails to go down the marble stair remains, we must move carefully and use the torch light on our phones to provide additional visibility.

The bats over Monrovia are out full force now as the sun has nearly completely gone down. We finally reach the main level and itâ€™s pitch black. Our extortionists graciously provide flashlight beams to direct us to the exit â€“ I take it they have earned their US$5 huhâ€¦ whatever.

Last stop is the Golden Key Hotel for my friend to pick up the money heâ€™s owed for some web design then we come back to my host house to conduct our weekly team meeting. Not sure Iâ€™ll be able to even complete the two weeks I had hoped to stay at this home, the lack of A/C and electricity during the day as well as the distance to transportation are starting to take their toll on me.

Daily Thought: I get it â€“ Everyone has a hustle here. Think long term, and turn your hustle into a business by adding a value proposition. No one wants to live hand to mouth forever.

Sharing
Tags Ducor Hotel, Golden Key Hotel, Liberian with an Asterisk
Contributions to The Bush Chicken are not tax deductible.