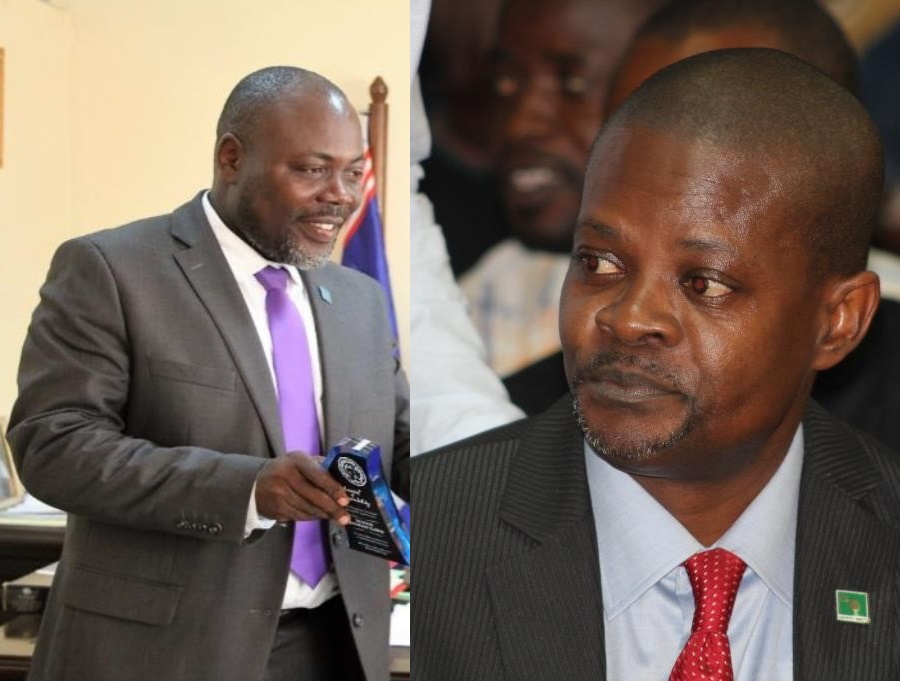 BUCHANAN, Grand Bassa – After being blasted by Montserrado’s Sen. Darius Dillon for signing a recently passed recast budget, Grand Bassa’s Sen. Jonathan Kaipay has responded to the Liberty Party senator and explained his reason for his vote.

During a radio talk show hosted by Buchanan’s Magic FM, Dillon had criticized his fellow Liberty Party member for signing a recast budget that went contrary to the party’s mandate. By doing so, Dillon said Kaipay did not mean well for Liberia.

He also noted that Sen. Stephen Zargo, the chairman of Liberty Party did not sign the recast budget.

He continued: “In fact, Liberty Party had a position that we will not pass the budget if it is not scrutinized. We concluded with our political leader, Sen. Lawrence. The chairman was involved. We briefed Sen. Kaipay and he was in the know that that was Liberty Party’s position, but unfortunately, Senator Jonathan Kaipay signed.”

A few senators who supported signing the recast budget, such as Sen. Saah Joseph, had defended the action as being necessary in order to ensure that COVID-19 relief promised to the public could be speedily delivered. Dillon said the recast budget was more than just about distributing free supplies to the public.

He explained his reasoning: “The thing is, the ordinary person hears about free rice – they will say, y’all sign the budget so we can get our free rice. It is easy to sign a budget without looking at it because somebody will get one bag of rice free and maybe one gallon of oil free. But if we don’t do the right thing while somebody is taking one bag of rice free, another person will be walking home with US$2-3 million to their home out of loophole we did not close.”

The Senate’s failure to scrutinize the budget could lead to the same problems that occurred with the controversial US$25 million mop-up exercise that “went in breeze,” Dillon noted. He emphasized the need for the Senate to operate with transparency, accountability, and openness to the Liberian people.

“I am disappointed in Senator Jonathan Kaipay, my colleague, my fellow executive committee member of Liberty party,” he said. “He cannot keep doing this to the party and the people.”

Dillon referenced Kaipay’s decision to vote to impeach former Supreme Court justice Kabineh Ja’neh in a move that has been widely criticized by civil society groups, including the Liberia National Bar Association, as a violation of the constitution. At the time, Kaipay’s vote resulted in Liberty Party suspending him.

“In the spirit of reconciliation, we lifted his suspension a few months ago,” Dillon noted. “He’s gone against party interest and party mandate again. This is very disappointing and sad.”

He called for Kaipay to be punished for deviating from the party line.

In response to Dillon’s statement, Kaipay said Liberty Party lacks leadership and is being run by cliques that are meant to tear down others.

He issued a sharp rebuke to Dillon and Karnga-Lawrence: “While they are committed to killing the party they pretend to love by breeding disunity, conflict, and marginalization, the self-proclaimed god Abe Darius Dillon and goddess Nyonblee Karnga-Lawrence of the Liberty Party should know that Sen. Jonathan Lambort Kaipay took an oath to serve the Liberian people’s interest and that will be done with [an] independent mind and sound judgment.”

He said he would vote in the interest of the people, and not “based upon building a platform to pave way for someone’s reelection.”

Kaipay said the COVID-19 pandemic had already had an adverse impact on “poor and vulnerable” Liberians and he would not be held hostage to “one or two individuals who believe their individual opinions should constitute the official position of the Liberty Party.”

He said the two senators need to understand that their individual arguments are not automatically the decision of the party. He demanded that Dillon apologize “for being emotional and irresponsible with his words.”

“Sen. Dillon must also refrain from drawing false attention to himself and do the work of the Liberian people with sincerity, truth, and seriousness,” Kaipay added.

Sen. Kaipay said he had signed the recast budget to feed the poor, whereas Dillon’s plan was to “prevent [the] government from living up to its promise so the Liberian people can keep going hungry.”

He continued: “That’s not politics, Senators Dillon and Karnga-Lawrence. That’s evil. That’s wickedness and oppression of the poor. And such evil is not and cannot be the position of the Liberty Party that Cllr. Charles Brumskine built and died serving. Senator Jonathan Kaipay will not support such evil against the already hungry Liberian people.”

Despite the harsh words against each other, the rift between the two senators has apparently been settled, as Sen. Dillon has apologized to Kaipay for publicly lambasting him.