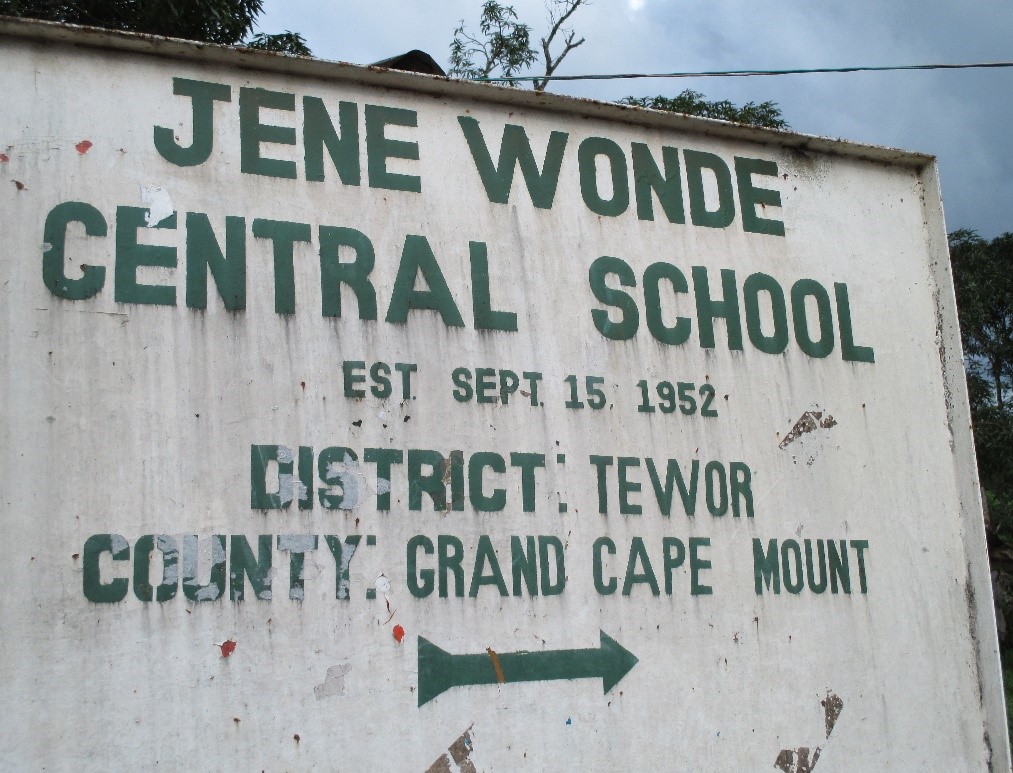 JENE WONDE, Grand Cape Mount â€”Â While significant steps have been made in the fight against Ebola, Jene Wonde, a town in Grand Cape Mount County which was the epicenter of the outbreak in November last year, is still working to return to normalcy.

Among the major issues at stake are the need for economic empowerment, memorialization of victims, restoration and strengthening of basic social services and the building of a resilient health system.

Included in the restoration of social services is the need to accommodateÂ children orphaned by the epidemic.

Mariama Sambolah, a 15-year-old who lost both her parents during the outbreak last October, expressed her regret over the situation.

â€œI curse the day Ebola came in this town,” she said. “I wish it hadnâ€™t come so that I can be with my parents forever.”

At the time of the interview, Ebola had not yet resurfaced in Liberia.

Mariama said life after Ebola has been a challenge. â€œI live with my aunt, but I still miss my parents because Iâ€™m not getting the needed care.â€

A seventh-grade student at the Jene Wonde Central High School, Mariama complained of the lack of motivation and attention from her aunt. She said she was struggling with her lessons due to worries, in addition to the memories of her late parents.

Mariama believes the issue of stigma and discrimination against orphans must end. â€œEvery time I go around my friends, they can be pointing fingers at me and saying all kinds of things like,Â ‘Orphan, your ma die, go on thatÂ side,’â€ she said.

She said life for orphans is difficult due to the lack of support from family, community members and policy makers to ensure their welfare.

â€œFor me, I will continue to miss my parents because when I think about the way they died right in front me, I can feel sorrowful,” she said.

Mariama’s father contracted Ebola from his friend in the same area. Her mother caught the virus while providing care to him.

She has appealed for support from local and international groups to help orphans in remote parts of Grand Cape Mount. â€œWe really need help right now, because we want to go to school, have good shelter, and eat on time for the future,â€ she said.

Momodu Kparka, an 18-year-old, sat with tears setting in his eyes while being interviewed about life after Ebola. â€œI feel happy, but sad. [Happy] because Ebola is gone and [sad because] my parents are not with me anymore.â€

Kparka, a 9th-grade student also at Jene Wonde Central HighÂ School, complained of a harsh life after Ebola which forced him to resort to hard labor to survive.

“Right now I donâ€™t have anything to eat,” he said. “I have to help people brush their farms and tote wood for survival.â€

â€œFor me I need help, really,” Kparka said. “I have five brothers and sisters with no parents, only guardians. Let someone come to our aid.”

The town chief of Jene Wonde has meanwhile complained of difficulties in getting food as a result of Ebola.

â€œWe donâ€™t have anything in this town to rely on for food…â€ Jebbeh SannohÂ said. “All we had was burnt down and all our farms and seeds [were] taken away due to the effect of Ebola in this particular town.”

She explained that citizens’ skepticism of the dangers of the virus led the virus to spread and kill many in Jene Wonde. â€œWhen the virus came here, most of us didnâ€™t believe that it was Ebola.” She said residents doubted the gravity of the virus because its symptoms were associated with familiar illnesses.

â€œNow that the country is free, we are not totally happy because the town is dry â€”Â no food, no job. Young people are sitting all around the town doing nothing â€”Â as a result, we are kindly asking the government to intervene,â€ Sannoh said.

She said besides the increase in the number of orphans as a result of Ebola, some survivors in Jene WondeÂ suffered from health complications.

She said she had not heard about the resources being provided by the government to help with recovery from Ebola.

Among these efforts was a recent disbursement of funds to orphans in some parts of Bomi and Montserrado counties by the Ministry of Gender. Those funds have yet to reachÂ Jene Wonde and other Ebola-affected communities.

The town chief also seemed unaware of the Partnership for Research on Ebola Vaccine in Liberia study. The program is a research effort jointly conducted by the US and the Liberian governments to study the effects of the virus on survivors.Â The study targets 2,500 Ebola survivors in Liberia for five years.

“I havenâ€™t heard of such thing before. Did the government say we know about it?” she said. “If there is such thing for survivors and orphans, we will be happy to partake in it because we need help.”

Sharing
Tags Ebola, Ministry of Gender Children and Social Protection, PREVAIL
Contributions to The Bush Chicken are not tax deductible.