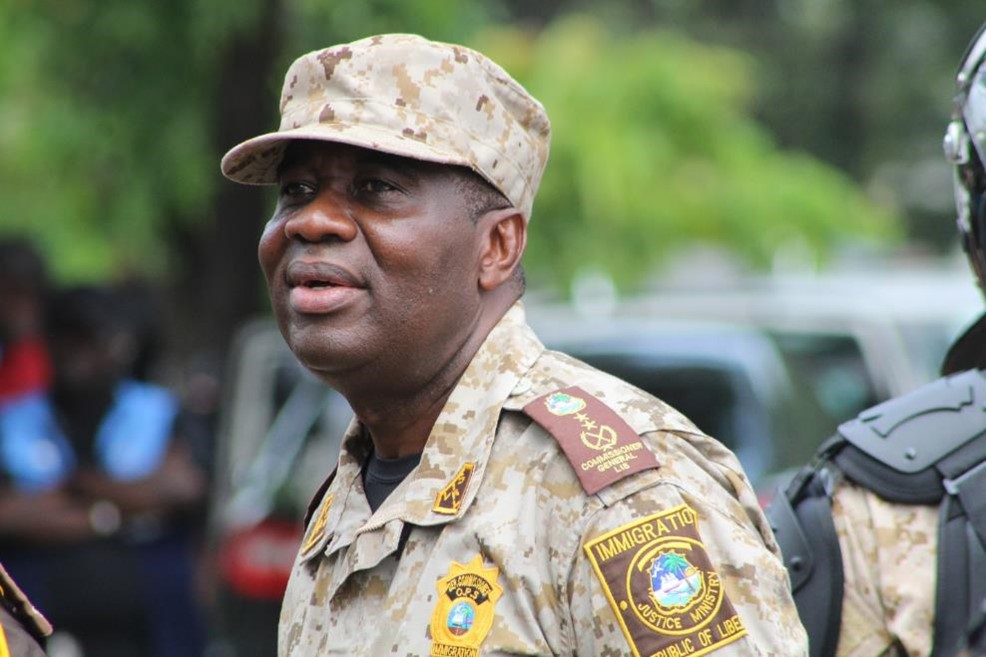 MONROVIA, Montserrado – With no new Ebola case discovered in Guinea for over two weeks now, the commissioner-general of the Liberia Immigration Service says his agency is continuing to restrict human traffic along the border with Guinea.

A March 16 press briefing by Africa CDC noted that no new confirmed Ebola cases or deaths had been reported since March 4. A total of 18 cases (14 confirmed and 4 probable) have been reported, including 9 deaths. Only one of those cases was detected outside N’zerekore, where the first case was announced on Feb 14.

Since then, Liberian health authorities have not announced any confirmed cases in the country.

At a recent Information Ministry press conference, Commissioner General Robert Budy emphasized the security measures in place: “The LIS has restricted the movement of human traffic along all entries with Guinea and will only reopen them after hearing from the Health Ministry.”

Budy said his agency was only allowing travel for trade and commerce, although “cargos will be screened before being allowed entry.”

He explained that there were exceptions to the rule that would allow diplomats to travel if advance notice is provided.

Budy, however, clarified that these restrictions would only apply to the 46 border points protected by LIS. Over 100 others along the border with Guinea, Sierra Leone, and Cote d’Ivoire were unprotected.

However, despite Budy’s assurances that LIS was restricting most human traffic, several observers in Ganta, Nimba and Yeala in Lofa disputed the commissioner general’s claims. In fact, they noted that individuals, vehicles, and motorcycles were traveling between the two countries daily unhindered.

However, they did note that all individuals leaving from and coming into the country were going through health protocols put in place by the government.

On a related note, three independent research groups have concluded that the current outbreak is very likely related to the 2014-2016 epidemic. Researchers say the outbreak was caused by the Makona strain of a species called ‘Zaire ebolavirus,’ just like the past epidemic. They have theorized that because genetic analysis shows that the current outbreak is unlikely to have been contracted from a wild animal, the outbreak may have been triggered by human-to-human transmission, likely via semen.