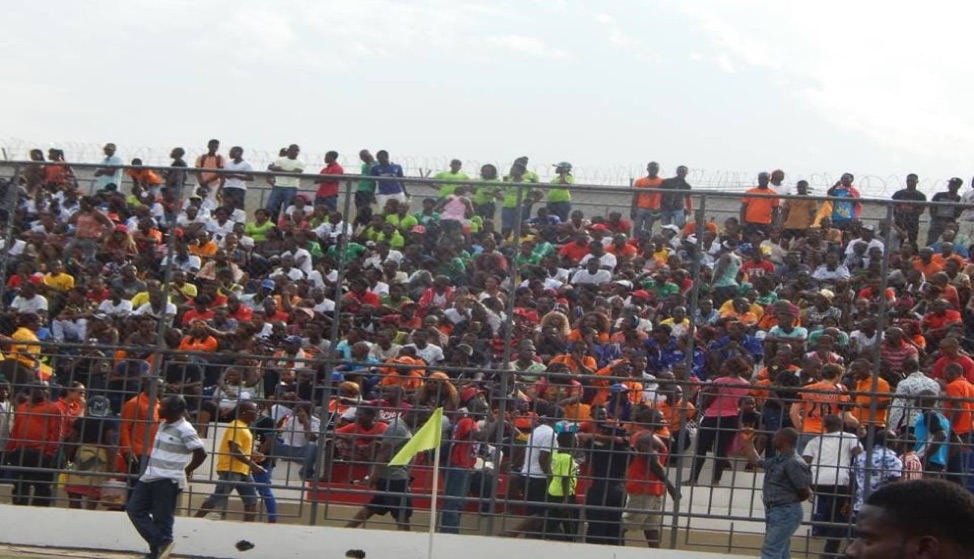 BUCHANAN, Grand Bassa – The 2019/20 National County Sports Meet tournament officially kicked off over the weekend in Buchanan, Grand Bassa with 14 matches being played in both football and kickball categories.

Beginning at four venues across the country, the National County Sports Meet is Liberia’s most exciting and most-watched domestic sports competition. In this year’s tournament, matches start in Group A, where Grand Bassa is the host. The tournament began with a well-attended parade starting at the Fairground and moving to the Doris Williams Stadium in Buchanan, where Group A games will be played.

The host, Grand Bassa, began the competition with a win in kickball, grabbing an 8-5 victory over River Cess. Before its first football encounter on Saturday, January 4, the team’s football squad paid homage to a fallen defender, Augustine Demmerson, who died from a brief illness only three days before the start of the first games.

Unlike its female kickball team, Grand Bassa’s football team was held to a goalless draw by the River Cess squad.

Margibi’s kickball team also began with a win in its first Group A match, clinching an 8-2 victory over Sinoe. But the county’s football team failed to replicate this win, losing to Sinoe 2-1 in a match that puts Sinoe on top of Group A with three points.

The shock of the first-round games occurred in Group B, where host Lofa scored a 1-0 victory over the giants of Nimba, a county that has won the most football championships and one of the favorites heading into the tournament. But Nimba’s kickball team came out victorious in a narrow 3-2 win over Lofa.

Results from the first round of games in both the football and kickball categories in Group C also saw losses for the host, Maryland. Maryland failed to win in any of the two categories. After a humiliating 11-6 loss to Grand Kru in kickball, the Maryland football squad was also forced into a goalless draw before a disappointed home crowd.

For its part, the Grand Gedeh kickball squad lost 6-5 to River Gee, but its football team got revenge in Group C’s last game of the round. Striker Dembo Nah scored the lone goal in a 1-0 win to put Grand Gedeh at the top of the group table.

As host of Group D, Grand Cape Mount’s football squad also failed to secure a win in its opening match. It was held to a goalless draw by the defending football champions, Bomi.

Meanwhile, Montserrado’s decline in football continues unabated, with the two-time champions bowing in a 2-0 defeat to Gbarpolu. Montserrado’s kickball squad, however, secured a 7-2 win over Gbarpolu, while Bomi’s kickball clenched a 1-0 victory over Grand Cape Mount.

The tournament continues on Wednesday, January 8 with 14 second-round matches being played across the country, according to the match mixtures released by the Ministry of Youth and Sports.

In Group A, a win for Lofa will seal its place in the quarterfinals against Bong, which will play its first game in Group B. A win for Grand Gedeh will also hand it the maximum six points in Group C when it plays against Grand Kru.

In Group C, a defeat for Montserrado will put an end to its quarterfinal ambitions.