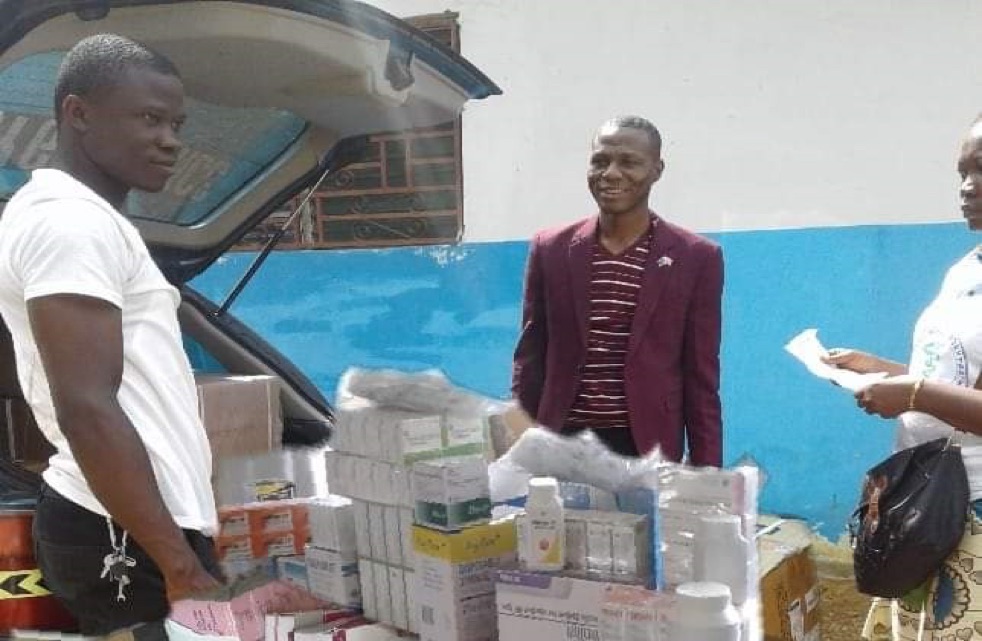 Jones said the heads of the four facilities had notified his office of the drug shortage, asking for his intervention.

â€œAs part of our efforts in alleviating the shortage of drugs in Liberia as being aired on almostÂ all of the radio stations across the country, we have come to identify with these facilities in our district,â€ Jones said during the presentation.

He called the US$2,000 donation a small contribution in handling some of the growing needs of patients seeking treatment. Jones also called on other citizens and local and international partners to help rescue the public health facilities.

The lawmaker also disclosed that he and Grand Bassaâ€™s third district representative, Matthew Joe, had written separate communications asking the speaker of the House of Representatives, Rep. Bhofal Chambers, to cite the minister of health, Dr. Wilhelmina Jallah, and her deputies to explain the cause of the reported drug shortages at various public health facilities.

In their communications, both lawmakers stressed the need for a quick solution, noting that the situation was posing a major health challenge to the Liberian people.

At the C.H. Rennie Hospital, which is the only public referral hospital in the county, Jones said he also made a donation of 122 gallons of fuel, valued at US$450, although the hospital is not located within his district.

The hospital had announced that it is short on drugs for patients and fuel for the generator providing electricity.

â€œAs representative of the people, we will not rest in ensuring that your rights are protected at all times. Those responsible to regulate these facilities must account for the form and manner in which they are run,â€ he added.

Receiving the donation on behalf of the Dolo Town Health Center, the officer-in-charge, McFarland Kerkula, praised the lawmaker for the intervention. Kerkula said the drugs would be used to treat residents of the district at no cost.

â€œThis is not strange to us. On several occasions, the lawmaker has given this facility support of drugs and other medical equipment,â€ he said.

The Dolo Town Health Center is the largest of the four public health facilities within Jonesâ€™ district. It provides health services to several residents of the district, especially those from Dolo Town, which was one of the hardest hit communities during the Ebola epidemic in 2014.

â€œWe are finding it difficult to work at night due to lack of electricity. We need a solution to such aÂ problem in the soonest possible time,â€ Harmon added.

Despite Jonesâ€™ personal interventions, the problems of drug shortage and lack of petroleum to generate electricity at the public health facilities is still far from being over as administrators are still calling on radio stations calling for citizensâ€™ support.