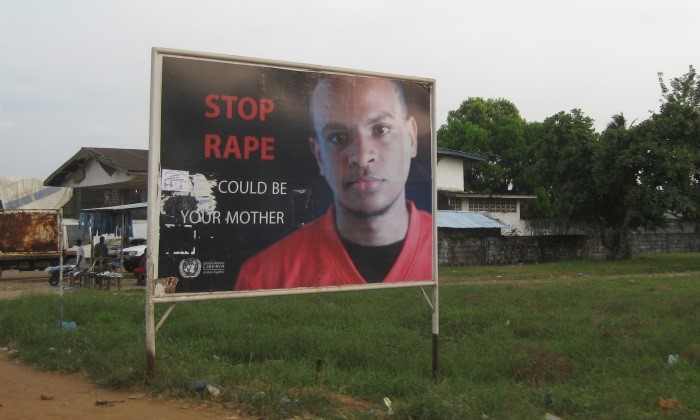 HOFFMAN STATION, Maryland – Police in Harper have arrested a 44-year-old man for attempting to rape a two-year-old minor in Hoffman Station Township.

The victim’s mother told reporters that during the early morning hours of March 17, she returned to her living room after doing some yard work to see her toddler sitting on Monday Dennis’ lap half-naked. She said Dennis had opened his trousers and had his erect penis out.

“Soon [as] I saw him, I ran and took my daughter from him and asked him what he was doing,” the mother explained. “His reply was ‘nothing,’ but since his penis was standing and my daughter was half-naked, I decided to call the community people.”

Despite Dennis begging her to avoid involving community members in the case, the mother said she wanted to ensure that her daughter received justice. She added that the local Community Watch Forum, a community-based auxiliary group that aids the police in remote parts of the country, intervened and contacted the Liberia National Police.

Sunday Morais, head of Hoffman Station Community Watch Forum, confirmed the mother’s story to reporters. He explained that when he and other team members arrived on the scene, Dennis’s trousers were still open and his genitals out. Morais said he immediately contacted the police, given the nature of the crime.

“Since we started protecting our community from criminals and drugs through night patrols, there have been many cases arrested by us and turned over to the police for further investigation,” he said. “But this alleged rape case is beyond us. So let the police come in and handle it properly. If he not guilty, he will be set free but if the law says he is wrong, let him serve his punishment.”

Meanwhile, Dennis admitted placing the minor on his lap. However, he denies attempting to rape the girl, as her mother and other community members had claimed.

He has been charged with attempted rape and is being held at the Harper Central Prison, awaiting court trial. Dennis is expected to appear in court this week.

Meanwhile, Lucy Jappay Momo, head of the Maryland County Civil Society Organizations, has condemned the attempted rape on the minor and praised the child’s mother for reporting the case to the relevant authorities. She called for all mothers to support justice for the toddler.

“Today is her, and tomorrow it could be you or your relative. So let’s stand up as women and put stop to this nonsense,” Momo said. She promised to work with other right groups to ensure that the child gets justice.