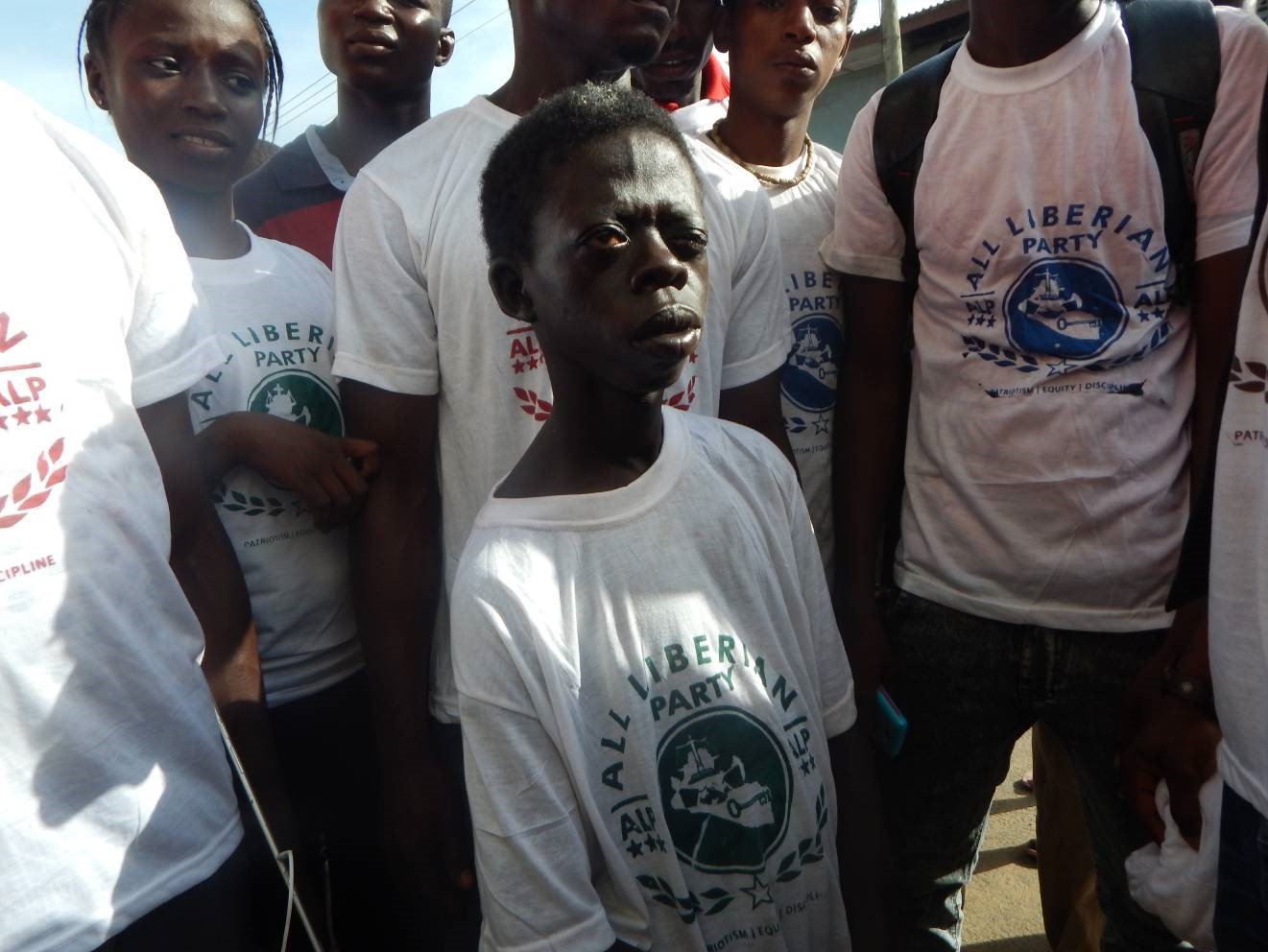 MONROVIA, MontserradoÂ â€“ In what was an otherwise smooth launch of businessman Benoni Urey’s new All Liberian Party, jostling and pushing in the crowd led to several attendees being injured, including the Liberian movie star Samaguan.

The official launch of the ALP was on Nov 4 at the Antoinette Tubman Stadium in a colorful event that brought together several thousand Liberians and was graced by cultural performances.

Samaguan, who had attended to show his support for Urey, told The Bush Chicken that he was pushed around by a huge crowd as they attempted to get a glimpse of him.

â€œI entered the stadium from Lynch Street and tried making my way to where Urey was going to speak to us but was besieged by the huge crowd,â€ Samaguan said.

He realized that he had sustained an injury to his right shoulder when he started feeling pain. Then he was informed about the blood stain on his t-shirt by a friend. Samaguan shows the location of his injury. Photo: Zeze Ballah

â€œSome ALP partisans tried to help me make my way up to the VIP stand where Urey and other officials of the party were seated but I was prevented by security guards of the All Liberian Party,â€ Samaguan asserted.

He said he was disappointed that his injury came at an event where people should be celebrating the birth of a new political party.

The movie star was not the only one injured during the launch. Eric Yansay, a 49-year-old wheelchair-boundÂ man, suffered a similar incident. â€œI was knocked down from the wheelchair by the huge crowd trying to enter the stadium and walked over,â€ he said.

He said the people in the crowd did not take into consideration his condition and continued stepping over him.

â€œMy right leg sustained serious injury and was attended to by the ALP medics,â€ he said.

Yansay said he is a member of the All Liberian Party and believes that Urey will be an effective leader if elected as president in 2017. Samaguan has acted in several Liberian movies including â€˜Samaguan the LoverBoyâ€™ and â€˜Samaguan the Ebola Doctor.â€™ He is relatively popular among Liberians and always pulls crowds whenever he shows up.