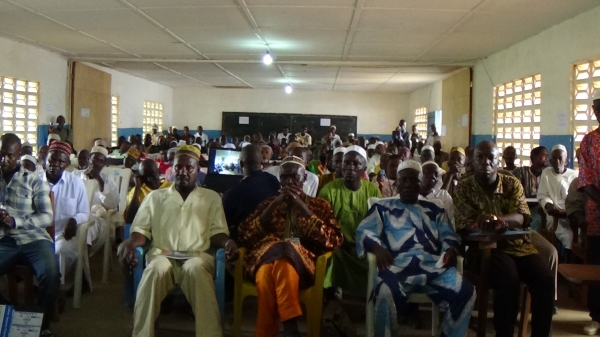 SENJI, Grand Cape Mount â€“ Liberian Muslims have vowed to boycott any referendum seeking to amend the Country 1986 constitution if it includes a measure to make Liberia a Christian state.

In the resolution made at the National Muslim Conference, the group called on the legislative and executive branches of government to uphold the 1986 constitution as the organic law of the Liberia.

The conference was held in Grand Cape Mount County from April 30 – May 2 and came shortly after the National Constitution Review Conference where delegates voted to declare Liberia a Christian nation. The Muslim conference was organized by the Islamic Solidarity for Peace and Democracy. Its goal was for the Muslim community to present a unified voice to the Liberian government on what they consider to be gross discrimination of Muslims by Christians in Liberia.

Delegates from the 15 political sub-divisions of Liberia deliberated on Proposition 24 of the National Constitution Review Conference, which seeks to declare Liberia a Christian nation.

The group wrote in the resolution that they would â€œcategorically reject any attempt that will give rise to a referendum purposed at [advancing] this proposition for amendment into our constitution.â€

The resolution also said that the proposal would institutionalize discrimination and, therefore, could threaten the gains made in sustaining the fragile peace in the country. While criticizing the Christianization proposal, the resolution authorized the leadership of the ISPD to pursue all legal and constitutional means to defeat and expose the illegality and unconstitutionality of the proposal.

The resolution also called on the government and the National Legislature to strive for a more inclusive country. It suggested that the government should include more Islamic institutions, especially schools, in its annual budgetary allocations as it is in the case of Christian institutions in the country. They argue that this will ensure equal distribution of the resources among citizens of the country.