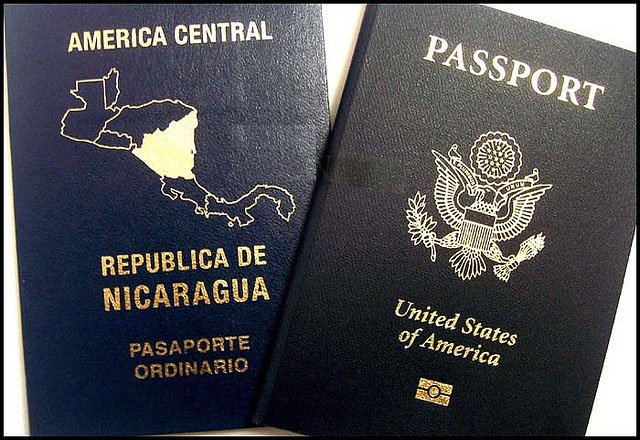 I recently read an opinion piece by Torli Krua in which he called on ‘poor’ Liberians to vote ‘no’ to dual nationality and reduction in term limits on 8 December 2020. His argument is that voting yes will facilitate continued corruption in Liberia. I believe that Pastor Krua had some good arguments, but I believe that they were miscommunicated and disorganized.

I agree that there are other important things to consider in Liberia but I believe that the dual nationality question is an important one which needs to be answered now. I will be simplistic on his argument on term limits rejection because I believe that it will be costly. We cannot afford to have elections every three years as it stands, how could we afford it every two years?

In terms of the prolonged dual nationality debate in Liberia, one of the major mistakes from all sides to the debate is that we bring too much emotion into the debate. Debates on issues of this magnitude must not be had based on emotions, but facts; not out of fear of the other, but from a place of objectivity, or as best as we can get to being objective.

Citizenship is About Belonging

In her article on citizenship and belonging, Kristina Simonsen argues that citizenship is about belonging. If we take that as a premise to start from, we can accept the argument that for many Liberians who fled Liberia as a result of wars, poverty and prosecutions, being accepted in their new host communities meant that they had to take up citizenships of those countries.

Applying for jobs, accessing education, and buying homes, among other social mobility factors, are easier when the color of your passport or the citizenship that you bear resembles that of the place that you live in.

Now, I am not saying that each Liberian with a foreign passport or new nationality did not have a choice. However, for most rational people, the choice was easy: keep your Liberian passport and citizenship and struggle to progress in your host country or take up the citizenship of that country and make your life easier.

If all of us can dig deep and be honest, we would always go with the option of making our lives easier. So, the argument from home-based Liberians – those fearful that diaspora Liberians will come and take their jobs – that Liberians who took up citizenship of other countries abandoned their heritage is baseless to say the least.

Most Liberians who took up other nationality did so to improve their lives and not to abandon Liberia; the millions of U.S. dollars they send home annually confirms that. Talking about millions leads me to the next point that I would like to make in support of dual nationality: focus on the numbers.

Focus on the Numbers

I watched a Netflix documentary recently about Clarence Avant aka the ‘Black Godfather.’ His advice to black people is ‘Life is about one thing: numbers.’ For me, this is the argument that supporters of dual nationality in Liberia have failed to make so far. So let us look at the numbers.

Firstly, according to a 2018 article in the Daily Observer, it costs US$1,000 a year for a resident permit in Liberia. For Liberians who have been stripped off their Liberian citizenship, that is the yearly amount that they have to give to our ‘corrupt’ government as Torli Krua referred to them. That money equates to about ten months’ wages for some employees in Liberia. By voting yes to dual nationality, that money does not go to corrupt official but directly into the pocket of a ‘poor’ Liberian who could be employed by a Liberian small business owner who at the moment has to pay that amount to the corrupt government.

The next point is about the amount of potential small investors that are being scared away from returning home to invest their savings into the Liberian economy. Let me use two famous non-Liberians to make this point: Timothy Weah and Alphonso Davies. Both could be Liberians if we passed a dual nationality law. However, at this moment in time both, as are many other non-famous Liberians, would be wary of investing in a country that they do not feel a sense of belonging to because they are not recognized as citizens.

I speak to many Liberians who share that sentiment, that ‘if Liberia does not want me, why should she want my money?’ Tapping into the potential of small diaspora investors is the reason that both Ghana in 2002 and Sierra Leone in 2006 passed dual nationality laws. Giving diaspora Liberians the security and sense of belonging that comes with citizenship would encourage many to return home and invest.

The final point before I conclude is taking a leaf out of the example of Ghana. In its Citizenship Act 2002, dual Ghanaian nationals had to obtain a dual nationality card for a fee. While that fee is now abolished, according to a Ghanaian friend, it is still a good starting point. Let us look at the numbers. If we say US$300 for a Liberian dual nationality card and renewable every three years. If 10,000 Liberians get a card that is potentially US$3 million every three years that would go into the country. We could go a step further and mandate that the money be divided amongst the districts across the country as a health development fund. The point here is that dual nationality has the potential of raising development income for the people of Liberia.

I believe that dual nationality could be good for Liberia and Liberians if it is done right and for the right reasons. It will restore the sense of belonging to our brothers and sisters in the diaspora who have taken up other citizenships, freeing up their investment potential which could create a lot of small businesses and contribute to the livelihoods of many ordinary Liberians.

Asking Liberians with dual nationality to fund a health development fund by paying a fee could also have direct positive ramifications in the everyday lived experiences of ordinary Liberians. Finally, it could take money out of the hands of corrupt government officials and put it directly into the pockets of ordinary Liberians. So voting yes to dual nationality will not facilitate continued corruption but unify Liberians at home and abroad, provide employment for Liberians at home and potentially reduce corruption in government.