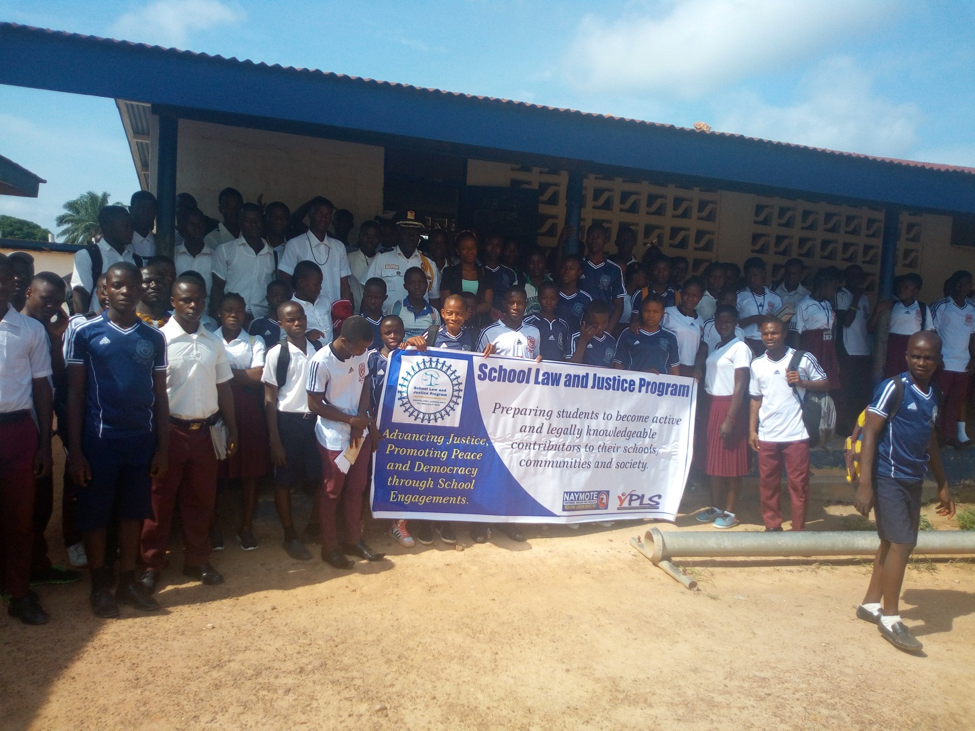 GBARNGA, Bong â€“ The superintendent of police in Bong County, Frederick Nepay, is calling for increased citizensâ€™ collaboration in preventing crimes in the county.

Nepay said crimes are committed by individuals from the various communities in the county; stressing the need for community dwellers to intensify their involvement in helping the relatively small numbers of police officers in the county to prevent crimes.

â€œThe communities we live in have the greatest responsibility to prevent crimes,â€ Nepay said. â€œShare information with leaders of your communities and the police about criminals and their hideouts in your various communities,â€ Nepay continued. He was speaking Friday when he addressed students of the N.V Massaquoi High School in Gbarnga on â€œCrime and its Prevention.â€

The initiative is an effort of Naymote-Partners for Democratic Developmentâ€™s â€œSchool Law and Justice Program.â€

The program, according to Naymoteâ€™s executive director, Eddie Jarwolo, is â€œaimed at preparing students to become active and legally knowledgeable contributors to their schools, communities, and society.â€

Under the program, Naymote is working with the police and legal practitioners, visiting various schools and interacting with students about crimes prevention, due process, and access to justice.

The associate magistrate assigned at the Gbarnga Magisterial Court, Josephine Zogbaye, also addressed the students on â€˜Due Process and Access to Justice.â€™

She said due process is simply hearing a complaint of an accused person in a legal and recognized court, where the accused will have the opportunity to explain his/her side of the complaint before rendering judgment on the said person.

Zogbaye discouraged the students against taking laws into their own hands by beating on accused individuals and other forms of mob violence without due process. She said only the court has legal rights to prescribe punishments for people convicted of crimes and not any other citizen.

The associate magistrate wants students to begin reading the constitution of their country and the Universal Declaration of Human Rights to enhance their legal understanding.

â€œWhen you go home, use your smartphones to read article 20 of the Liberian Constitution. Also, read the Universal Declaration of Human Rights; they will help you to know your rights,â€ Zogbaye said.

A representative of the students, Mercy Gbongokpalah, thanked Naymote, the police and the associate magistrate for the initiate, terming the program as educate. â€œI just want to thank you, people, for talking to us on the issues of crimes and due process. Some of us are in the various communities, and we never knew anything about the topics,â€ Miss Gbongokpalah said.

The principal of the school, Philip Kohoe, also hailed the program, especially selecting his school to form part of the program.

Naymoteâ€™s School Law and Justice Program is being piloted in Bong and Nimba Counties.

Disclaimer: The author of this article is the regional coordinator for NAMOTE in Bong, Lofa and Nimba Counties