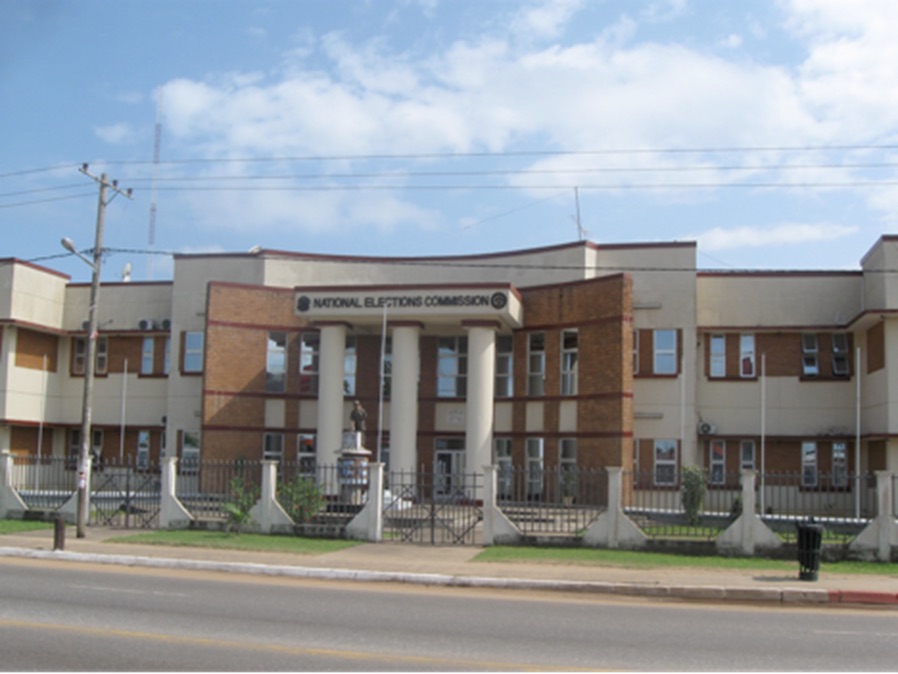 MONROVIA, Montserrado â€“ The National Elections Commissionâ€™s Board of Commissioners has ruled into the appeal filed by the candidate of the Coalition for Democratic Change, Abu Kamara. The board affirmed the previous ruling of the hearing chamber to rerun by-elections in six precincts.

Kamara had hoped his appeal would have overturned the initial ruling. According to a release from NEC, five of the seven commissioners voted to affirm the ruling.

The board ruled on Wednesday, following a hearing into the appeal file by Kamaraâ€™s lawyer after the panelâ€™s decision for the rerun at the six affected precincts, which amounted to the 20 of the 94 polling centers in the district.

NECâ€™s Chairman Jerome Korkoya dissented with the decision of his colleagues and did not sign onto the ruling.

â€œHis co-chair, Cllr. Sarah Toe, was the only absentee. The rest signed the ruling,â€ the release noted.

Kunkunyon Wleh, who received the ruling on behalf of the respondent, took exception and announced a decision to appeal to the Supreme Court during its October sitting.

On August 14, the head of NECâ€™s hearing office, Mouna Ville, ruled for a rerun of the by-election held on July 29 in the select precincts. The ruling came after a weeklong hearing that produced a total of 19 witnesses.

However, the ruling partyâ€™s candidate challenged the ruling and filed an appeal to the commissioners. The rerun was initially expected to take place in a few days.

Telia Urey, the All Liberian Party candidate, along with independent candidate Bishop Siebo Frank, had filed separate complaints following the July 29 polls, claiming that there were electoral irregularities that amounted to electoral fraud at the six precincts.

Urey currently leads with 42.68 percent of the total votes from 74 of 94 polling places tallied so far. She is closely followed by Kamara, who has 41.48 percent.

Meanwhile, President George Weah has called on citizens of the district to freely vote for the candidate of their choice and avoid engaging in any violent activities.

Weah also called on leaders of contesting political parties to admonish their supporters to behave orderly and refrain from acts that are outside the confines of the law.

â€œThey should not encourage unruly or violent behavior, neither should they stand by while their supporters resolve to acts of aggression which threaten the safety of other law-abiding citizens,â€ he said in a pre-recorded speech played on the state-owned ELBC Radio on Friday morning.

â€œPolitical leaders will be held accountable for disruptive behaviors regardless of their political affiliations,â€ he stressed.

â€œAs I said recently, electoral violence in any of its forms will not be tolerated, and individuals who would disrupt the peace will face the full weight of the law. This includes not only the perpetrators themselves, but also those who incite and provoke hatred and violence, because they bear the greatest responsibilities for this, and are equally culpable for the ensuing mayhems and destructions.â€

He also stressed NECâ€™s statutory obligations to conduct elections in an organized, professional, and transparent manner. The president said in an event of disputes or challenges, the commission is also expected and required to meticulously follow the dispute settlement mechanism provided by law.

â€œLet us show each other and the world that Liberiaâ€™s democracy has come of age and that our democratic institutions are matured and adequately to the task at hand,â€ he added.

Following the order for the rerun of voting to the selected precincts, there have been reports of violent incidents, particularly against the Telia Urey and her supporters. In a recent report, Urey and more than 15 of her supporters were injured allegedly by Weahâ€™s CDC.

The incident was condemned by the president and diplomatic missions, such as the embassies of the United States and E.U. member states in Liberia.