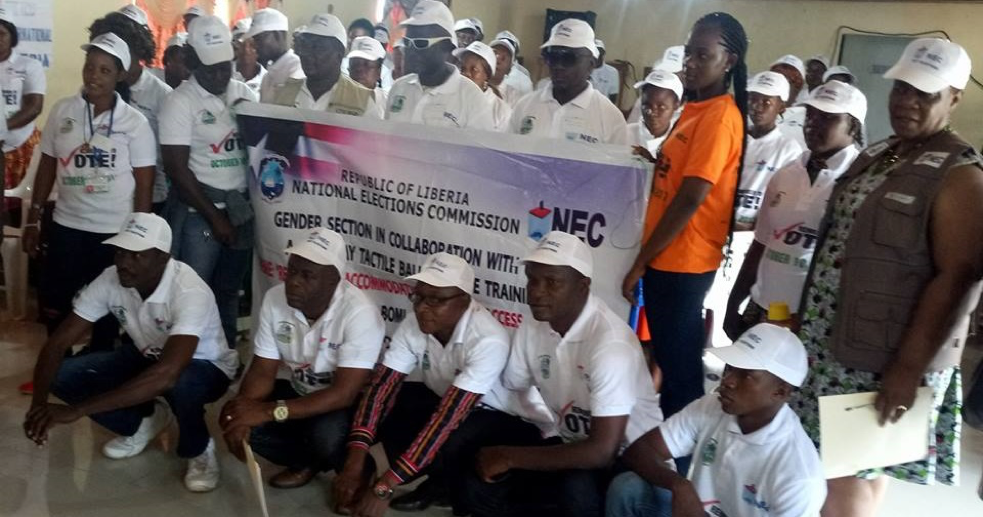 KAKATA, Margibi – The National Elections Commission has completed a regional trainer of trainers workshop in Kakata to train people with disabilities on how to properly and independently vote using the tactile ballot guide.

The training brought over 50 participants from Margibi, Grand Bassa, Lofa, Bong, Rivercess, and Sinoe and lasted for two days.

According to Sarah Toe, who represented NEC, the tactile ballot guide is to help the visually impaired, elderly, and illiterate to vote independently without of the use of an aid. She noted that the project is funded by the Irish government and the European Union through the United Nations Development Programme.

Toe said NEC was seriously ensuring that everyone was included in the electoral process, and people who are physically challenged are no exception.

“Rather than looking for the picture of their candidate or the sign of their political party, they can use their fingers to count the numbers to be able to choose their candidate,” Toe said.

She said the guide will not only be useful to those with visual impediment; elderly people and “persons who are unlettered” could also benefit.

The participants expressed gratitude to the elections commission and its partners for including them in the process for this election.

In 2005, 2011, and 2014 elections, there were not tactile ballot guides available and those who were visually impaired had to be accompanied by someone who assisted them with their vote. But that method came with the possibility that the disabled could have been misdirected to vote against a candidate of their choice.